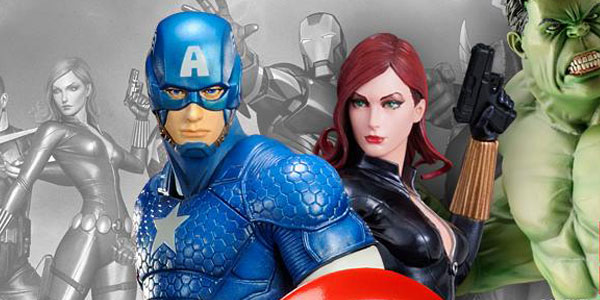 Kotobukiya reveals the third Avenger in their ARTFX+ collection

I’m definitely excited for Kotobukiya’s Avengers ARTFX+ series.  The New 52 collection they have been making for DC are incredible and go great together, but I’m a Marvel guy at heart so it’s these latest heroes that really bring it home for me.

We’ve already seen Black Widow and The Hulk, and now Koto has revealed the final design of Captain America, and he’s pretty solid.  The detail and realism of the past statues has definitely made its way to Cap, and each armored plate and strap and bit of piping is realized perfectly here.  I’m not completely sold on the stance for the hero, but I like the sense of motion in the Marvel Now! ARTFX+ sculpts, which was lacking in the more neutral New 52 line.

Check out some images of Cap below, along with more details from Kotobukiya… Look for this Avenger to be released next Fall. 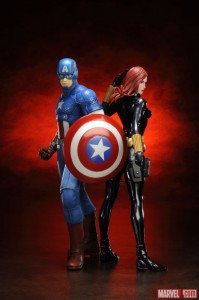 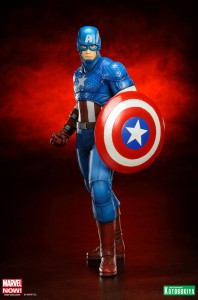 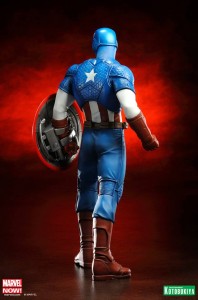 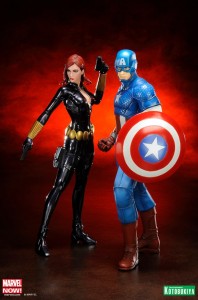 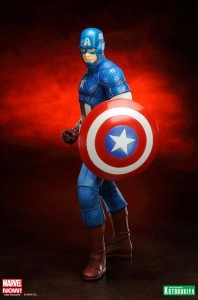 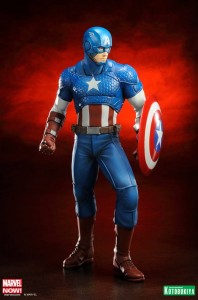 A Kotobukiya Japanese import! Marvel Comics is the next great property to get Kotobukiya’s ARTFX+ statue treatment, and so of course the first series is none other than the Avengers, specifically the characters as they appear in Marvel Now! In 2012 the comic book company relaunched several titles, shifting some characters into different books and updating some for a modern audience. More than anything, it provided a perfect jumping on point for new readers. Now the characters are brought to life as never before based on concept artwork by superstar artist Adi Granov. Following the initial releases of the Incredible Hulk and Black Widow comes the team leader and patriotic American hero, Captain America!

Created in 1941 by Joe Simon and Jack Kirby to represent opposition to Nazi Germany, Captain America combined superhero stories with patriotism and the fight against oppression in the world. Recruited into a secret “Super-Soldier” program, Rogers was given a serum and radiation that transformed him into a paragon of human athleticism. Now Captain America steps up and joins this new lineup with a powerful intensity in his face and pose as he strides forward, shield at the ready! Steve wears his current armored version of his traditional red, white, and blue costume complete with tight-fitting cowl adorned with an “A” for America, intricate scale pattern across his upper chest, striped lower torso, and sturdy belt and boots. Of course, it’s the star spangled shield that really draws in your eye, worn on Cap’s left forearm and ready for offense or defense as the situation requires.

Sculpted by Junnosuke Abe (RESTORE), Captain America stands 7 ½ inches tall (in the ARTFX+ 1/10th scale) on his included magnetic display base. Display this new incarnation of the quintessential American hero on his own or alongside previously released Hulk and Black Widow statues as well as the upcoming Hawkeye, Iron Man, and Thor to round out your Avengers ARTFX+ collection!