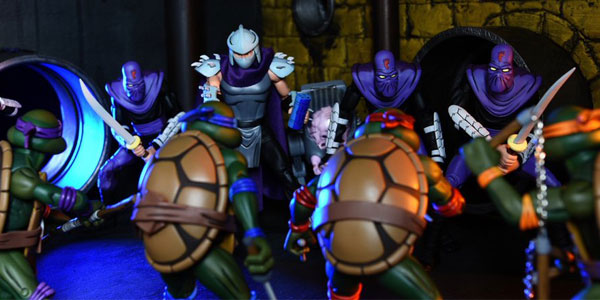 NECA might win the battle of the Comic-Con exclusives two years in a row, thanks to their stunning TMNT Animated Series box set.

In 2016, NECA made huge waves with the awesome TMNT: The Arcade Game box sets, which captured the Heroes on the Half Shell, along with The Shredder and the Foot Clan, in perfectly pixelated glory.

Now, NECA is doing it again with an even more ambitious box set, including EIGHT figures inspired by the classic Fred Wolf animated series.  The new set features all four Turtles, repainting the beautiful sculpts of the Arcade Turtles, with all new accessories and cartoon accurate paint apps. They’re perfect renditions of the Turtles from what is arguably their most iconic look, and on their own, these guys would be worthy of attention… but the inclusion of Shredder, Krang, and a pair of Foot Soldiers also based on the cartoon, this set is elevated to MUST-OWN for any Turtles collector.

The Foot figures are extra exciting, considering the toon accurate new tooling (Krang and his walker are all new sculpts, of course, but the majority of Shredder and his ninjas is also original here).  And they sport a ton of cool, goofy weapons and accessories seen on the show, which up the silly sci-fi aesthetic and gleefully ignore the ninja origins of these characters.

NECA’s new TMNT release also ups the packaging game– a weirdly escalating phenomenon when it comes to SDCC exclusives– opting for utility and nostalgia in equal measures. Instead of a basic cardboard box, these figures come packed in a retro-style vinyl figure case (complete with black plastic inlays), which any child of the 80s will likely recognize.  They even tapped Ken Mitchroney, one of the main artists of the Archie TMNT comic books from the late 80s and early 90s, to create all new artwork for the case, illustrating a battle between the Turtles and the Foot, in front of the San Diego Convention Center. I love it!

The TMNT Animated eight-pack costs $200, and will be available at NECA’s booth at Comic Con, as well as in limited quantities for non-attendees at TheNECAStore.com. Non-attendee pre-orders for this and several other NECA Comic Con exclusives will go live on June 20th. Good luck! 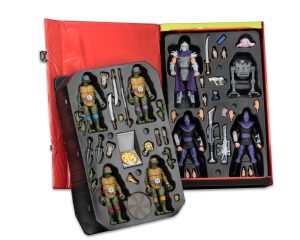 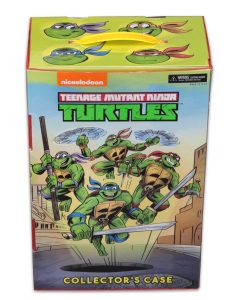 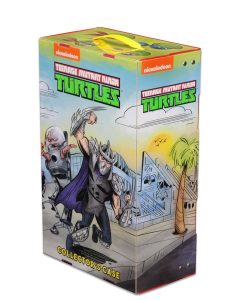 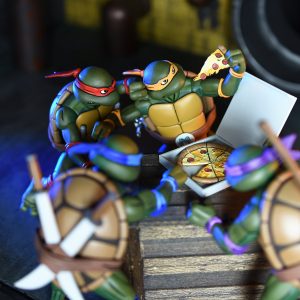 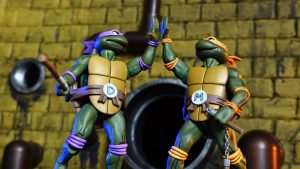 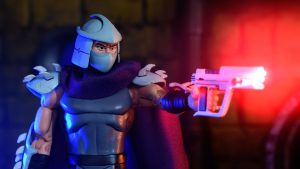 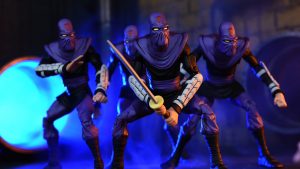 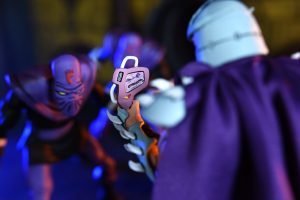 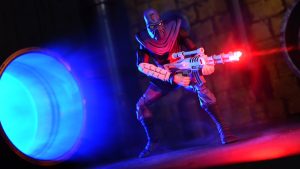