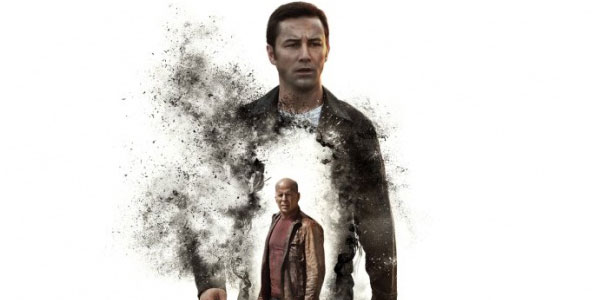 Just over a month until Looper hits theaters, and Sony is playing (viral) games with the final posters.

I’m very excited to finally see Looper when it hits theaters this September. The trailers look amazing, the glimpses from Comic Con even better, and all the advanced word I’ve heard has been this is going to be one smart, entertaining Sci-Fi film, in the vein of Primer.

Sony is rolling out some final artwork for the movie with some viral games online, and the first poster has been revealed: 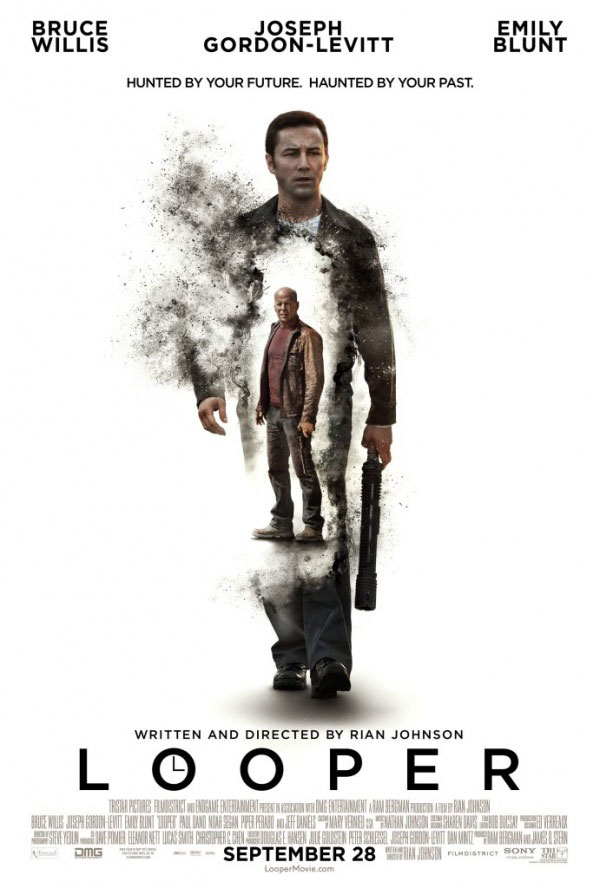 It’s a pretty neat poster, showcasing our two (or one, depending on how you look at it) characters, and it looks pretty unlike the typical action movie posters with now floating heads, fire, and only a small, prudent bit of crap flying around.  It still astounds me how different Joseph Gordon Levitt looks in this movie– in this shot he doesn’t look like a young Willis, but he certainly doesn’t resemble himself too much, either.

There’s a second new poster that will be reveled through The Looper Network… the last poster will supposedly be revealed when they get enough people joined in the network– I didn’t do my part yet, as the site didn’t much care for my profile photo (or my fake “I.P. Frehley” virtual signature), but tomorrow’s Friday so I highly suggest you spend the end of your workweek checking out their site and getting amped for this movie.