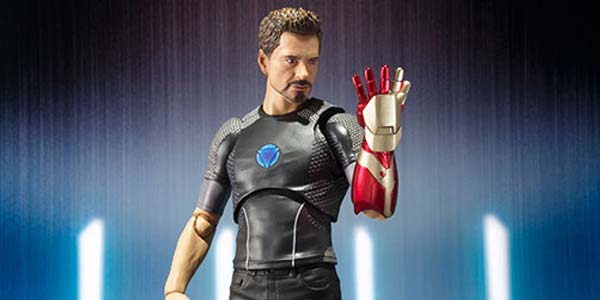 This might be the most exciting addition to Figuarts’ Marvel collection, ever.

Considering the years of near-constant exposure– both in films and the toy aisle– it’s sort of shocking that we’ve never seen a mass retail release Tony Stark 6″ figure.  Sure, a few Legends have gone so far as to reveal Robert Downey Jr’s visage inside his suit of armor, but there’s never been a figure that’s more man than machine, to borrow the phrase.

Thankfully, Tamashii Nations is rectifying this long-running problem with the Tony Stark figure being released later this year.  Based on Tony’s appearance in Iron-Man Three, Stark stands 5.9″ tall, and is decked out in his black t-shirt and pants, with his arc reactor glowing inside his chest.  S.H. Figuarts just revealed some official shots of Tony, and he promises to be one incredible action figure.

The all new sculpt looks outstanding, with a totally screen-accurate costume and a nice Downey portrait.  This was my favorite look for Tony in all the Marvel movies, and the Figuarts toy will sport an added feature to make him even more fun– swappable armored arms and legs.  Tony can be fully casual, or in any number of partially-armored states thanks to the Mark 42 forearms and lower legs packed with the figure.  This is such a great idea– simple to execute, character appropriate, and loads of fun.

Stark will also include a light-up workshop base, and measuring in at 5.9″, he should fit in fairly seamlessly with the other Figuarts Avengers… OR Hasbro’s Marvel Legends.  This figure is due out in October, and should set you back about $60.  There’s no chance I won’t be pre-ordering this bad boy.  These photos should explain why more effectively than I ever could: 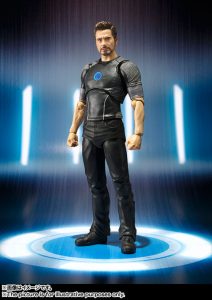 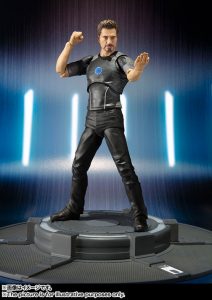 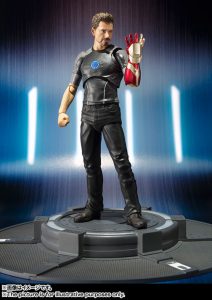 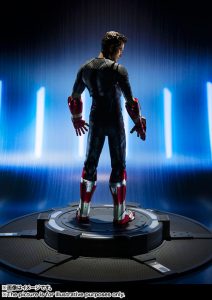 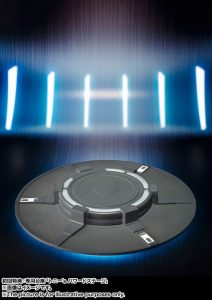