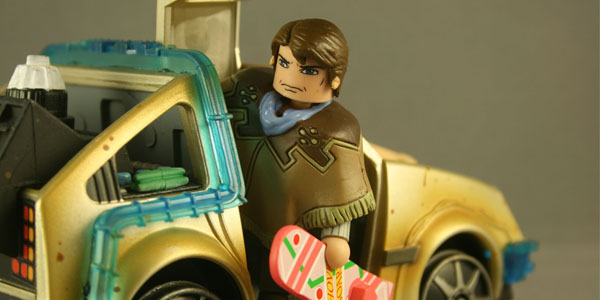 The Delorean gets a make over in 1955, to go back to 1885, and another makeover to get to 1985. Marty and his hover board add to this Minimates set. We are in the future and Diamond Select Toys and making sure we don’t forget the movie that brought everyone here over 20 years ago. The newest Minimates to hit speciality stores is the railroad ready Delorean. The hood modifications from the 1955 Doc and railroad wheels for the trip home, round out the details for this classic car. The car has a thin layer of dust from all the off roading Marty did at the beginning of the film, and makes it stand out from the other versions released. The the body of the car is the same as the other versions released a few years ago. The hardest thing to do with the care is apply the stickers. I like to put them as close to the right position as possible, but the tight front seat made it almost impossible to put it in the right spots. I had to unscrew lower part of the car to get to the front dash, and get the stickers to where they needed to be. This is mainly a collectors item, so many collectors won’t mind making the modification, but if this was for kids there is no way to put the stickers in the right spots.

Like all other versions of the Delorean this one also comes with a minimate, and this time it is end of the third movie version of Marty in poncho. There are two looks for him; full Eastwood or dressed down. He also has a hoverboard, and if you get creative he can recreate one of the final scenes of the film.

This is a fun set to round out the cast and scenes from the film. The price is just right to make it worth getting, but only is available at specialty stores. The comic shop I buy my minimates at only got one in stock, so you might want to grab this now before the ebay prices make a jump. 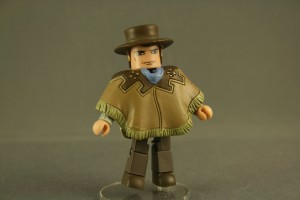 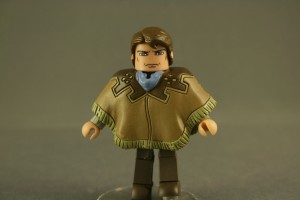 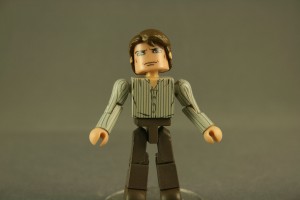 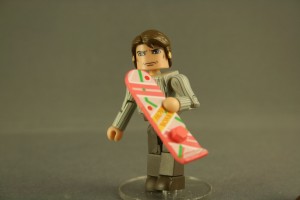 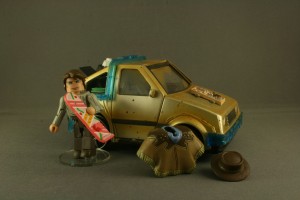 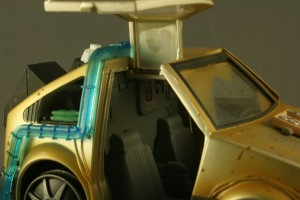 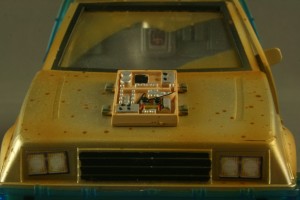 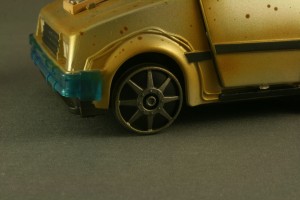 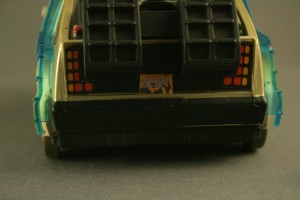 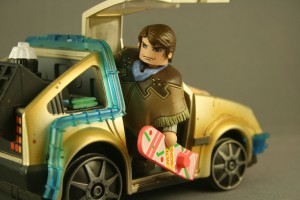