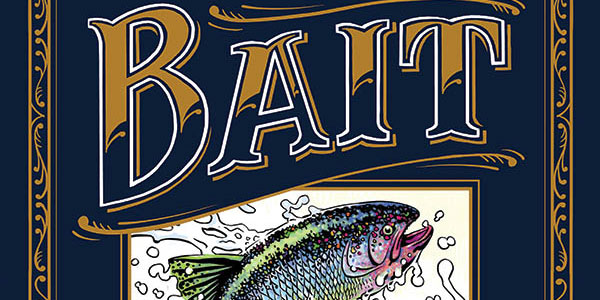 The author of Fight Club and Dark Horse are teaming up to deliver what might be the most hardcore coloring book ever made.

If there’s one trend in 2016 that’s simply begging to be skewered, it’s gotta be adult coloring books, and I can’t think of a better person for the task than Chuck Palahniuk.  This October, the author is releasing Bait, a collection of (most likely) twisted and (most definitely) colorable short stories.  He’s teaming up with artists including Lee Bermejo, Kirbi Fagan, Duncan Fegredo, Alise Gluškova, Joëlle Jones, Steve Morris, Tony Puryear and Marc Scheff, each of whom will provide black and white illustrations based on all new short stories penned by Palahniuk.

The last time Palahniuk released a short story tome, his live readings notoriously caused some audience members to literally pass out, and based on the story descriptions for Bait, this book may well continue that inglorious tradition.  Here’s what we know of the new stories:

Oh man… there’s so much awesome/ awful potential in there!  Palahniuk himself seems more than game to enter this new medium of publishing, saying “Maybe between your colors, the artists’ designs, and my stories we can create something that endures. Something worth keeping. Let’s create a well-bound book that can sit on any shelf and be available for a new generation to discover and enjoy.”

You can check out a few preview illustrations from Bait below.  Look for the hard cover, hardcore coloring book to be released this October. 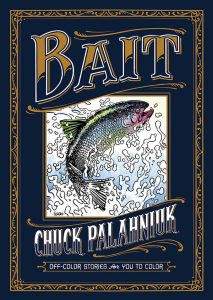 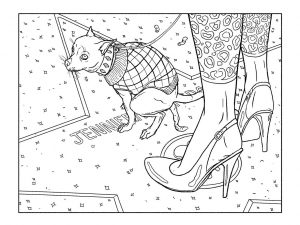 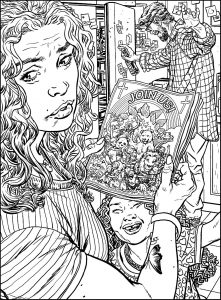 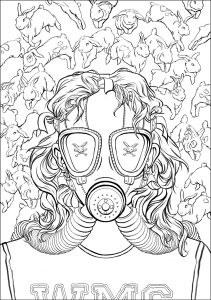