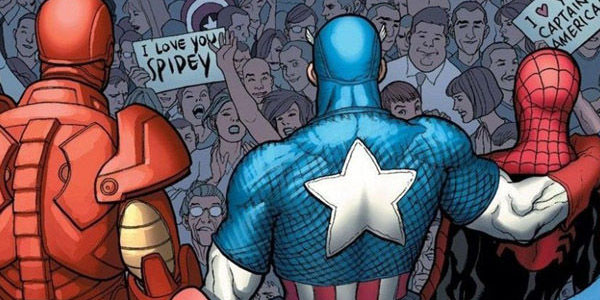 Civil War is turning out to be one of the biggest Marvel movies today as the cast grows even as filming wraps.Filming wrapped this week, but there are reports the cast snuck in one more cameo before finishing. Heroic Hollywood is reporting Tom Holland might not be the only Spider-man character who joined the cast. Marisa Tomei was spotted on set right before they wrapped, combined with the pictures of Peter’s room a few weeks ago, it looks like Aunt May might have filmed a scene or two.

This is the first time for characters of the Spider-man world to be mixed in with the Marvel universe. I wonder if this will be closer to the Ultimate world where May knows his secret or of it is just a quick cameo after Peter’s battle with Cap and the rest of his Avengers team.

The real questions is with Spidey added when will Fox finally give back the rights to Marvel and make this a true Marvel world.