Clayface Is Ready For A Splat Attack 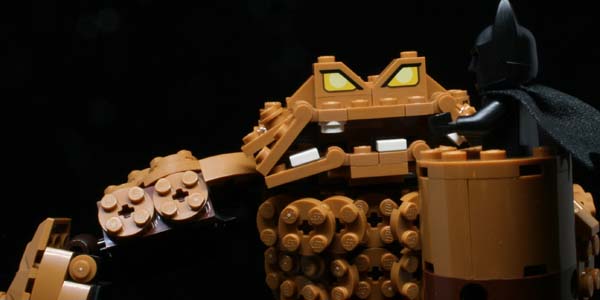 The LEGO Batman Movie is just days away and one of the most fun sets hands down is Clayface’s Splat Attack.

Sometimes you want a minifigure to be perfect, and sometimes they just don’t cut it. Clayface as a minifigure would have been a horrible idea, but as a full size build he is perfect. He has appeared in games as a normal size figure, but in this case he is giant. Everyone has been talking about this build since he popped up in trailers, and he was worth the wait. You would think with a figure like this he would not have options to change his face or body like a real minifigure, but he does have those features. You can change his eyes to look mean or worried, change his mouth to give a different expression, or his hand from a shooter to a hammer. 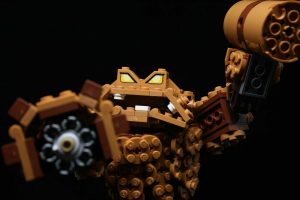 The other two minifigures are the Mayor, voiced by Mariah Carrey who did not forget any lines in the film, and another Batman. Nothing special with the Batman, but the Mayor has a duel sided head and a little mini-build. The mini-build is a clay trap for an minifigure, which is made for any minifigure.

The only thing that would make this better is a little better range of motion on the arms, and maybe some flay bricks or different colors. You can see in the pictures that the underside of the arms are in gray, which stands out on this figure, there are flat bricks that could have hidden this or making those the same tan as the other bricks. It would have made building instructions a little difficult but would have made a good set great.

Four more days until the movie is open and I have to say it is amazing. 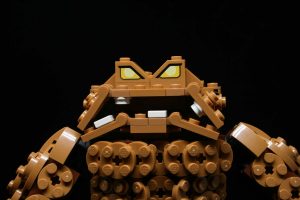 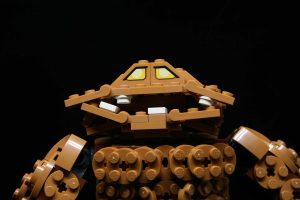 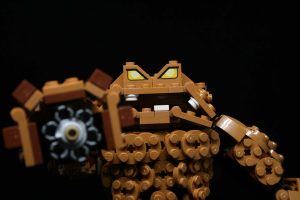 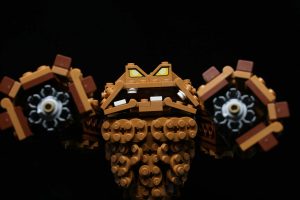 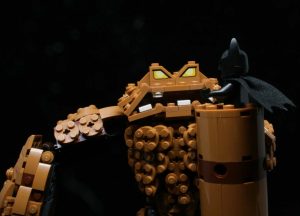 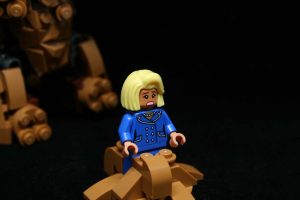 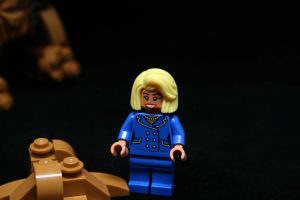 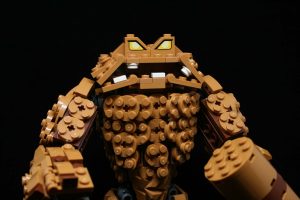 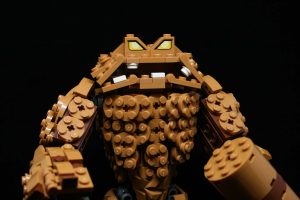 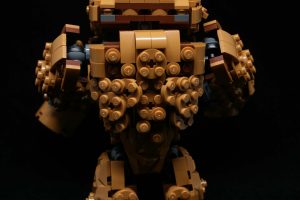