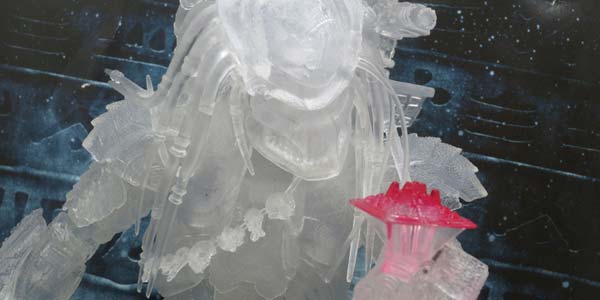 It’s transparent that NECA’s new Comic-Con exclusive Predator is awesome (and that’s the one and only clear plastic pun in this review, promise).

Once again in 2016, NECA has carried on their long tradition of releasing a clear plastic “stealth” style Predator action figure as a Comic-Con exclusive.  In keeping with one of this year’s big trends within the long-running line, the latest addition to the series is an AvP variant, featuring a cloaked Scar Predator cast in clear plastic.

The figure shares the same outstanding tooling as the full color edition of masked Scar, and the new transparent pallet not only gives the hyper-detailed sculpt an entirely new look, but also gives us a glimpse of the amazing construction of the figure, in all its super poseable glory.

Scar is packed with pretty much all the standard accessories– he gets a plasma cannon with removable backpack, a spear, a knife with leg sheath, and two extended wrist blades.  Each piece is recast to match the figure’s clear plastic, but the twin blades are also covered in fresh blood, which– while not exactly stealthy– creates a very cool aesthetic.

We also get one all new piece with this SDCC edition, a translucent red hologram map of the Temple from the film.  The piece is packed with an astonishing about of detail, considering its tiny size, and it plugs into the figure’s wrist computer quite well, allowing for a great ‘Predator looking at his map’ pose.  The coolest thing about this accessory is, it can be shared with any of the AvP Predator figures. adding another great piece to their overall arsenal.

Sadly, the Stealth Scar Predator was only available at Comic-Con this year, so if you missed the show, you’re basically out of luck.  I’m hoping NECA can find a way to re-introduce the great map accessory with a future AvP release, because it’s far and away the highlight of this set. 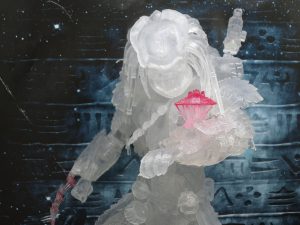 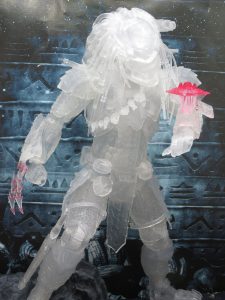 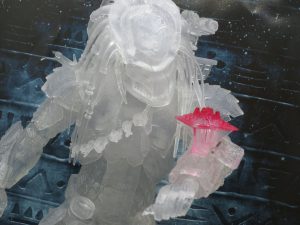 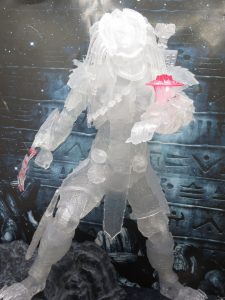 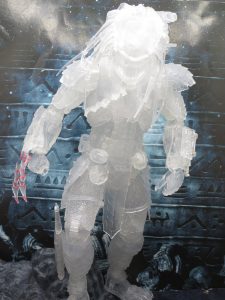 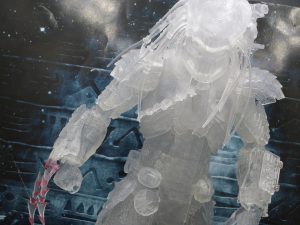 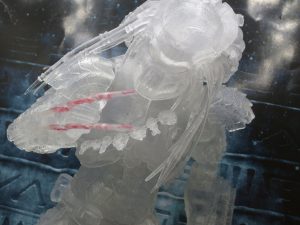 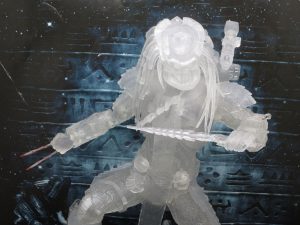 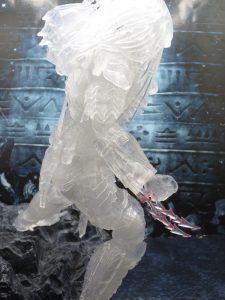 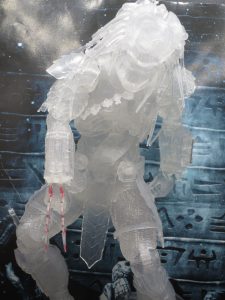 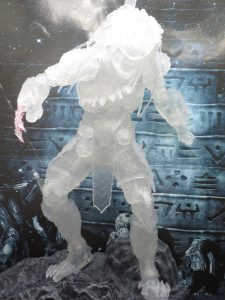 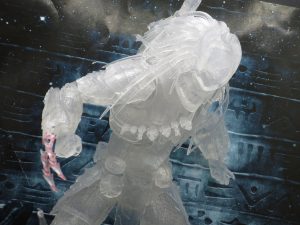 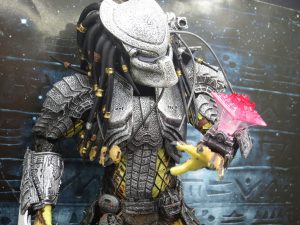 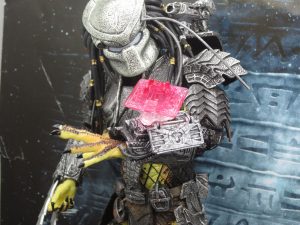 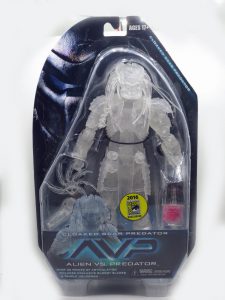 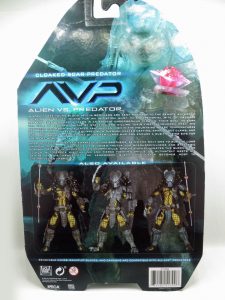 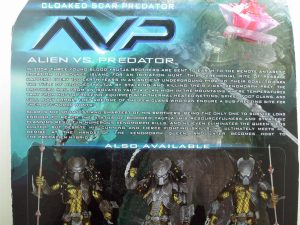