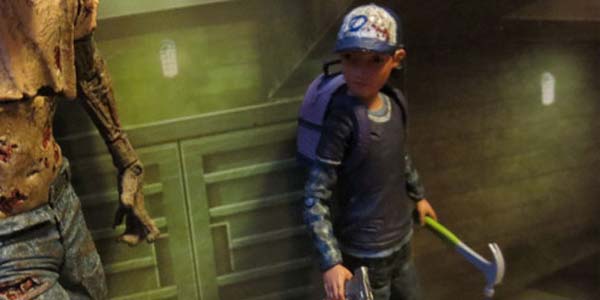 Since the beginning, McFarlane Toys has split their Walking Dead collection between TV and comic lines, delivering characters as they appeared on the AMC show, as well as Kirkman’s original comic book.  The latest figure in the overall series, Clementine, expands our Walking Dead world even further.  Clem is from neither the TV series or comics, but a main character in Telltale’s Walking Dead video game series.

After a number of misfires in the game department, Telltale’s episodic foray into The Walking Dead blew many players away, and at the center of it all– in terms of story and emotion– there was Clementine.  That being said, I’m glad McFarlane and Skybound realized our 8-year-old hero in toy form, and thanks to the excellent sculpt, she can fit in wonderfully with both her comic or TV counterparts.

Clementine is an all new sculpt, and she is quite frankly one of the most realistic looking “kid” action figures I’ve ever seen.  The figure features every detail of this beloved character, from her pigtails and striped t-shirt, to her removable purple backpack and that iconic baseball cap.  Despite her small size, she packs on an admirable amount of articulation (ball neck, ball shoulders and hips, half-ball elbows and knees) and she can hold her weapons of choice– including a pistol and a hammer– quite well.

This figure was released as a Skybound exclusive on Black Friday, and she’s available now in two variants:  standard and bloody.  I opted for the standard look, but either option makes sense for the character, in my opinion.  I’m curious to see if Clementine will be a one-off figure, or a way for McFarlane to test the waters in regards to more Telltale/ video game figures.  Regardless of how that turns out, Clem is the perfect figure to start with, and she’s the latest great edition for the increasingly awesome Walking Dead toy collection. 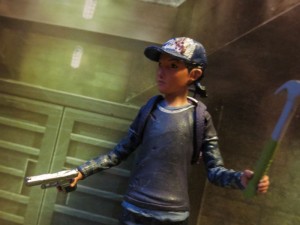 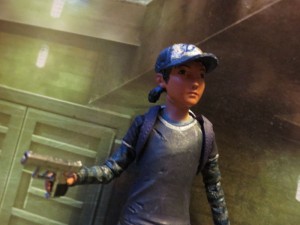 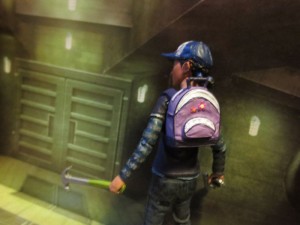 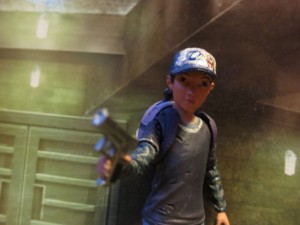 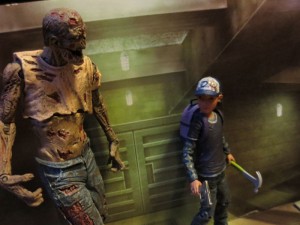 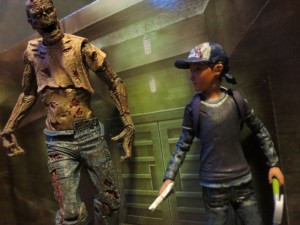 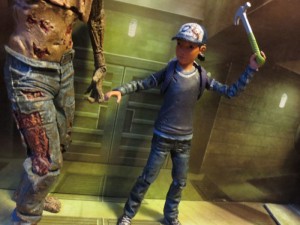 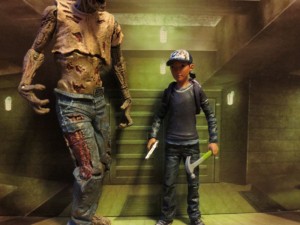 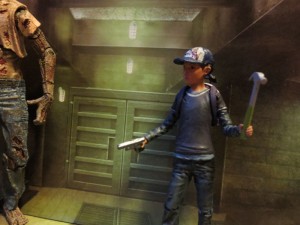 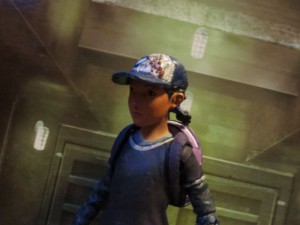 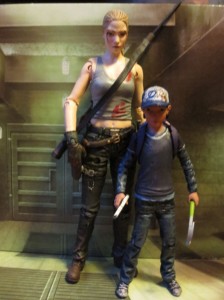 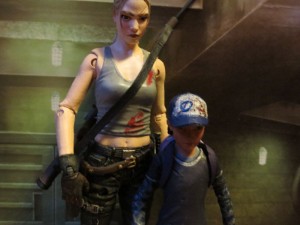 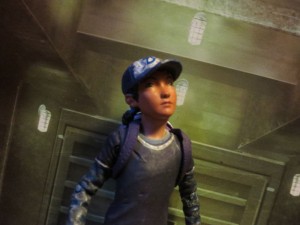 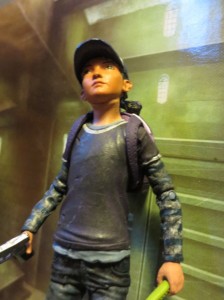 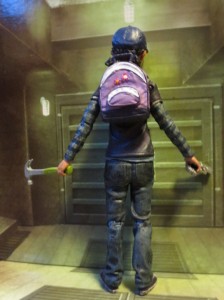 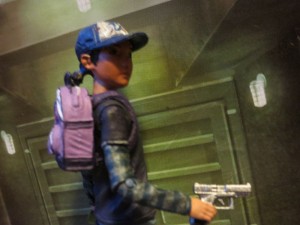 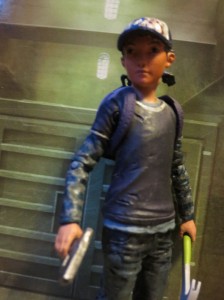