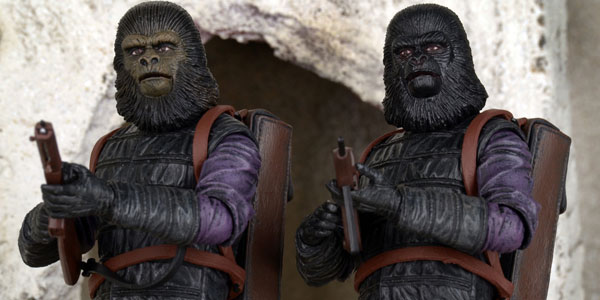 I can’t wait to get my paws on these damn dirty apes.

NECA is going forward full speed with their classic Planet of the Apes collection, and the next release is going to be a very cool one, especially for army builders– a two-pack of Gorilla Soldiers to start amassing an army of human enslaving warriors.  The two-pack features two apes with new head sculpts and loads of new gear, including backpacks, snares and more.  Adding these two to the single release soldier and the pack-in figure being offered at Target along with Dawn of the Planet of the Apes means you can have a nice little Gorilla army with very minimal effort and no repurchasing… I love that!

Here’s some images of the new Gorillas, as well as some info from NECA.  Man oh man, do I hope we get a horse like in the concept photos below!

Our latest Toys R Us exclusive is a double threat! From the classic Planet of the Apes movie, fill out your ape army with this special 2-pack of Gorilla Soldiers. It comes extra-loaded with accessories, including snare sticks, the dirty-human-catching tool of choice for all well-trained ape infantrymen.

Check out the images below, and look for the Gorilla Soldier 2-Pack in Toys R Us stores in November! You can also pre-order the figure on the TRU website: Click here to pre-order

Build your gorilla army and defend against wild humans with these detailed action figures from the beloved 1968 film, Planet of the Apes! This special 2-pack contains two Gorilla Soldiers, fully poseable and entirely faithful to their look in the original movie. Each figure stands approximately 7″ tall. The 2-pack is loaded with accessories, including 2 removable backpacks, 2 clubs, 2 snare-sticks, bayonet rifle, submachine gun, and interchangeable hands. 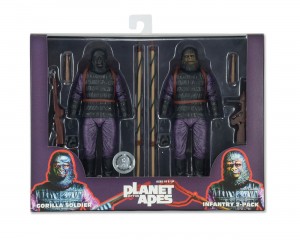 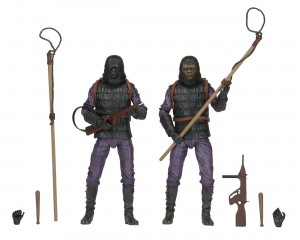 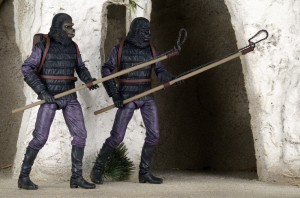 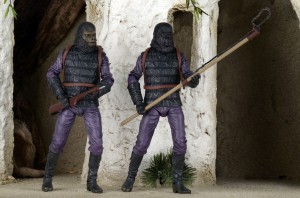 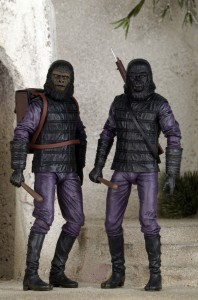 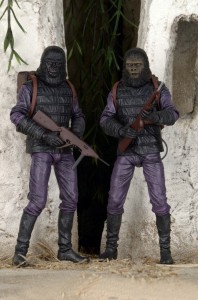 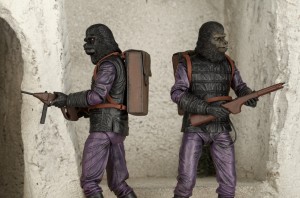 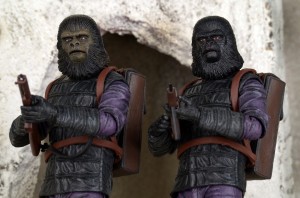 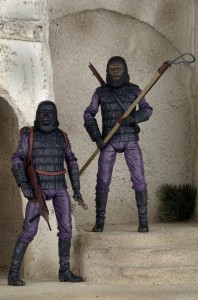 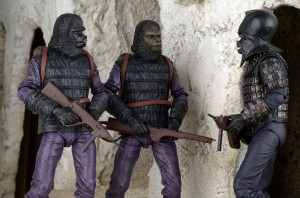