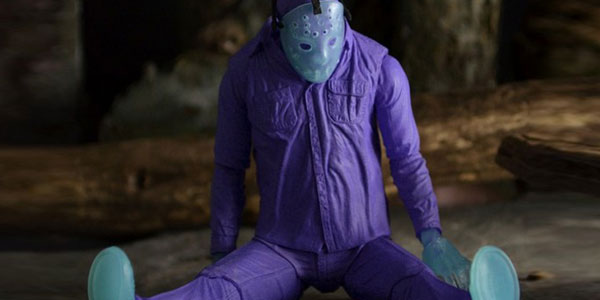 Get some new looks at NECA’s NES Jason, who seems to be on track to become one of the most in-demand Comic Con exclusives of the year.

NECA definitely struck a chord with the reveal of the NES game Jason Voorhees Comic Con exclusive.  I haven’t talked to many people who haven’t admitted they really want one– something about our collective ire for the truly terrible game has given way to nostalgia, and NECA captured all of that into this figure.

Well, I guess I should say figure AND packaging– because the old school NES box-style package for this purple slasher is as killer as the figure inside!  I love the weathering on the corners of the box, the Nintendo seal-style NECA logo, and especially the Game Over screen on the inside flap of the window box.  NECA really outdid themselves with this exclusive.

The toymaker has also revealed a bunch of new photos of the highly-desired Con exclusive, including plenty of packaging shots and a video that demonstrates the figure’s glowing effect.  Check them out below, along with the latest on the figure from NECA:

The 1989 8-bit Friday the 13th has been rightly called one of the worst video games of all time, and like anything truly terrible worth its salt, has built a considerable cult following as a result.

We love Friday the 13th. New, old, original, sequels, Freddy vs. Jason, it doesn’t matter. And when it comes to saluting our cult heroes (or villains, as it were), we’re keen to embrace what most consider missteps along the way.

Complete with glowing hands, feet, mask and weapons, the Video Game Jason Voorhees Action Figure brings new life to the horror icon’s appearance in that lost classic of lousy gaming, and it’s just the kind of cult item we love to bring with us to Comic-Con. 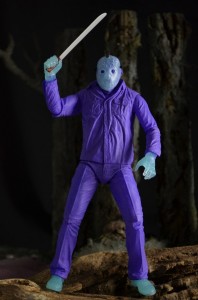 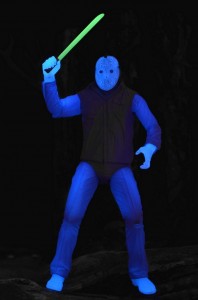 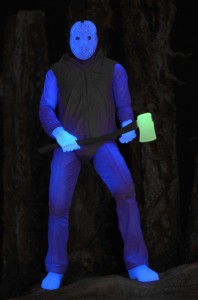 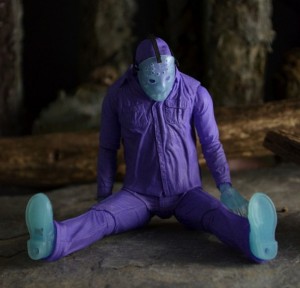 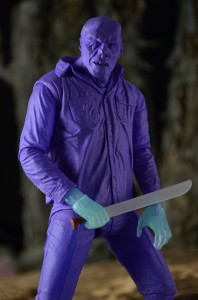 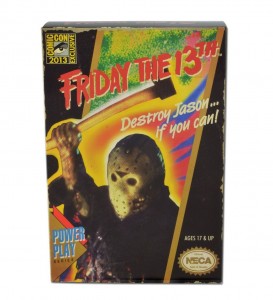 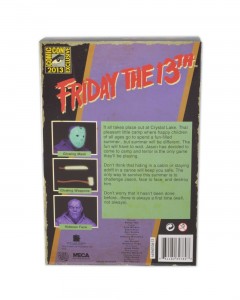 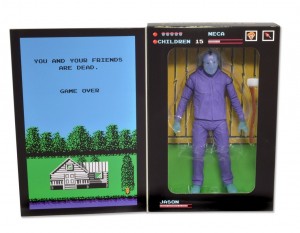 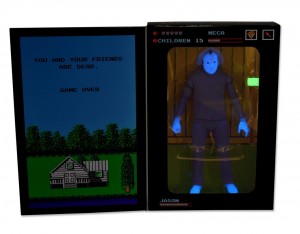