A Closer Look at The Walking Dead’s New Daryl Dixon 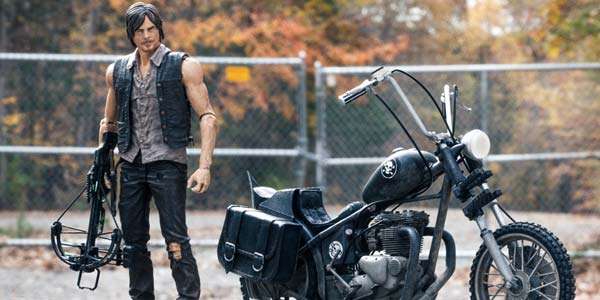 McFarlane Toys shares some new images of their new figure based on The Walking Dead’s break out hero.

I’m glad fan favorite Daryl Dixon is finally getting a figure worthy of him.  The Series One toy wasn’t awful, but McFarlane has stepped up their game so much in the past few waves of Walking Dead toys that Norman Reedus’ resident badass was starting to stick out among his more poseable, better looking plastic brethren.

Daryl will be the first deluxe release from the AMC show inspired toy line, packed with his brother Merle’s chopper in a nice window box (which you can see in one of the images below).  It’s a nice set, and these new photos only prove once again how well McFarlane’s team did on really nailing the character this time out.  The bike looks great, and I love all the detail packed into Daryl, from the angel wings on his vest to the boots.

The only downside is, according to McFarlane’s website the set has been pushed back to April, a month behind the initial release date.  For a set this cool, I’m willing to wait without a fuss.  Check out the photos and more details from McFarlane.com: 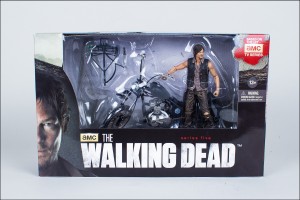 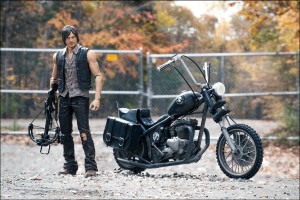 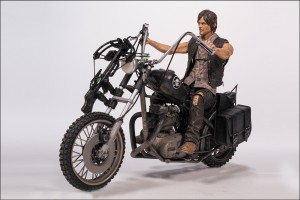 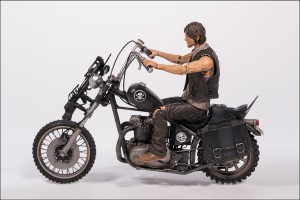 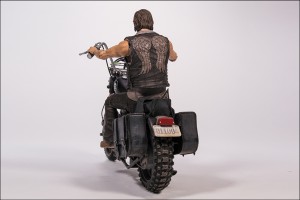 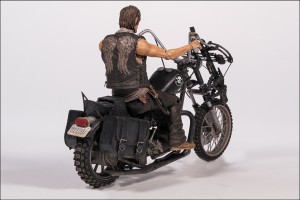