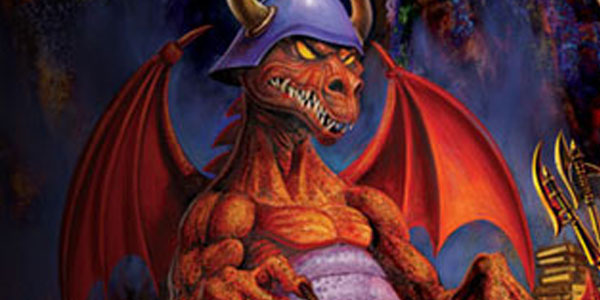 The centerpiece of this year’s Masters of the Universe Classics collection gets some all-new box art, which Mattel shared out to their Club Eternia subscribers.

Mattel has once again used their Club Eternia subscription mailing list to reveal a cool new bit of info on the upcoming Granamyr figure… a first look at the giant dragon’s all-new box art.  Commissioned by Rudy Obrero (who has contributed the artwork for the Club Eternia maps as well as the vintage Castle Grayskull box), the painting conveys an nice, retro fantasy feel that I really love.  Whether I love it enough to bite the bullet and clear off a shelf big enough for the 23″ beast is another question, but thankfully I’ve got until December to decide.

What’s coming up much sooner is the deadline for the 2013 Matty Collector subscriptions, a topic on which I’ve been pretty quiet. There’s a lot of problems with Mattel’s track record, but credit where credit’s due– they’ve been improving (very) slowly but surely, and rolling out cool new ideas like these e-mail sneak previews which cost them nothing and really help make the Club idea seem more special. 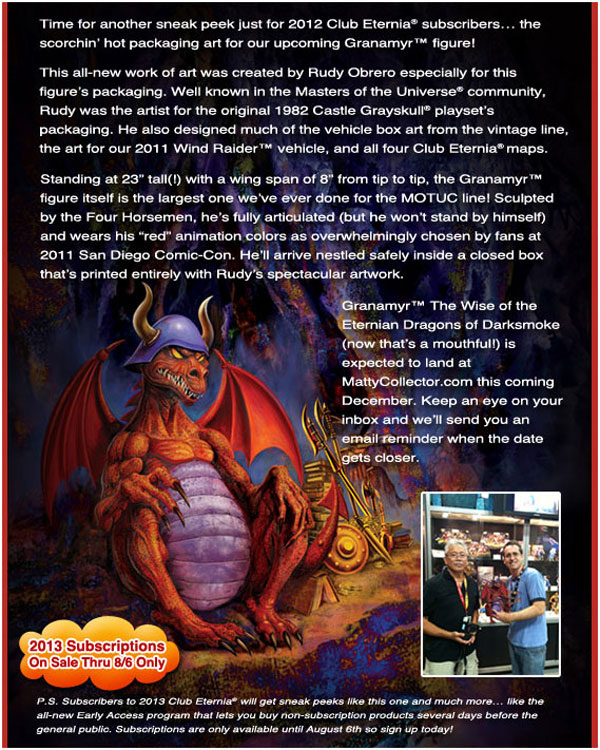 In any event, the 2013 subscriptions are only open until next Monday August 6th. I made my choice– the positives (some awesome figures, and delivered to me guaranteed) outweighed the negatives (junk like this year’s Star Sisters and Rocket Red and next year’s pilot 3-pack) so I picked up all three subs.  If you decide to do likewise, here’s the link to Matty Collector’s subscription page.