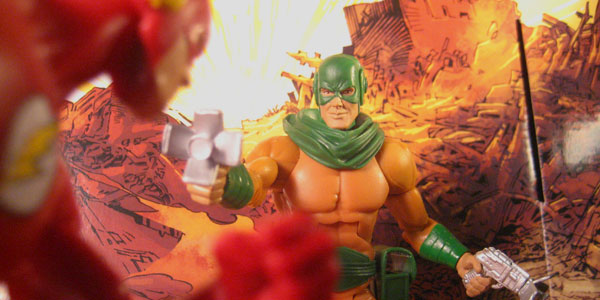 The August figure from Mattel’s Club Infinte Earths brings us Mirror Master, and the Flash Rogue is a perfect example of the DC Universe toy line at its best.

It’s taken four months– and a mix of figures ranging from pretty good to downright lousy— but Club Infinite Earths really kicks into gear with Mirror Master. Consistency has always been the drawback of Mattel’s DC Universe collection, but when they’re on target they really nail it… and there are few DCU characters to get the toy treatment better than the latest Flash villain. 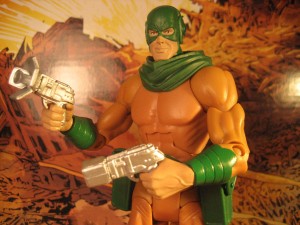 Like most DC Universe figures, Mirror Master is based on a generic buck, but the medium build and height work perfectly for the villain. More importantly, a few choice additions– namely the scarf, the all-new belt and the forearm gauntlets– help to distinguish Mirror Master as a unique figure. The figure sports a great new portrait, complete with a wicked smirk.  The Four Horsemen are hit-or-miss when it comes to sculpting character-appropriate expressions on their figures’ faces, but the Rogues mainstay looks absolutely perfect, with a face packed with attitude while remaining subtle enough to not seem out of place in the overall toy series. 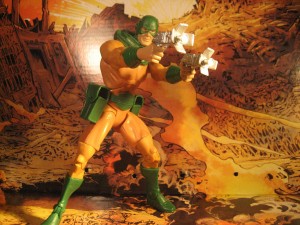 Mirror Master is dressed in his classic costume, and the orange suit with green details are clean and crisp, and make him stand out brilliantly whether squaring off against Flash or posing with his fellow Rogues, Captain Cold and Captain Boomerang. What really takes this figure to the next level are his twin mirror-guns, all-new accessories which are realized brilliantly. The guns are quite accurate to their comics appearance, from the pistol-esque handles to the boxy blaster on the muzzle. Each silver gun fits in a holster built onto Mirror Master’s belt, or they can be held in his hands (albeit loosely). Mattel took things even further to make these guns truly awesome– the closed muzzle of each gun is removable, and can be swapped out with an “active” version, which features the muzzle open and ready to fire!  It’s a simple and fun play feature that might not be necessary for an already-good toy… but turns Mirror Master into a GREAT toy. 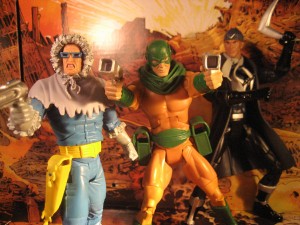 Mirror Master is one of the most impressive DCU figures I’ve seen in years.  He’s totally cool, completely classic and sports not only an excellent new sculpt but lots of great details like the mirror guns that really add to the overall quality.  Mattel’s DC Universe has lost some fans in the past year, but even those folks who gave up on the line, or opted out of Club Infinite Earths, really should do themselves the favor of picking up Mirror Master. He’s an outstanding addition to Flash’s Rogues, and the overall DC Universe Collection. 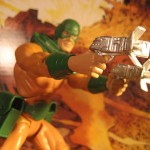 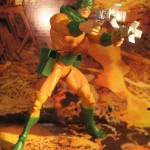 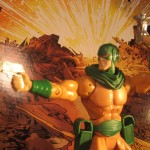 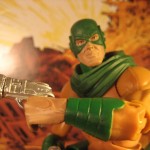 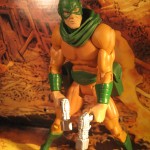 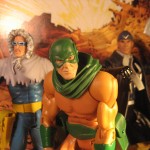 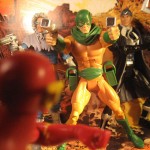 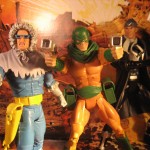 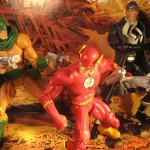 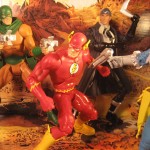