Get Your Coffee With a Side of Valiant Comics 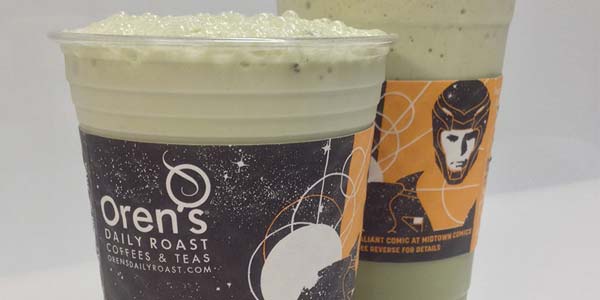 Coffee and comics synergy, at its finest.

If you’re in NYC, I would urge you to head out this weekend to Midtown Comics and/ or Oren’s Daily Roast, as both comic and coffee shop alike have teamed up with Valiant Comics for a fun little promotion.

The gist is this– Oren’s will be offering Valiant character-themed beverages this summer, starting with the “XO Manowar Green Tea Blast” on June 13th.  Each drink will have a special Valiant-themed sleeve which can be cashed in for a free Valiant comic at Midtown.

And if you bring any Valiant comic IN to Oren’s, they’ll give you 10% off… so it’s kind of a win-win.  But considering how good Valiant’s books have been since the relaunch just over two years ago… I guess it’s a win-win-WIN, since it’s free comics and discounted coffee, and good reads, all in one promotion.

If your head has stopped spinning from all the synergy flying around like XO Manowar’s lethal plasma cannon blasts, Click Here to find the Oren’s location nearest you.  And know I’m deeply jealous of you, city dwellers… So much so, that I’ve actually been considering a trek to Manhattan just for a goddamn Valiant-themed green tea. 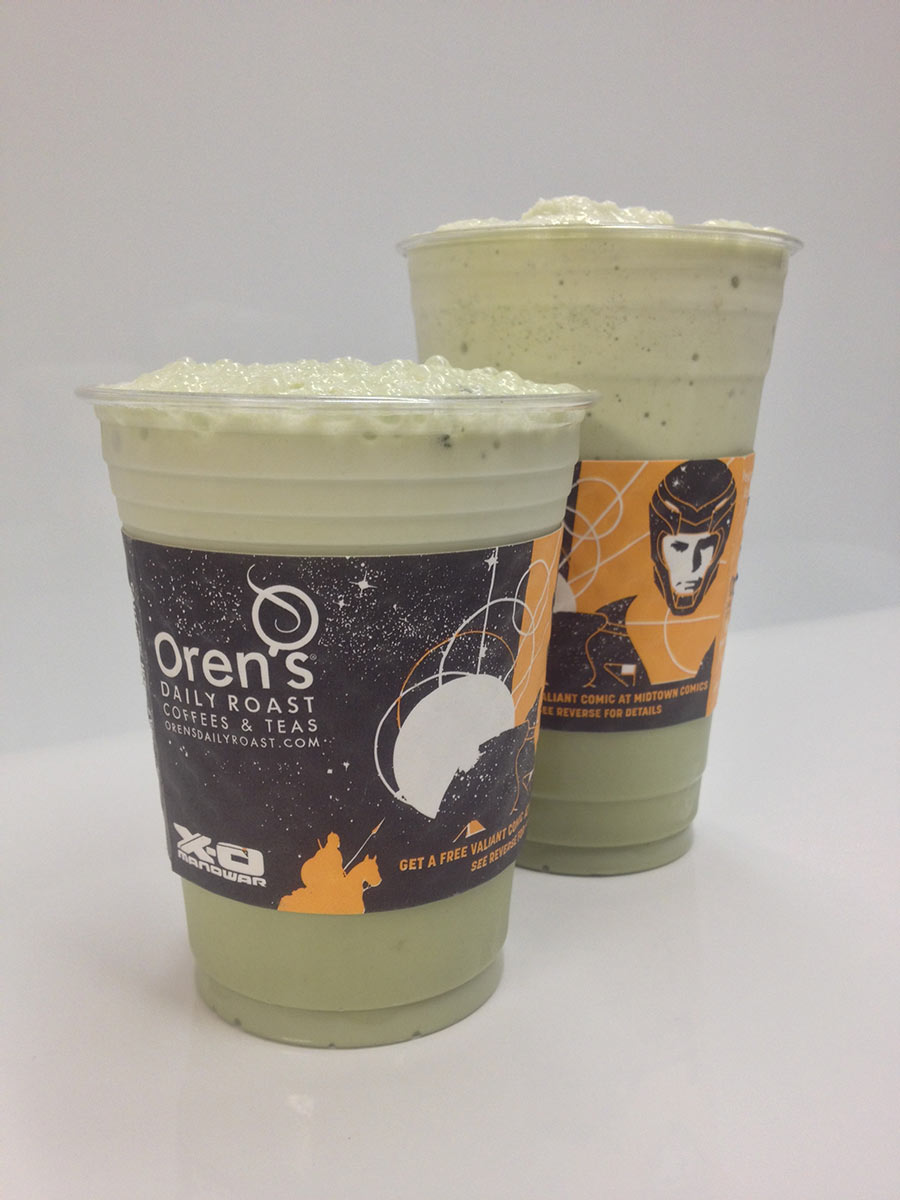