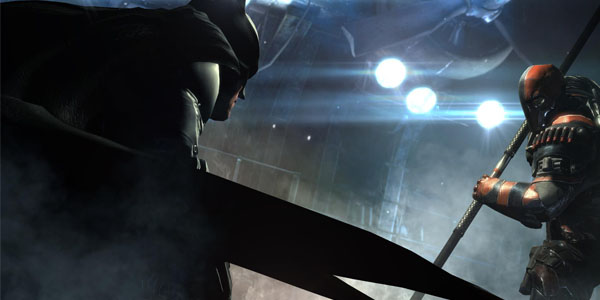 Arkham Origins is going to take Batman almost back to his roots. The prequel to the successful Arkham games will allow players to experience what it is like to grow and learn as Batman faces off with some of the deadliest villains will meet for the first time.

Origins takes place years before Arkham Asylum, and finds Batman in early years of crime fighting. He has spent his time fighting against the “mob and and corrupt cops so far,” said creative director Eric Holmes. 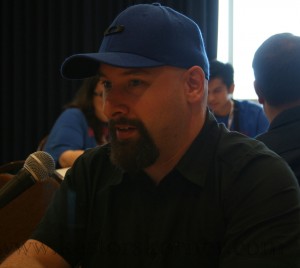 When comparing this Batman to the previous version in the Arkham world Holmes said he is not complete, and facing villains who are his “superiors”. Something that can be crushing to Batman ego.

The secondary characters, Alfred and Jim Gordon, show growth with Batman. Players will learn how how Gordon went from hunting the Batman to being his ally, and how Alfred is not sure that Bruce can handle the challenge of there new super villains. Gamers will also learn with Batman and see how far he can push himself, learning how to interrogate and deal with the new villains in gotham.

While fan will get to revisit gotham in Origins they will recognize some new voices in the cast. The creative team was able to get some recognizable voice actors back from the previous games, but the Joker and Batman will have a new sound. Troy Baker and Roger Craig Smith will be taking on the two larger than life roles, and they both recognize that they have very big shoes to fill. They both agree that they are not out just imitate the roles left by Kevin Conroy and Mark Hamill The original animated series “resinated so much with me as a kid,” said Baker. His goal was to bring something new to the world of Arkham without trying to out do or replace Hamill. 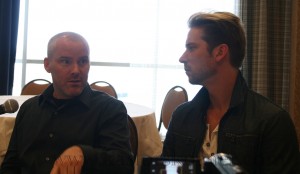 Along with Origins there will also be a spinoff titled Arkham Origins-Blackgate for the PS Vita, and Nintendo DS. The game will feature the same voice cast from the Origins game. The game is set inside Blackgate Prison, a location mentioned a few time in the first two Arkham games, but it will differ in its tone and action. The game will be a classic side scrolling with a twist taking fans not just left and right but un and down and into the game. A challenge for the designers but worth it in the end to help it stand out. Fans will have a chance to take on different bosses in the order they choose like the old Mega Man games. Challenging fans to find the bosses that will help them build their skills making each boss a little easier than the last.

Only time will tell if the changes will impact the overall gaming experience, but so far it looks like it will live up to the standards of the first two games.