SDCC Is Not Over For Entertainment Earth 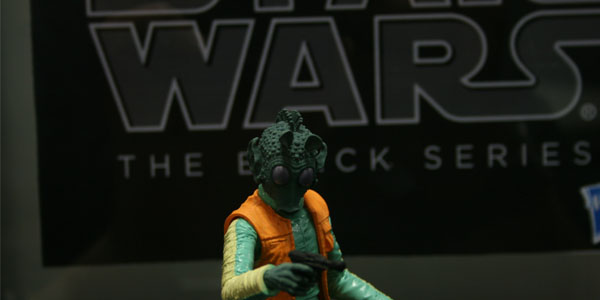 When you think about SDCC you think of all the cool stuff you may see for the first time, but anyone who has already been to the Con lines are usually the first thing that comes to mind. Booths like Mattel and Hasbro have lines that require tickets now just to have the right to buy their items, but there is another booth that with each passing year has longer and longer lines. While lines can be a deterrent, when you have some cool items available for the first time at the con fans will deal with the line. In the center of the SDCC show floor Entertainment Earth has a relativity small booth, but a lot of high demand items.

Leading up to the Con Hasbro and EE gave an exclusive first look at a figure from wave two of the Star Wars Black Series, Greedo. It is always fun when the toy companies pull the current back to show fans how toys get made and some of the steps needed to bring a toy to the consumer. This year for four weeks prior to the event, EE was able to show the character designs and some of the prototype making process in making a SW Black figure.

Every year Entertainment Earth increase their pull with the fans, offering some very cool items. Like past years EE offered fans the chance to get Hasbro and Mattel items early, this year it was the MP Soundwave and the ’66 Batmobile. Those were not the only things that they offered to fans at the Con and at home. 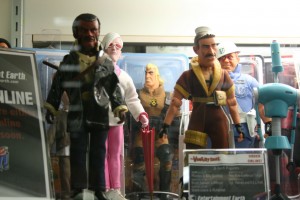 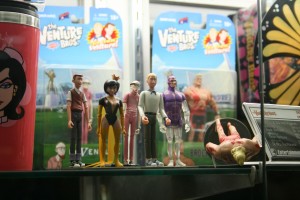 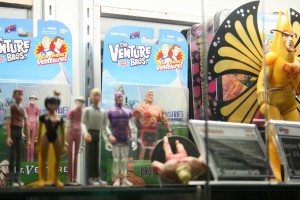 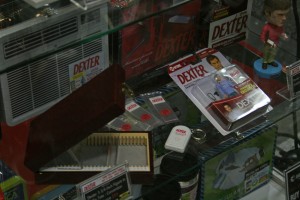 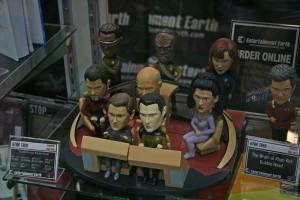 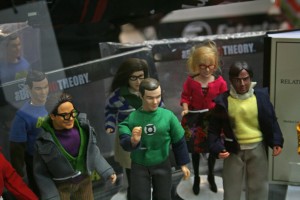 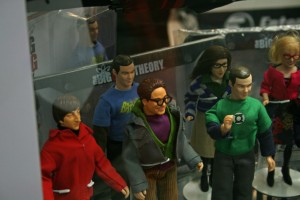 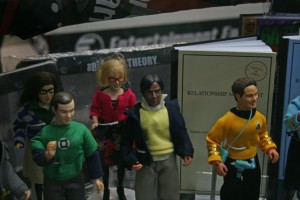 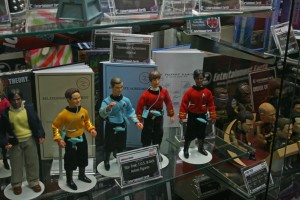 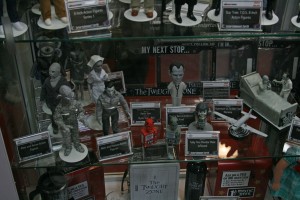 One of the great things about EE is their willingness to give fans who can’t make the pilgrimage to SDCC the opportunity to grab some of these fun exclusives from the comfort of their homes.

Check out some of the fun products from the show: 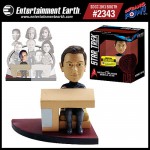 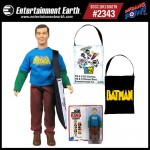 Exclusive The Big Bang Theory Sheldon 8-Inch Figure from Bif Bang Pow! debuts at Comic-Con 2013 (#WBSDCC). In a retro style that harkens back to the bestselling “Mego” action figures of the 1970s and 1980s, the Sheldon Cooper features multiple points of articulation and stands about 8-inches tall in series-true fabric clothing that includes a vintage Batman shirt.  He also comes with a cool DC Warner Bros. bag accessory.  The Big Bang Theory, from Warner Bros. Television, airs Thursdays at 8/7c on CBS, with the seventh season premiering September 26, 2013. 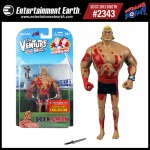 Brock Samson is naked… and bloody! Posing as an irresistible articulated action figure, the macho secret agent stands 3 3/4-inches tall, with removable black tape that covers his nudity (don’t worry – there is no “junk” behind the tape), wielding his Marine Corp fighting knife. 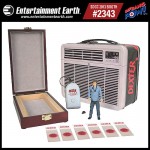 And don’t forget to check out Bill’s reviews of the 2 newest Venture Bros sets– The SDCC Tin Set and Dr. Rusty Venture and a new villain in Phantom Limb.