Comic Con 2013: On The Floor With Kotobukiya 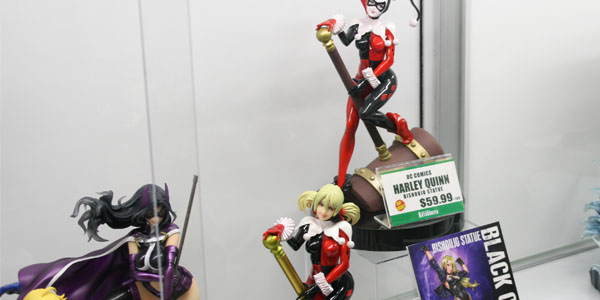 With an eye for design and exciting new directions for DC, Marvel and Star Wars, Kotobukiya continues to impress at Comic Con.

Kotobukiya had a predictably great booth at Comic Con, with many new additions for the Bishoujo, ART FX+, DC, Marvel and Star Wars series.  On top of the complete Art FX Justice League, the sculpts for Catwoman, Shazam, Black Adam and the ART FX+ Deathstroke were all on display.  All things considered, Kotobukiya’s releases are the finest New 52 style DC collectibles out there, and I’m very excited to see what they have coming next.

On the Star Wars front, the wonderfully modular Sandtroopers were on display, one of whom is a single pack and another available in a two-pack.  Both sets contain multiple swappable parts, so you can customize and build your Sandtrooper army.

For Marvel, the Iron-Man movie statues were on display and looking incredible, while the Avengers fine arts collection is coming together brilliantly.  The most exciting aspect, for me, was the new X-Force Psylocke Bishoujo, at the new 9″ scale.  The illustrations and press images suggested this statue would be one of Koto’s best, but the live shots in Kotobukiya’s exhibit on the Comic Con floor proved it– this is the best statue coming this year!

Check out photos below, along with some looks at the Comic Con exclusive unmasked Harley Quinn Bishoujo! 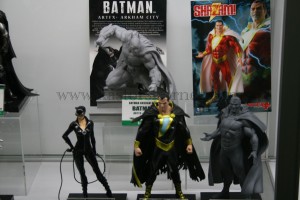 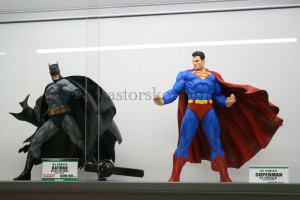 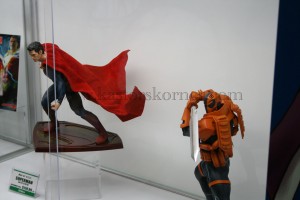 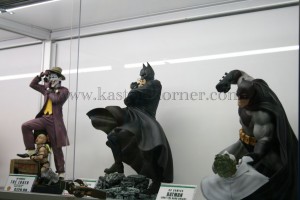 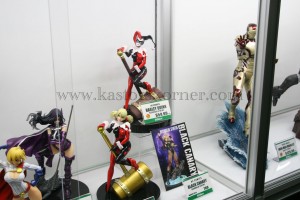 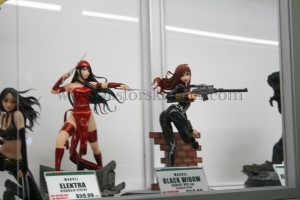 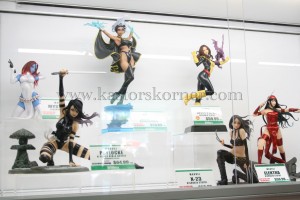 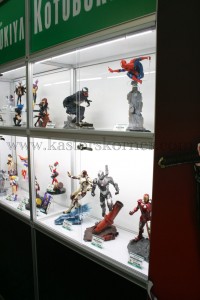 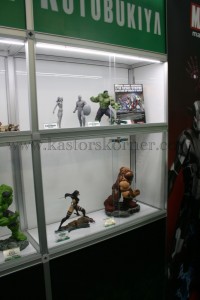 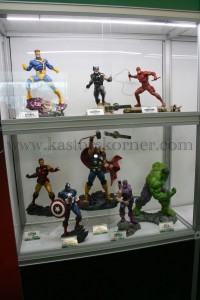 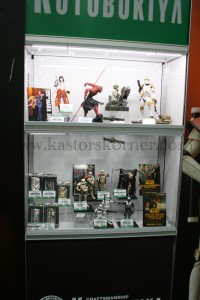 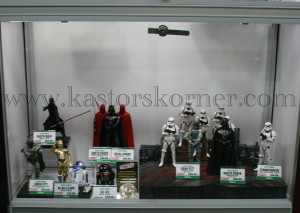 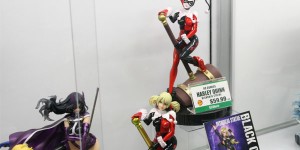 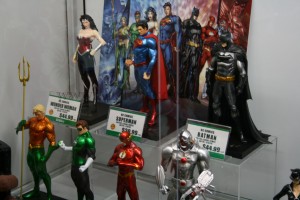