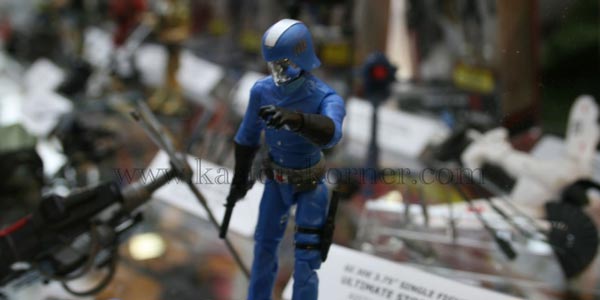 We caught up with Hasbro’s Derryl DePriest at Comic Con, to talk all about the Real American Hero.

GI Joe didn’t have a huge showing at Hasbro’s booth at Comic Con, and they were not ready to talk about 2014 plans for the Real American Hero, but we did sit down with Hasbro brand manager Derryl DePriest to chat about the toy line that’s been fighting the good fight for nearly half a century.

“This year is all about Retaliation,” DePriest asserted.  “We were upfront with the fans, and said it’s all gonna be Retaliation, we’re not gonna show you any waves that go beyond that, the rest will be in 2014.”

That doesn’t mean 2013 is over for Joe– there’s still the “Legendary” wave, which will see the release of twelve all new figures that look stellar, especially the fan-demanded “Ultimate” figures like Cobra Commander and Storm Shadow… to mention nothing of Kwinn and Data Viper and the other instant classics!

Kwinn is, of course, based on the Marvel Comics Joe universe, and his release offers the possibility of more comic-based characters in the collection’s future. “The door is open, but we’ll probably pick and choose,” said DePriest. “I won’t talk about who we’ve got down the road, but Kwinn is a personal favorite of mine.  I was never happy with the [O-Ring style] comic update, because we really didn’t have the tooling to do that.  Going forward, in a non-movie year, we have a lot more freedom to pick from relative sources… comic characters, continuing cartoon characters.”

For the past two years, Hasbro featured a special showcase at the GI Joe Convention, called The Vault, which has shown some unproduced figures from Hasbro’s design team, including definitive editions of classic characters and some very cool new variants. While figures like the upcoming Ultimate Cobra Commander utilize the same design as the Vault figure, collectors won’t have to re-buy the entire core cast of updated figures… at least not ALL of them.  “I’d say the whole reason for doing the vault is twofold,” the brand manager explained. “One, it’s to give fans a deeper look at our development process, ideas that we may develop and reject.  The second thing is to get input, to see what resonated.  A lot of the input was ‘We like it all,’ but we’ve dialed in and had some of the fan sites narrow that list down, so we have kind of a shopping list of figure we want to do.  Hopefully we’ll be able to tackle a good number of them in the years ahead.”

One of the challenges of having recognizable actors like Channing Tatum and The Rock playing GI Joes in the movies means their looks can become permanently branded with the character they played, but DePriest said Hasbro’s plan is to keep these characters’ iconic look mutually exclusive.

“It doesn’t preclude us from doing a Roadblock character, but we have to make sure the likenesses are separate,” he said.  “We have well established likenesses– previous to Dwayne Johnson as Roadblock– of what Marvin Hinton looks like in the comic books. So when we do a classic, or an animated figure, that’s what it will look like.  Next year, we’ll leave Retaliation behind and go in a different place for GI Joe.”

2014 marks the 50th Anniversary of GI Joe as a brand, and while DePriest couldn’t talk about Hasbro’s plans for the celebration, he did say something is in the works, although on a smaller celebration than other Transformers and Star Wars anniversaries have been.  “When we did Star Wars 30th, it was ambitious collection of 30 figures,” he said, stating Joe’s 50th will be smaller.  “But we will have some special plans, from us and our licensed partners. One of the big things is, the market response to Kre-O GI Joe has been great.  That will continue into next year, for sure. On the toy side, we can’t talk about what we’re doing yet, but we’ll probably have some reveals right around Toy Fair next year.”

The Kre-O line has been great success for GI Joe, and the next waves will remain firmly in the Real American Hero continuity, as opposed to movie sets.  In fact, both Retaliation and Joe Kre-O coming out at the same time was coincidence, due to the delay of the movie.  “Funny story about Kre-O GI Joe– That line was in development to be a 2013 launch in the beginning,” DePriest recalled.  “The Kre-O set takes a long time to develop– you have to have such exacting engineering, everything has to fit– they just take longer than a normal action would do. That was originally planned to be a ’13 launch, even when the movie was gonna be a 12. When the movie moved to 13, we decided to keep Kre-O on the calendar, but it was non-movie by then, so we just launched it. We’re not gonna go back and do any movie related stuff, we’re just gonna keep going with that 25th vibe the line has been built around.”

Kre-O was a massively successful scale for Joe, and the Hasbro team is always on the lookout for another style in which to release their properties.  Star Wars garnered a huge buzz over the release of this year’s upcoming Black Series 6″ and Derryl doesn’t rule out a similar “Legendary” scale for GI Joe somewhere down the road.  “We’ve shown prototypes of GI Joe 6″ to fans before at conventions, as a sneak peek.  It’s always an idea out there, we look for a right time to launch an idea,” he said.  “We held out on Star wars this long, only because we’ve been driving our 3.75″ figure system very hard.  Right now and into next year [for Joe] the focus will be on the core scales– 3.75″ and a subset of 12″.  We won’t be introducing a new scale, but down the road, a couple years in the future– maybe next movie–  6″ could be a viable scale to launch for GI Joe. We know it’s hanging out there, we know a lot of fans would be happy with that, but we’re not going to go into it anytime soon.”

Vehicles are a bigger price point, and a harder sell to retailers, but they are an integral part of the life of the military toy line.  DePriest believes there will always be a place for some kind of vehicles in GI Joe. “Vehicles have always been a part of Joe, from day one, and they will continue to be so. What we do by year varies. In a movie year, it’s all about trying to capture what’s on screen and supplement. We weren’t able to do everything on the screen this year, because we just didn’t have the designs and time to execute, so we supplemented,” he recalled of the Retaliation offerings.  “As we move into a year like next year, the focus will probably be more on the core iconic vehicles, rallying around the HISS tanks and VAMPs.  We’re limited to a certain extent by what’s in our library. We can’t do a lot of new vehicles– the tooling and the economy of the brand just isn’t there yet.  When we get something like the Tomahawk [Eaglehawk] out, we feel very lucky to update such a classic vehicle, and we might be able to use that again. Probably very few new vehicles, but more classic takes and updates is what we’ll be looking at.”

Other Habsro lines can execute on a huge scale, with large size sets like the SHIELD Helicarrier or the AT-AT from Star Wars.  DePriest believes only the movie years could open the window for that massive scale when it comes to Joe, due to that limited line economy. That’s what happened with the Eaglehawk this year.  “We tried big things like The Pit during Rise of Cobra, and it just didn’t resonate. Maybe that was the wrong vehicle… we kind of released too much for that movie,” he recalled. “We always want to look at the bigger vehicles when the opportunity is right.  It’s probably going to be in a movie year for that.  It’s always at the back of our minds, to be able to do that.”

Check out photos of the upcoming “Legendary” wave from Retaliation below: 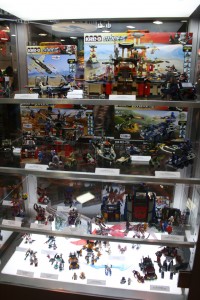 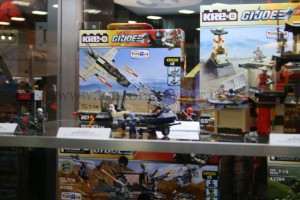 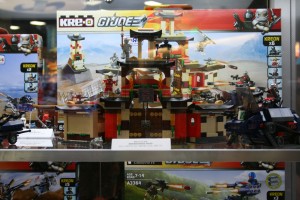 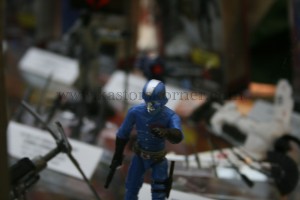 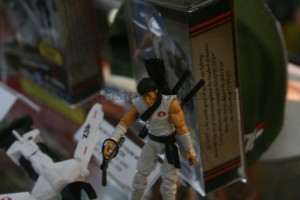 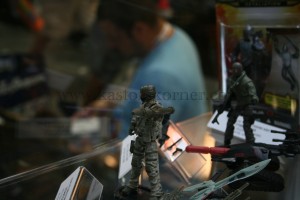 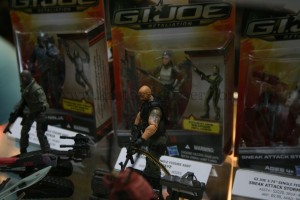 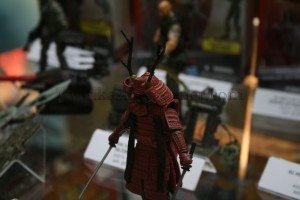 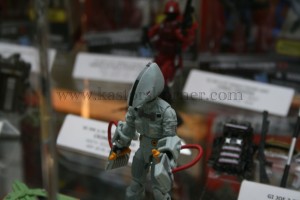 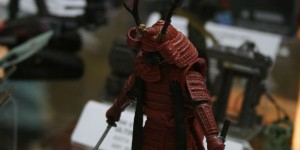 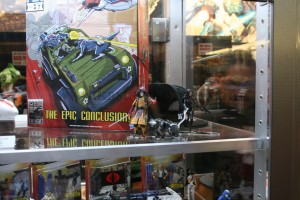 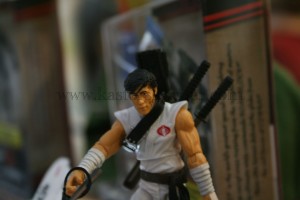 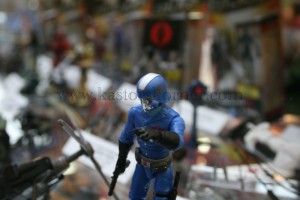 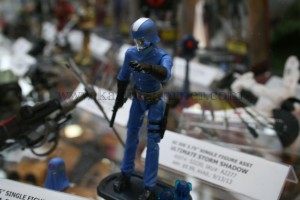 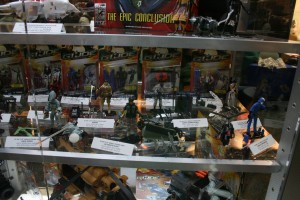 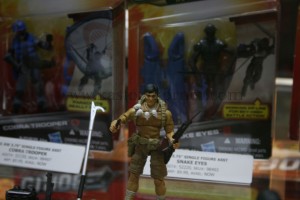