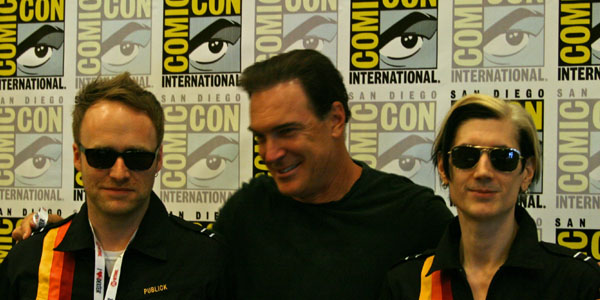 Venture Bros creators Jackson Publick and Doc Hammer broke down their incredible Adult Swim series– from the cast of amazing, flawed characters to their manic production plans– at Comic Con.  Check out the full interview.

The Venture Bros just wrapped its fifth season, and creators Jackson Publick and Doc Hammer– along with Patrick Warburton, the voice of Brock Samson– were at Comic Con to talk about their wildly popular Adult Swim series.

On a show about failures, the Venture creators are anything but underachievers– the world they have created, and the dysfunctional characters that inhabit it– are incredibly well fleshed out.  “It’s an entirely over-built world, and it just happens,” explained Doc. “It’s dense. Maybe the idea that there are Johnny Quest type adventurers might have been this thing it hangs on, but it’s its own structure right now.”

The characters of the series are also every bit as involving as this world of mostly-fruitless super scientists and heroes.  “All their backstories are complicated, and if they don’t appear complicated, one day we’ll make them complicated,” Doc continued.  “We know all this nonsense that we’ve never been able to get our.  There are parts of characters that only Jackson knows, and parts of characters only I know, and there are characters that neither of us know, because they haven’t come up yet. We are geeks, It’s very complicated in our crazy brains.  Every character has something to say, we just channel it.”

Combining this cavalcade of characters into one (usually) cohesive story can be a challenge, especially since Doc and Jackson handle 100% of the writing duties by themselves.  Their style is flexible, though, based on their intended trajectory for a character, and making stories to specifically showcase a certain character. “Sometimes the inspiration comes from a dumb story, and you build around it,” Jackson explained.  “And other times you go ‘What do I wanna see happen to this guy this year and how do we get there?'”

Keeping things a surprise is also a key factor, for both the fans and the show’s creators. “We’ve done cliffhangers, where we knew what we were gonna answer it with the next season, then we change our minds because we think it’s too predictable,” Jackson said.  That freedom can be great but can also be a burden. “You wish you could just make a decision,” added Doc.  “But we have the last minute ability to go ‘Fuck it, let’s kill the guy.'”

Take Monstroso, for example.  The sinister attorney was quickly established as one of the biggest threats in the Venture universe, yet virtually every time we see him, he’s being hunted by someone even worse, or ailing from a debilitating condition.  But Jackson and Doc may very well switch gears and show the villain in his prime one day– it’s all where the story takes them.  “I’d like that,” said Doc of Monstroso’s potential origin episode. “It could happen, we do a lot of flashbacks on the show,” said Jackson. “We do do a lot of flashbacks,” Doc added. “And now that you said that, I’m kind of interested, so it might happen.”

Season Five just concluded this weekend, but it began after a particularly long break since the end of Season Four.  There were many reasons behind the delay, but after the show came back with eight (-ish) great new stories, the wait feels like it was worth it.  Jackson and Doc believe likewise.  “Every time it takes a while between seasons, that’s how long it takes,” said Doc.

“This was an especially long [break], but we changed studios, we changed contracts, we rebuilt the production from the ground up, basically,” Jackson added. “There was lot of planning.”

The writing process also held up the launch of the season– Doc and Jackson co-wrote the premiere episode, and it was the last one they penned.  “We were done with them back in March, but we wrote our premiere last, so we had to wait until they were all done,” Jackson explained.  “We couldn’t do that thing where you air the first episode while you’re still mixing  the last two. They were done in march, and we couldn’t premiere til whenever we came on.  It wasn’t all our fault.  We could have been on 6 months ago if we didn’t write the premiere last.”

“I always thought up until today that it’s been the order, not these guys,” added Warburton. “And I found out today… it’s these guys.”

The new season was shorter than the extra-size Season Four, which was a call by Adult Swim.  Although the Venture guys were quick to note it’s a little more than a mere eight episodes.  “We like to look at it as ‘How many half an hours did we air?'” said Doc.

“We made ten half hours worth of content, that’s what we were contracted to do,” explained Jackson. “One of those we aired as  a Halloween episode, and one of them was an hour long.  [Adult Swim] said ‘Here, you guys have ten episodes.’ We did try to get two more half hours out of them because we wanted to do this finale thing, but we’re saving it for Season Six…”

“When we realized we didn’t get our big finale, we just took the last episode that we had and went ‘We can kinda tool that up,” recalled Doc.  “That’ll look like a finale.'”

Even with the notoriously long breaks between seasons, there’s no down time for either creator– The time in between is spent with them working on every aspect of the show, from writing to directing, animation to promotion.  “There is no normal work day,” Doc explained. “Production has all these different stages, and we do weird things during those stages… right now, our normal work day is, we’re in San Diego, talking about normal workdays. Then we get back and our normal workday is gonna be writing and production’s gonna start… There’s nothing really normal about it.”

“We’re first on, last off,” he continued.  “We can’t just jump into writing and stuff, we have to finish what we’re doing then work on the next season.”

While fans can look forward to a Season Six of the show, Doc and Jackson both agree that not every loose end will be tied up– that’s part of the intentionally imperfect design of the overall series.  “If there is somebody waiting for [Escape to the House of Mummies Part 1], then the joke is complete. I would love that,” said Doc.  “But there are people waiting for us to deal with things we didn’t know we were indebted to. That’s the show– the show is to have pissed off fans, to have fans yell at other fans. That’s what it’s like to have a show in a world with an internet and people that love show. We love that.”

“There are people who say ‘I don’t like The Venture Brothers, I just like Brock’ which is insane,” said Doc.  But Warburton can relate. “I get it,” he added.

Venture Bros Season Five may have ended, but the new season will be here… as soon as it can be.  And probably in the same choice time slot.

“Midnights on Adult Swim! It’s competing against nothing,” Doc joked. 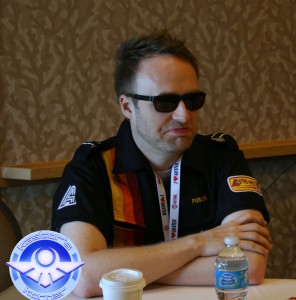 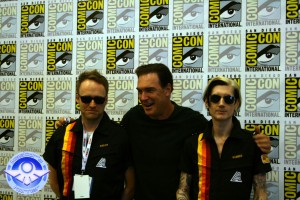 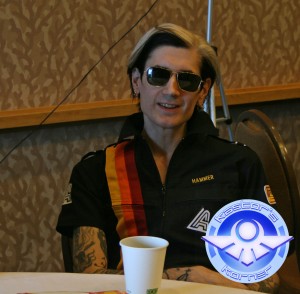 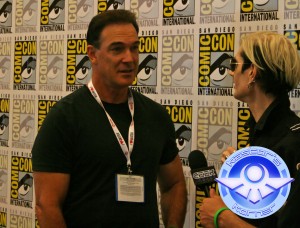 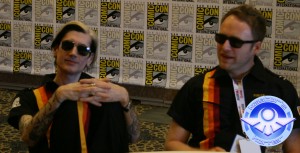 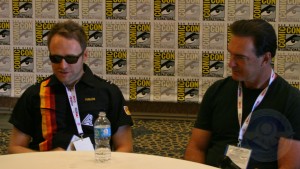 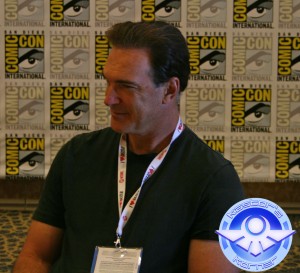