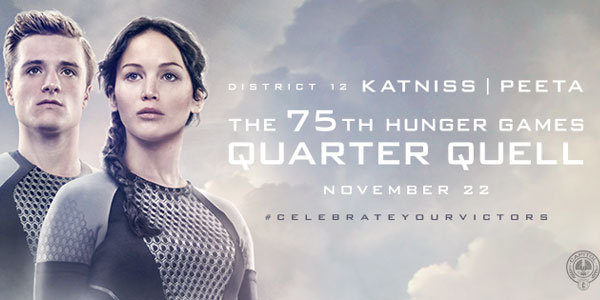 Comic Con saw the release of a brand new Hunger Games: Catching Fire trailer, and Lionsgate has released it online for all our viewing pleasure.

I’m not a Hunger Games die hard, but I dug the first movie quite a lot; especially in comparison to other tweeny-bopper fiction, it told a solid story of a truly great protagonist in Katniss Everdeen, and while it didn’t leave me running out to buy the books, it was good enough for me to keep tabs on the sequel.

The second trailer for Catching Fire played today at Comic Con, and has since hit the net via Yahoo Movies.  Not knowing the overall story of the trilogy that well, I like the first half of the trailer more, as the social unrest in light of Katniss’ game changing victory in the Hunger Games seems way more interesting than a second round of dog and pony show antics and mortal combat.

The tensions definitely seem higher in this sequel, and I’m hoping that builds to a satisfying conclusion by the time the series ends.  Oh, and I think it should be noted that neither of the Catching Fire trailers waste much time on the Katniss-Peeta-Gale love triangle, because Katniss is obviously way too cool for either of those chumps.

Check out the new trailer below!