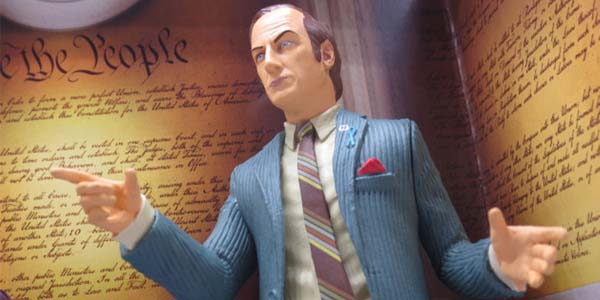 I love Breaking Bad. And I love Bob Odenkirk.  So of course I’m a huge fan of Saul Goodman, the delightfully slimy yet impressively capable attorney to Walter White, Jesse Pinkman, and several other less than decent people on the AMC TV series.  Mezco Toyz has been releasing toys based on a number of these bad dudes, and the latest figure in the collection is Saul.  A standard edition of this figure is available now at specialty retailers, but Mezco offered a special deluxe edition as one of their summer exclusives, making his debut at San Diego Comic Con.

The Breaking Bad toy line my not be for everyone– these figures feature no articulation, but are pre-posed to a stance befitting the respective character.  As such, Saul features his arms outspread, no doubt offering sage-like and at best quasi legal advice to his counsel.  One index finger is pointed out in a commanding fashion, while Saul’s other hand out outstretched, establishing himself as both an authority and a comfort for his clients.  Saul’s character certainly comes across perfectly in this figure, and it’s helped by a solid (if slightly cartoony) likeness of Odenkirk.

What Saul lacks in articulation, he makes up for in sculpted detail.  The lawyer’s pinstripe suit actually gets sculpted lines, adding a great sense of texture to the figure, and each small detail in this sculpt adds so much to the character.  From his thinning comb over, to his crumpled tie, to the omnipresent earpiece in his ear, these cool little nuances make this figure a lot of fun.

The Comic Con edition of Saul comes packed in a really nice window box, complete with a giant bag of cash, a life sized replica of Mike Ehrmantraut’s business card, and a backdrop that replicates Saul’s gorgeously tacky office.  I really like Mezco’s Breaking Bad line, even if I typically tend to lean toward articulation in my action figures.  The sculpts are really good, and they tend to really nail the personality of their characters, and Saul is such a prime example of this, he’s a welcome addition to the collection, for sure.

Saul’s Summer Exclusive variant is sold out right now, but the standard version of the figure is available now at fine retailers everywhere. 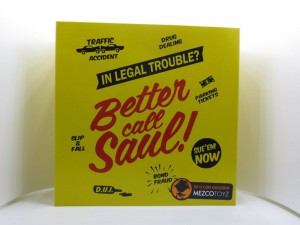 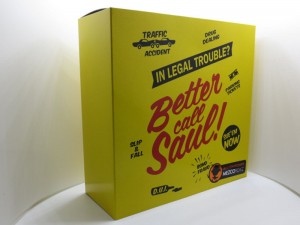 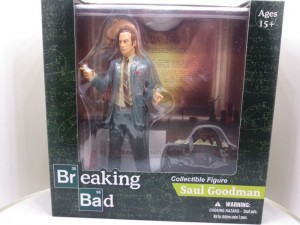 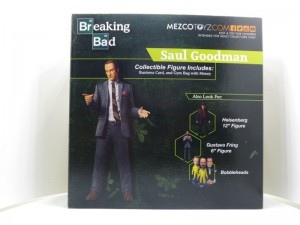 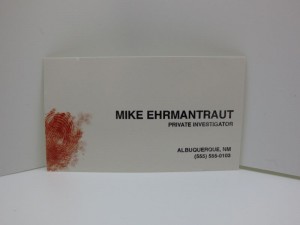 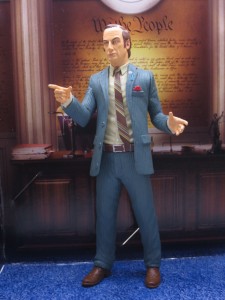 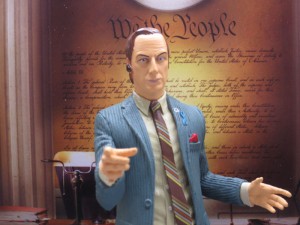 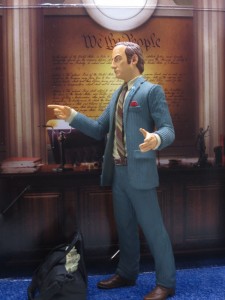 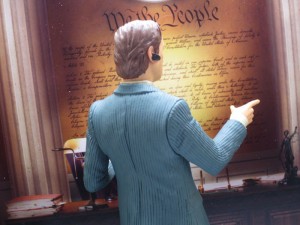 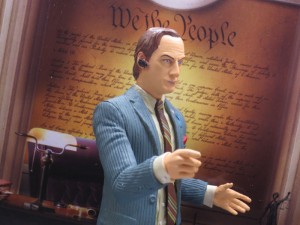 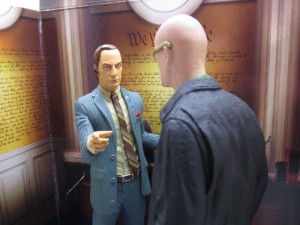 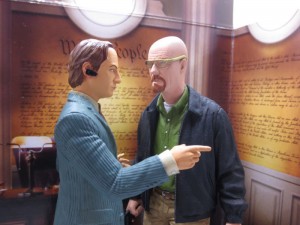 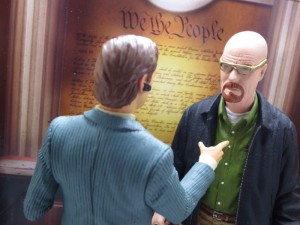 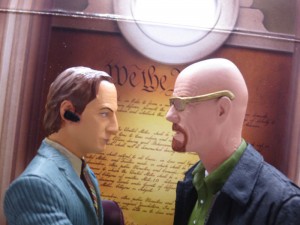 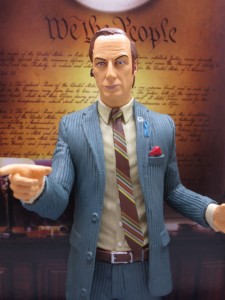 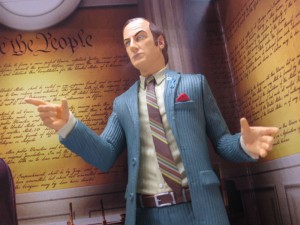 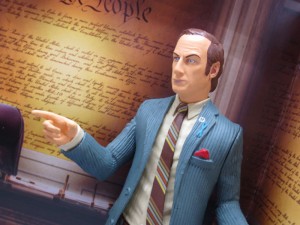 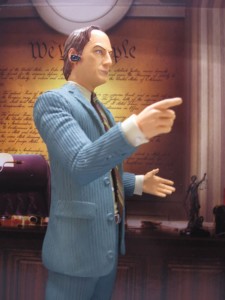