Comic Con Gets Jinx-ed, In The Best Way Possible 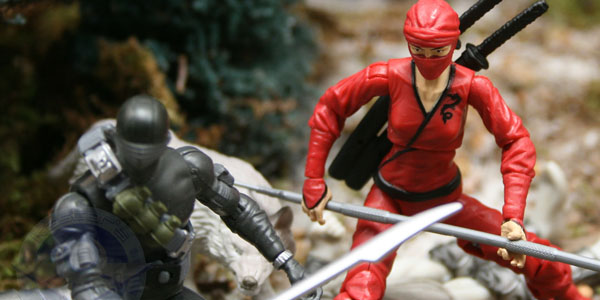 One of the most exciting exclusives Hasbro is bringing to Comic Con is the GI Joe Kim Arashikage figure, marking the return of the Joe team’s resident lady ninja to the 25th/ Modern era. With an incredible new sculpt, great accessories and a classic look, I don’t think Jinx could have turned out any better.

Jinx has been on the most wanted lists for quite a few GI Joe fans for a while, and buzz was nothing but positive when Hasbro revealed Kim Arashikage– in her classic red costume– at Toy Fair. There haven’t been many Comic Con exclusives I’ve been as anxious to get my hands on than Jinx, and she absolutely does not disappoint.

The new version of Jinx features an all-new sculpt, the first female ninja body Hasbro has made in the modern era line. The sculpting here is absolutely stunning, from the bunched folds of her sleeves and pant legs to the hinting at some serious abs underneath her gi, Jinx really is an outstanding figure, even amidst the recent string of phenomenal Joe figures like the “ultimate” Storm Shadow and Snake Eyes.

As expected, Kim includes all the modern Joe articulation, with an excellent range of motion on her ball neck joint, rocker ankles and well-handled double knees and half-ball elbows, which have a great range of motion while not interfering with the sculpt in the slightest. Every part of this figure is great, right down to the intricate detail on her mask, which are surprisingly realistic. 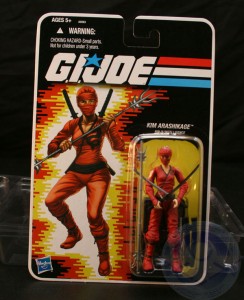 Kim includes her double-edged staff just like the original 80’s figure, as well as two swords and a double sheath which stores on her back. Unlike the movie line, this classic-inspired figure includes a display stand with her name (“Jinx” is in quotations, as a nice nod to Joe fans while also not getting into any likely copyright issues), and she is packed on a vintage-style card just like the 25th Anniversary series, but with the addition of the “digital” explosion behind her.  The card art is all new and looks great, but honestly, it would be a crime to not open this figure. Between the amazing level of detail and the great articulation, Jinx is too cool, and way too much fun to play with to keep boxed up.

There are a few differences between this Jinx and her RAH figure, but I love most of these changes.  Gone are the ankle-length pants and full sleeves, replaced by more accurate wrapped boots and gauntlets. Likewise this new Jinx sensibly lacks the painted nails of the classic figure, which, while endearing, seemed like a silly design choice for a ninja.

I had high expectations for Jinx after seeing the prototype and promo images, and Hasbro’s Joe team still managed to beat my high hopes.  Any GI Joe fan at Comic Con should make Jinx the highest priority on their shopping list– trust me when I say, a figure this great is worth any huge crowd you may have to fight through.

Thanks to Hasbro for giving us the chance to get this early look at Jinx! 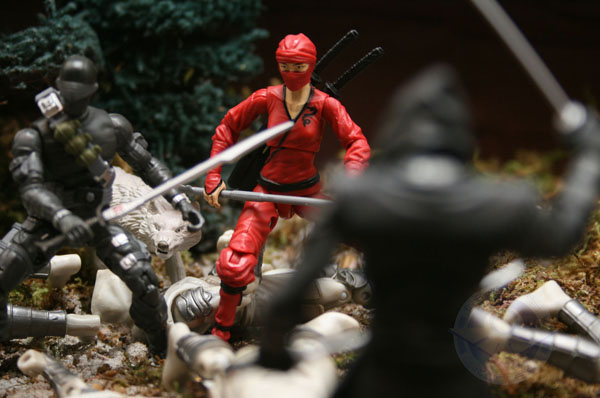 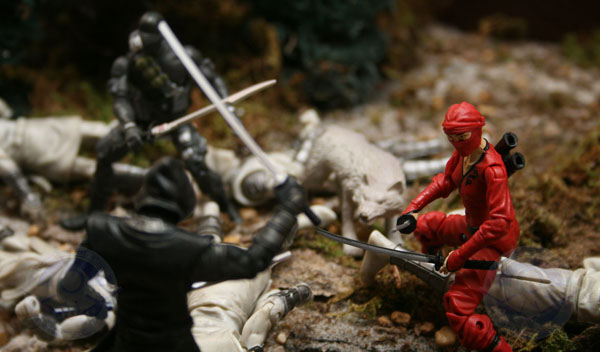 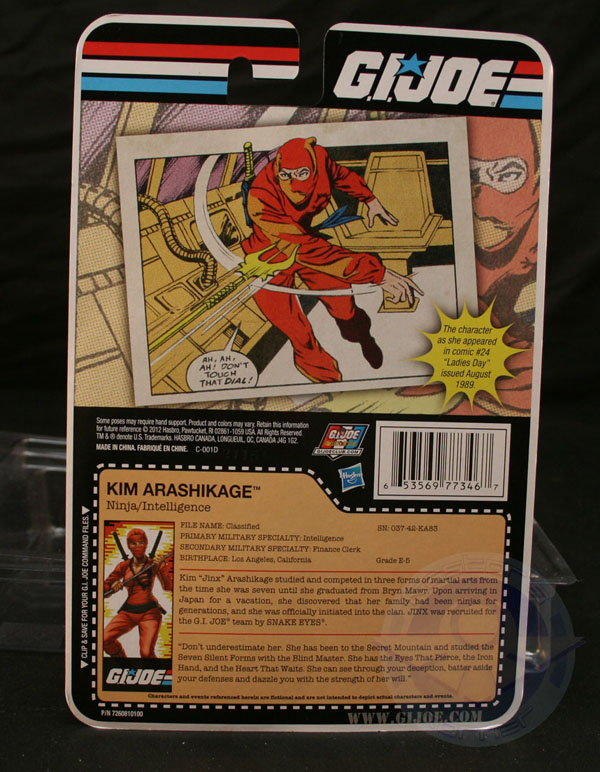