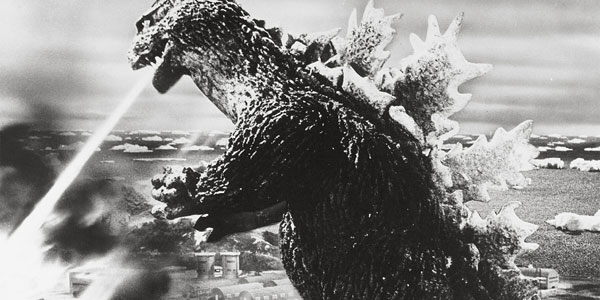 I hope you like your monsters super-sized, because Legendary Entertainment is showing them off in full-force at Comic Con!

It’s been kind of ma given that perennial Comic Con favorite Guillermo del Toro would be bringing out his latest project– the SUPER-promising giant robots vs. giant monsters movie Pacific Rim to this year’s show, but that won’t be the only giant monster feature stomping its way to Hall H.

Latino Review is now reporting that Legendary Entertainment will also be debuting their new Godzilla reboot, and supposedly the presentation is going to be a real knock-out (most likely revealing the new take on the beast in all his glory).  All the details are obviously under wraps until the Con gets started, but this could end up being one of the highlights of the weekend.

Godzilla has been rebooted a few times before to little avail, but the word is Legendary is getting behind the city-crushing behemoth in a big way with the latest adaptation, and with Monsters director Gareth Edwards helming the project, we know we’ve got a guy who knows how to craft a very good giant monster flick.

As for Pacific Rim, I’m almost hesitant to skip out on the panel, just to ensure I see the final result as spoiler-free as possible, but I know I’m kidding myself. GDT is always great at Comic Con, hilarious, informative and hugely entertaining, and while this movie already has my geek juices flowing in anticipation of next Summer, I want as many details as soon as possible.

Expect our full coverage of both Pacific Rim and Godzilla during our live Comic Con coverage, starting on preview night.