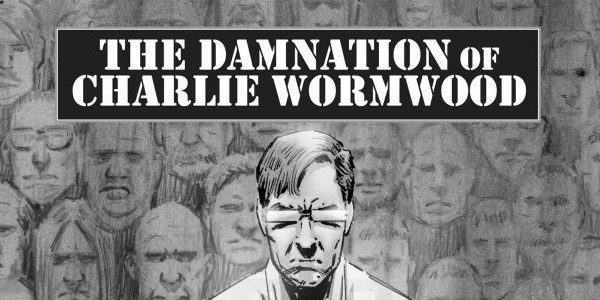 How far would you go to save someone you love? The new print release of the incredibly well-received 2013 Thrillbent digital comic asks that exact question in the first volume of Dynamite’s The Damnation of Charlie Wormwood.

Right now, at this moment, there are hundreds of thousands of geniuses out there doing jobs that are below them in order to make ends meet. You might be familiar with this sort of story considering that it 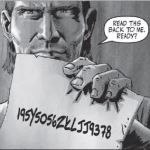 has more than a passing similarity to the story of the popular AMC TV show Breaking Bad. Well, actually the similarity that you can draw is from the correlation between Charlie Wormwood and the protagonist of Breaking Bad, Walter White. Both are teachers, both are geniuses, and both are being drawn in to a life of crime for medical reasons. But I digress. The Damnation of Charlie Wormwood is about a college-level English professor with a photographic memory, who teaches classes at a local prison. Charlie is buried under a pile of medical debt because of a currently unnamed condition that his son seems to be suffering from. One day, a notable prisoner makes Charlie an offer for a job.  Is Charlie desperate enough for money to sell his soul, and risk his freedom, to save his son and his marriage?

The Damnation of Charlie Wormwood is written by Christina Blanch and Chris Carr, and illustrated by Chee. It was originally a digital only release from Thrillbent comics. However, the good people have Dynamite have recently put it in to print form to reach a wider audience. But enough with the history lesson, let’s say you haven’t read Charlie Wormwood yet. 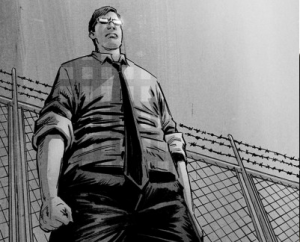 Morally ambiguous protagonist, with glasses…gets me every time.

The thing that immediately drew me to Charlie Wormwood might be a cliché, but I fall for it every time and I haven’t been disappointed yet. Sometimes in comics, you’ll notice that a character with glasses is drawn with a reflection against them so you can’t see their eyes. This particular trope usually hints at complexity of thought and moral ambiguity. As a result, Charlie himself is actually a cliché. His entire life can be summed up with an image of him dragging a giant boulder uphill. Sometimes it gets so tiring to see a character beat down by life for the sake of plot; and other times it doesn’t matter how many times you’ve read a particular plot or theme, because that doesn’t make the story. It’s the manner in which it’s presented that makes it; and the Damnation of Charlie Wormwood takes itself to the height of emotional depth by playing on fears of financial security, death, and even law and incarceration to deliver a tale of desperation and hopelessness that manages to be relatable, on an unsettling level. The strange thing about Charlie is that his story is so personal and empathetic, but he is still an enigma. Most of the panels feature Charlie sitting in silence thinking; but we’re not clued in to what he’s thinking about, usually. His thought process is a complete mystery to us. We know how he feels about things because of his incredibly detailed facial expressions, but it’s when Charlie’s face goes completely blank, and he becomes lost in thought, we realize we know nothing about him. For the most part, everything that is said has to be taken at face value. It’s very straightforward.  But it’s what *isn’t* said that makes this story really take advantage of the comic medium. 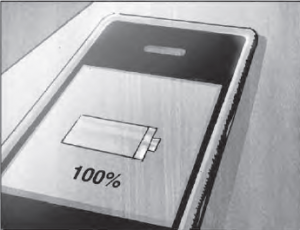 A picture is worth a thousand words.

Charlie has a multitude of different expressions that betray his complex emotions as he pushes himself to the brink to do what he thinks needs to be done to salvage his ruined life. He’s very much the center of the story. Charlie is the *main* character, and everyone else is pushed to the background. But it doesn’t feel like a flaw, it’s a choice in the writing that makes the story that much more centralized and personal. Charlie is the only character that really really matters in the grand scheme, because this is about his desperation and his strife, and the entire comic is about how it affects him. Other characters are cast as obstacles in Charlie’s way, but they don’t seem to act in an unnatural or malicious way. They all maintain convincing personalities, even though they’re only there to work against Charlie The hopelessness of his struggles are really pushed in to the forefront, as we’re given information about how the characters around Charlie are manipulating his ignorance in order to hide information from him. We know more about their actions than Charlie does because of the use of the panels to provide clues about what they’re doing, without using words. It really uses the visual-medium format to tell the best story that it can.

The art is all black and white, and very subdued. There’s a decent amount of detail all the way through, but when things get serious, the art becomes VERY detailed. Static shots from far away are lacking in impact, but the close ups absolutely kill. Intensity ends up being the biggest draw, and not just on the amazing amount of detail on all of the characters. Occasionally there will be an emphasis on an item or seemingly insignificant event that adds tension to the story. The art really captures the stress that is deserving of the story, never once failing to build suspense. I felt like it took a lot of influence from Japanese manga when it came to the use of dark colors and shadows, but it always maintains a consistent tone that fits well with the story.

You may think you have no reason to read The Damnation of Charlie Wormwood. It’s not super-heroic, it doesn’t have explosions, effects, or even a terribly original premise. But it has one thing that makes it stand above the latest superhero team-up. And that thing is Charlie. Charlie is a phenomenally realized character that came together thanks to the combined efforts of writers Christina Blanch and Chris Carr, and illustrator Chee. Charlie doesn’t work if just one of these things falls by the wayside. Chee’s art really brings Charlie Wormwood to life with a carefully constructed everyman character with a complexity that’s only hinted at with the subtle use of facial expressions, over words, to create real suspense and emotional depth; and Christina Blanch and Chris Carr have done a marvelous job of constructing a scenario that’s unforgiving and sadistic, but never feels unrealistic. It’s a brutal character study of a modern time with a very nihilistic and almost Nietzsche-like approach. It’s not happy, or funny but it’s also never dramatic or unrealistic. There are many who would call this kind of story depressing. I suppose they’d be correct, but more than that. it’s painfully relatable and unforgivingly real. But should your read it? Yes, you should read The Damnation of Charlie Wormwood.

Everyone should read The Damnation of Charlie Wormwood.