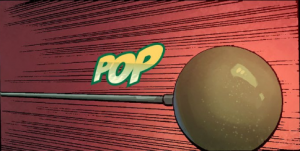 It’s only been a few months since Arrow season two ended, but fans (myself included) are anxious to jump back in to the world of Starling City to see what other mysteries and dangers abound. In the meantime, DC has released a segue comic series in to the much anticipated season 3, aptly titled Season 2.5. Written by Arrow producer Marc Guggenheim and illustrated by Joe Bennett, Arrow Season 2.5 bridges the gap between the season two finale (Unthinkable) leading in to the season three premiere (The Calm).

If you’re looking for answers to those questions regarding the fate of Detective Lance, Thea Queen, Sara Lance, or Malcolm Merlyn you’re going to be very disappointed as issue one (Return) mainly focuses on getting back to the simple things. Things like beating up drug runners in a plane thirty-thousand feet up in the air. In all seriousness, it’s a simple issue that doesn’t do anything too big or jaw dropping, despite the intense setting. It hits a lot of high points though as Roy and Oliver do what they do best and just fight bad guys, armed to the teeth with guns, with bows. It’s supposed to pick up right where season two left off, but it could take place practically anywhere in the story and still make perfect sense.

The art maintains it’s own personality, but also gives plenty of reference to it’s source material. The characters looks identical to their television counterparts, and their personalities are just as intact as they are in the series. Dig has the same dry wit, Felicity cracks jokes and speaks geek fluently, Roy is angry and impatient, and Oliver is just as daring and focused. The action neatly unfolds in incredibly dynamic and detailed fashion. Jack Jadson’s inking and Jim Charalampidis’ colors takes advantage of all of the transitions of different atmospheres to give readers a real sense of succession Every scene involving an intense stunt or fight scene is detailed beautifully, but this also makes the quality dip for mundane scenes all the more obvious. Dig and Felicity’s panels don’t look nearly as interesting or detailed as the scenes involving Roy and Oliver. It does a disservice to their roles as backup and support. 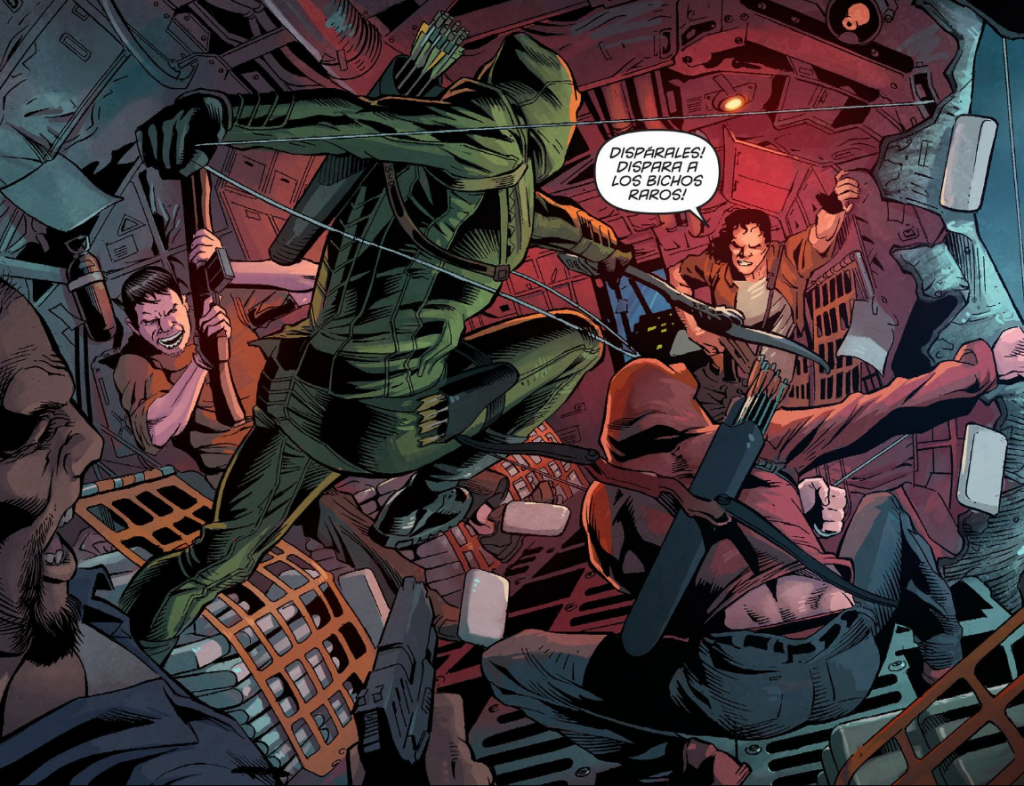 Regardless, Team Arrow’s first outing since defeating Slade is a short but incredibly entertaining foray in to hardcore action. It takes advantage of the practically unlimited budget of a comic book to pull off some mind blowing stunts and effects. There’s a very dramatic opening that will only serve to whet the appetite for a future storyline involving the character of Caleb Green; but the real highlight is seeing Oliver and Roy in action as the Arrow and Speedy as they fight their enemies, while bickering and bantering relentlessly between one another. It also gives priority to one of the show’s most effective elements as Dig and Felicity provide entertaining and colorful support and commentary to the action. It’s all very satisfying, not just for fans of the series, but action and superhero fans in general, with a cliffhanger that guarantees readers will pick up volume two. Arrow season 2.5 may not be enough to replace the fantastic show that makes up it’s basis, but for now it’s plenty to keep fans excited while it’s on hiatus.