Arrow Season 2.5 #11 puts Diggle in the spotlight, an area we’re all aware he’s fully comfortable in.  I had some problems with the Suicide Squad’s last mission as it seemed entirely unnecessary for a squad, let alone suicide.  I’m happy to say that this outing of the infamous Task Force X is both incredibly dangerous and 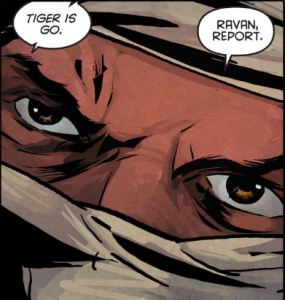 heavily tactical.  The team seems to be governing themselves this time around, putting their respective talents to good use.  Each member is put in the spotlight at one time or another, but their place in the larger plan never becomes unclear.  In other words, this feels like a legitimate military operation; which is perfect when Diggle is the one leading the charge.  Of course there’s banter between all the characters, but it’s not nearly as entertaining to read as it is to hear the actors deliver.

Szymon Kudranski’s art is the spitting image of the Television counterpart.  Not only do the characters from the show look exactly like the actors that portray them, but the original characters possess surprising levels of detail, despite having no real world model basis (in the show anyway).  Despite the detail, sometimes the characters don’t look like they are emoting correctly, which tones down some of the more intense aspects of the volume.  The settings don’t have that same level of work as the characters in the detail department, but it’s competent enough to provide an adequate arena for the action.  Jim Charalampidis’ colors are very dark and basic with lots of tans, browns, and blacks to fit the palette of a poor middle-eastern village.  It’s such a perfect fit for the realistic aspects of the show, and it’s a notable change from the blues, and blacks, and greens of Starling City.  It’s a very different atmosphere, that along with the militaristic approach perfectly illustrates the difference of Diggle as the team leader, compared to Oliver. 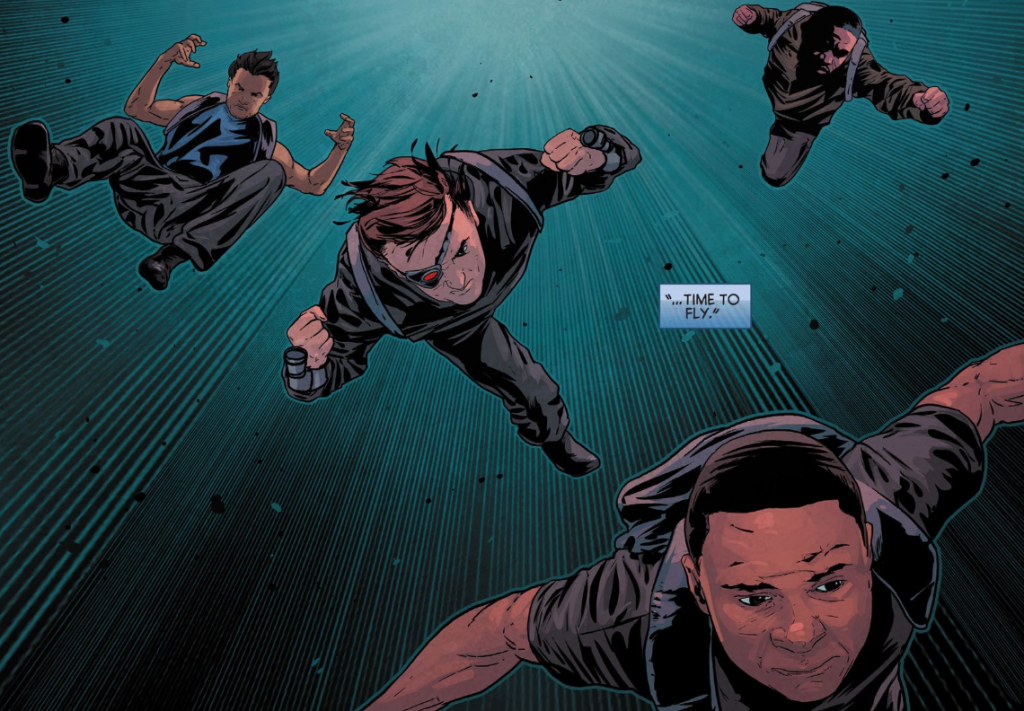 Final Word: Arrow Season 2.5 #11 gives Oliver a much needed break to finally dedicate a full volume to the Suicide Squad side story, that has been developing very slowly at the back of the last couple of issues, and picks up speed as it throws Diggle right at the front of the train, finally giving his character something significant to do.  What’s more, it’s actually a really good use of the characters respective backgrounds and skills to showcase a convincingly dire and tactical situation for them to take part in.  The art and colors fit the realistic tone of the show, but still dial up the action in an all out battle with reminiscences to real life military combat rather than superhero (or villain in this case) beatdown.  The banter element seems hollow compared to the show, but #11 is still crazy and exciting and serves at further proof that Diggle can carry a plotline all on his own, and look damn good doing it too.