Arrow Season 2.5 #9 feels like it’s there to catch us up on what everyone is doing, which would be even better if we were actually behind in any significant way.

Arrow #9 gets up close and personal with the characters. It’s very intimate in it’s content, proving that the emotional draw of the show can still be retained when the story switches to comic form. It’s held u 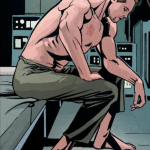 p by Guggenheim’s script which is just as well suited for the page as the screen. Felicity and Blood make up the majority of the issue, with Oliver and Roy, Sarah and Officer Lance, and Thea and Malcolm running through individual stories on the side. The characteristic writing and the better than usual detail in Craig Yeung’s art captures the necessary atmosphere to make the emotion in each of these scenes work (though there was one scene where Oliver was surprised to see someone and I didn’t know who it was until he said their name…so that scene kind of fell of deaf ears at first…).

Each scene transitions to the next appropriately as well, meaning that the narrative still flows evenly. Unfortunately, it’s too formulaic to be compelling and each scene is too brief, with the transition in to the next happening too quickly to allow the reader to become invested in any of the many side stories.  Still, enough space is given to the finale of #9 to create an interest in reading #10, so it succeeds in creating an intriguing enough reason to get it’s readership to return.

Are we really supposed to be worried about this guy? Doesn’t the team have the Mirakuru cure like…on tap?

The Suicide Squad side story by Keto Shimizu and drawn by Szymon Kudranski is still interesting, but as each issue passes, I can’t help but wish there was more to it. I definitely WANT to be interested because it has great art and writing, and it’s a part of the story that deserves to be expanded upon, but it’s all just way too short to get in to. And that’s pretty much Arrow Season 2.5 #9’s biggest flaw. Guggenheim and Shimizu’s writing and Yeung and Kudranski’s art all capture the tone of the story and it’s characters, but rather than tell a single compelling story it splits everything up in to bite sized chunks. It’s savory to be sure, but far from filling.

Craig Yeung and Jim Charalampidis did include another great action splash page though! 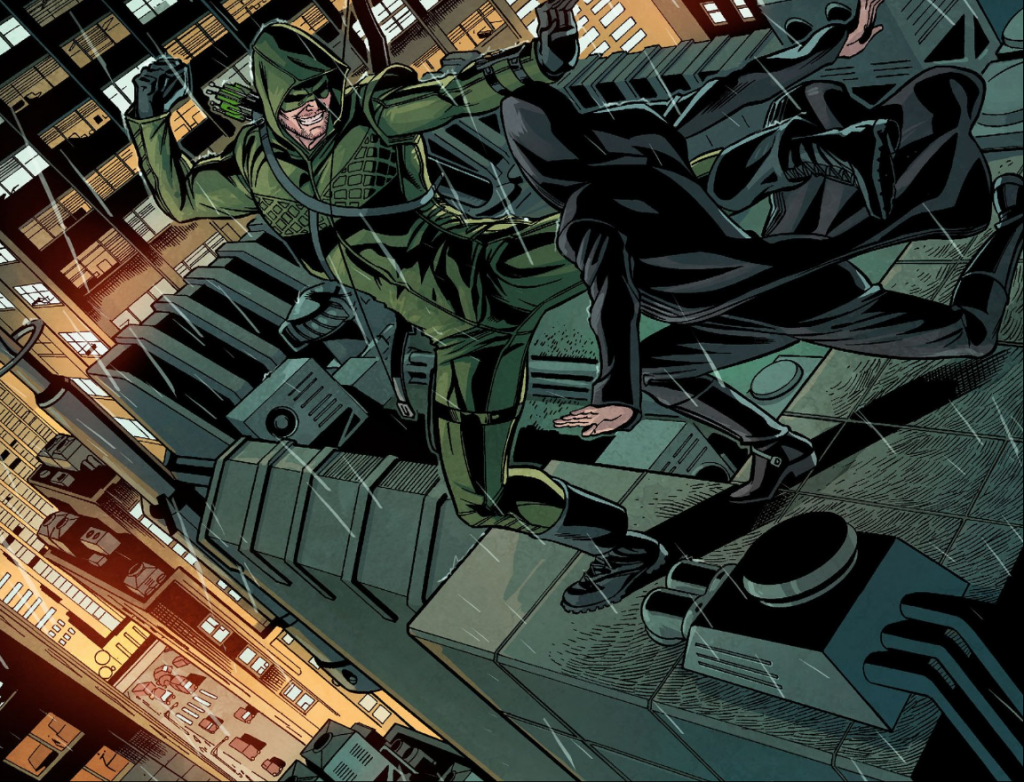 Sometimes these action scenes are just too cool to ignore.