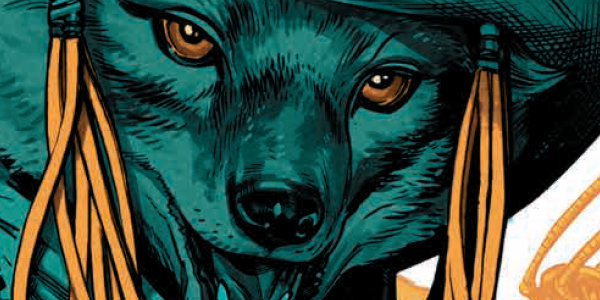 The cost of doing business.

The Autumnlands: Tooth and Claw #3 focuses on what comes next for the stranded Skydwellers. On the one hand, there’s a group that believes that they must leave the wreckage of the city and find help at one of the neighboring tribes with a method of contacting another of the floating cities as soon as possible, with the other group thinking that they must salvage some of the finer things from the wreckage (clothes, food, weapons, bedding) to make the journey easier. But how long will it be before the Bison return to attack the survivors? It’s this difference in thought that leads to the main conflict of The Autumnlands: Tooth and Claw #3 being political, 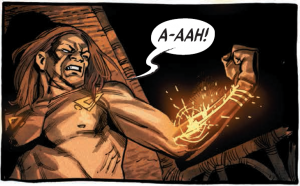 and about the preservation of a lifestyle over that of survival. As usual, it’s frustrating to read the scenes involving Sandorst, as he struggles to salvage his relevance in the wreckage of the city and to maintain his position as well as his level of luxury. He’s such an easy target for dislike as he exhibits pretty much every single undesirable trait in a character (greed, arrogance, selfishness, cowardice, stupidity, and laziness). It’s simple, but it also parallels the universality of the fable-like themes of the story. The plot seems like it may be just as simple as the themes, but in all actuality has a lot more depth when you consider the amount of work that’s gone in to creating and representing not just one, but two worlds. Whether being seen or talked about we can really get sensation of experiencing both, due to the level of completion they seem to have not only due to Busiek, Dewey, and Bellaire’s efforts, but also the splash page of the time of the champion written by Nico Battando and C.C. Empik (though I wonder if they’re actually real considering that I can’t find their names anywhere else in the comic…). 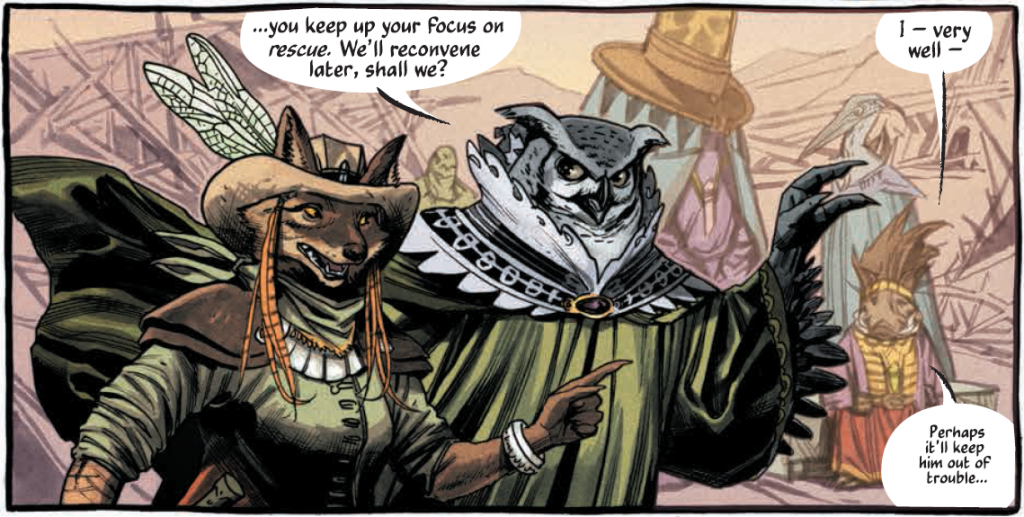 The art reflects the complexity of the story with just as many differences in the Skydwellers and ground dwellers (with little details like makeup and color of the clothes) as before, but now there are the added differences of The Champion’s abilities. Jordie’s colors creates the right look for these abilities that contrast the natural colors of the animals’ magic and the dark hues of their surrounding world. It really emphasizes just how far away from each other the Champion and the animals of the Autumnlands actually are.

Final Word: Another great installment of the Autumnlands: Tooth and Claw in #3. There’re really basic themes at work here and a few polarized characters, but that just goes to illustrate the accessibility of the story (but it’s still mature due to language and graphic images); the content of which is deceptively complex and highly relatable to modern society if you’re are looking to draw those kinds of parallels. This is the right way to do a segue story. It’s entertaining on its own, and equal parts anticipatory and ominous. There’s the same beautiful art as before here, but with the added bonus of a sci-fi element, as well as the familiar fantasy from the first two volumes.

All in all, it’s still the same fantastically intriguing approach, but with a new avenue opened in to a sci-fi setting, the possibilities for the direction the story could take have increased. But no matter which way the story goes, based on Ben Dewey’s own description…

It’s going to be epic.