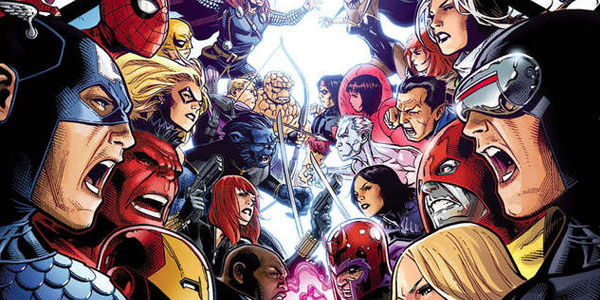 This week marks the advent of several huge new things for Marvel. Avengers vs. X-Men #1 is finally upon us, along with the new Marvel AR app and the premiere Infinite comic. Has all the hype been worth it? Read on to find out!

Avengers vs. X-Men #1
It’s about that time again. Coming off of last year’s Fear Itself and Schism storylines, we’re faced with Marvel’s latest colossal event which takes two of the publisher’s most beloved properties and pits them against one another. The Avengers and the X-Men haven’t always gotten along, but they’ve at least managed to stay out of each other’s hair (or fur, bald head, iron mask…) most of the time. This first issue does an outstanding job of setting the scene for the epic struggle that’s going to take place over the next 11 issues of the series. The premise basically boils down to a massive conflict of interests; the Phoenix that killed Jean Grey is returning to Earth and the Avengers see it as an enormous threat to the human race.  Scott Summers, on the other hand, views the Phoenix’s return as the ticket to saving the endangered mutant species by using Hope as a vessel.  When Captain America travels to Utopia in an attempt to ally with the mutants and stop the Phoenix, Cyclops loses his cool and attacks Cap out of nowhere. Thus begins the biggest comic book event of the summer. 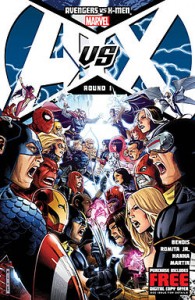 I thoroughly enjoyed this book from beginning to end. With a writing team of Jason Aaron, Brian Michael Bendis, Ed Brubaker, Jonathan Hickman and Matt Fraction and John Romita, Jr. handling the artwork, this is a truly huge project. It doesn’t try to cater to the more casual audience whose only knowledge of the X-Men might be what they’ve gleaned from the movies. Many things have changed, like Wolverine becoming the headmaster of a school for mutants, Magneto joining back up with the X-Men and Hope entering the fray. The book can certainly still be appreciated by anyone as the main plot is compelling and straightforward enough on its own, but the intricacies will be lost on some readers. The artwork also stands on its own as an incredible achievement; Romita, Jr. draws huge disasters with great impact, but also conveys small-scale emotional struggles with ease (speaking of which, Wolverine is already torn between which side to stand for since he is in fact an X-Man and an Avenger).

I’m happy to see that Marvel pulled out all the stops for its new epic. This isn’t some cash-grab attempt to capitalize on the Avengers movie coming out in a couple months; it’s a legitimate culmination of many years of storytelling and character development. April 18th can’t come fast enough.

Marvel AR App
Even though the Marvel AR app was released at the end of last month, it didn’t have any use whatsoever. That all changed with the release of Avengers vs. X-Men #1, the first comic to take advantage of the 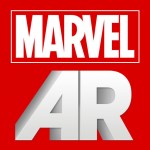 impressive augmented reality technology. After reading through the comic, I went back with Android smartphone in hand and tried out the new feature for myself.  It was undeniably impressive and pretty cool…when it worked. There aren’t any specific guidelines as to what to actually focus on and the app seems very finicky (it did just come out, so updates will undoubtedly smooth things over).  I got it to work perfectly on the cover of the comic, which turned into a media player and showed a video that summarized the story so far.  Even cooler was when a few of the panels inside the book reverted to their original sketch stages, then to black and white with ink, and finally returned to their completed form.  It all might seem a little gimmicky, but it’s a little bit like the extra features on a DVD; by no means necessary viewing, but it adds some extra value to the package and keeps the comic in your hands for a few more minutes.  I look forward to the future of this application.

Avengers vs. X-Men #1 Infinite
Continuing the trend of integrating the disparate worlds of physical and digital media, Marvel introduced the first of its new Infinite Comics line this week. Free with the purchase of Avengers vs. X-Men #1 or $0.99 on its own through the Marvel app, this digital-only comic follows Nova on his clumsy journey to Earth. Instead of simply importing a regular comic book onto the iPad (or whatever tablet and/or smartphone you’re reading on), the creators have crafted a book specifically for an electronic screen.  Frankly, it’s a little weird to get used to.  It is meant to be read while holding your device horizontally and the whole screen is almost always filled with content.  Sometimes, the same panel will remain on the screen even after turning the “page”, but new content will also be added. It can be very effective, such as when the Chrysler building is standing tall and on the very next page it’s being split in half by Nova’s high-speed collision.  That’s something that can’t be achieved on a printed page and it’s good to see that an attempt was made to differentiate the two formats and play to a tablet’s strengths.  The story itself, written by Mark Waid, isn’t much to write home about; Nova races to earth to warn its residents of the impending threat of the Phoenix all the while trying to retain his memories and focus when traveling at such high speeds.  The art by Stuart Immonen is pretty fantastic and looks incredibly sharp and dynamic on a first-gen iPad screen.  Overall, it’s obvious that this concept is a work in progress. This first issue still entertains though, and is absolutely worth the three minutes it takes to redeem the offer and download the issue. 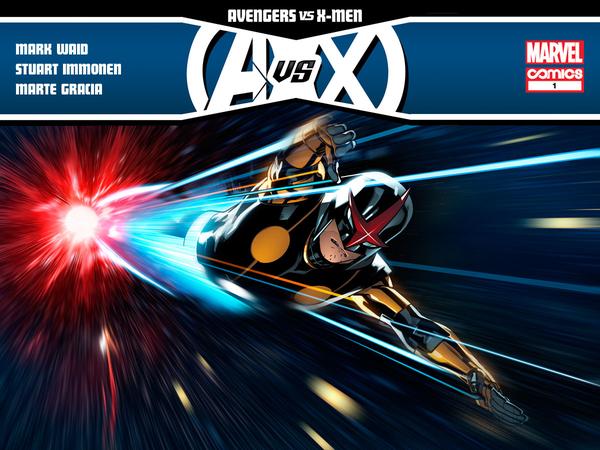