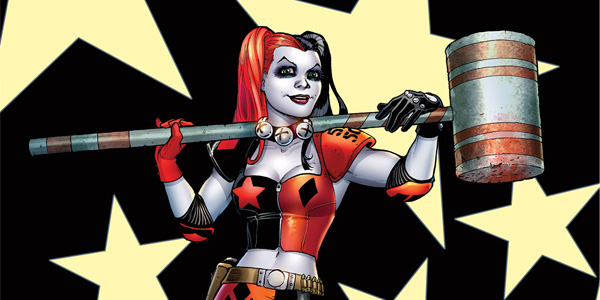 Can Harley Quinn capitalize on her Batman fame in her new series?

DC Comics releases first look at Harley Quinn’s issue #1. A strong cast of all star artists make thier mark on  yesterdays release of Harley Quinn #0 including names such as Jim Lee, Bruce Timm, Adam Hughes, and many others. Joining writers Amanda Connor and Jimmy Palmiotti for next months Harley Quinn #1 will be Chad Hardin who is known for Villains Month Justice League Of America issue 7.3 Shadow Thief. Conner and Palmiotti share their thoughts on  Harley.

“Harley is a complex character and we are going to build on her background, motivations and her home and supporting cast. Sort of what we did with Power Girl but with a mix of a bit more homicidal maniac added in,” Palmiotti said. “She is the hero in her own story. What happens, who gets killed, what house gets burned down and so on, well, that’s just part of her story. She looks at the world differently and we will be building on that and looking even closer on her past and what makes her tick. There are so many layers to this fantastic character that we cannot wait to explore.”

“She will be trying to live a normal-ish life with new people in a new environment. What kind of upheaval will she throw her new surroundings into? We’re going to take into account that Harley’s ‘normal’ isn’t the rest of everybody’s ‘normal,’” Conner elaborated. “Her supporting cast will be less superhero-like (for now) and more like the rest of us. Kind of. We will be working all that into the storylines, and part of the entertainment will be in seeing how those characters deal with her being around.” 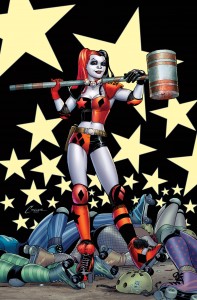 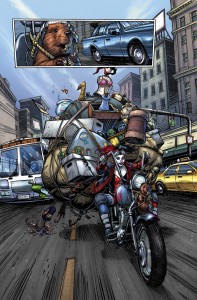 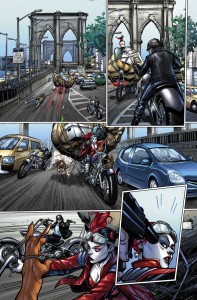 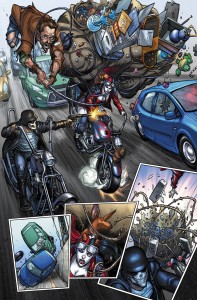