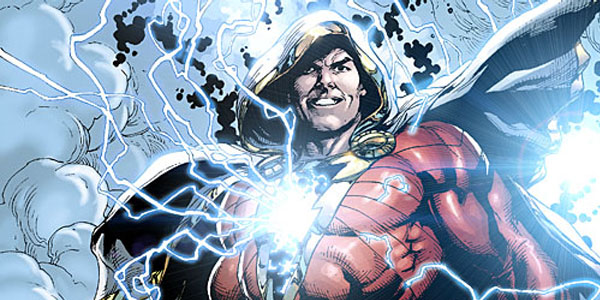 The master of reinventing DC characters, Geoff Johns, has done it again with the man of magic in Shazam Volume 1.

Geoff Johns has made a career out of taking lesser characters and turning them into amazing characters. He has done it with the Flash Rogues and the world of the Green Lanterns before the New 52, and while not all of the New 52 has been a hit with fans this book is a must have.

This book collects all the Shazam backup stories in the Justice League books. Every month Johns did a few pages at the end of JL retelling the origin of the hero, but he did not stop there he also build Shazam’s entire world. From allies to villains this New 52 version of Shazam feels fresh, without stepping on all the history behind the character.

He has often been compared to Superman, but this retelling and reimagning of the origin sets him apart from the flagship DC hero. Johns does a great job by not just reinventing the main character but also the entire supporting cast. This is the typical origin story, but updated enough with all the familiar elements and nods to the past. 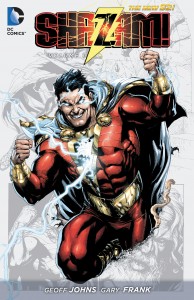 Billy is a young boy who has been shuffled from home to home after the loss of his parents, who happen to look a lot like the original Captain and Mary Marvel, until he is placed with a new family full of kids. His new brothers and sisters, including Mary and Freddie, try to accept Billy into the home, but he is just too far gone in the system to trust them. Though he does come to the rescue, he still won’t let them get close to him.

While he is adjusting Dr. Sivana is looking for magic in the world to save his family he finds a little of it, but opening the door the world of magic only releases a great evil, Black Adam. Adam kills Sivana’s team, but allows a newly magically altered Silvana alive to help him in the modern world. The two go around looking for the 7 deadly sins to take on the champion of the Wizard.

Billy along with Freddie go out for a night of mischief when Billy is transported to the Rock of Eternity to meet the last of the Wizards. Given the power of the ancients Billy becomes Shazam. Once he becomes the hero, Black Adam is able to find him and a knock out drag out fight ensues.

This book is a great jumping on point for new readers to the New 52, without alienating the old DC fans. Though Johns gets a lot of criticism these days he has a way with reinventing characters, and this is one of his best works to date.