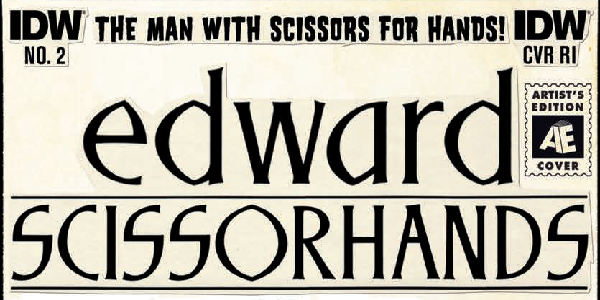 IDW’s Edward Scissorhands sequel series is back with #2, and man is it sharp.

The original Edward Scissorhands film managed to create a highly satirical look at suburbia in the 1950’s through the eyes of a world that could best be described as Gothic science fiction. It’s bright and colorful, and judgmental (and that’s just the bad guys). But it’s the contrast of the two worlds that makes it stick out in everyone’s mind (well…there’s also Johnny Depp). But more importantly, it’s a story of love that never could have been. And this series is the continuation of that premise with the modern progression of today from that highly surrealistic view of the past. In other words, what would the world of today be like if it had descended from Tim Burton’s view of middle America in the fifties, and the answer is…uncomfortably close. 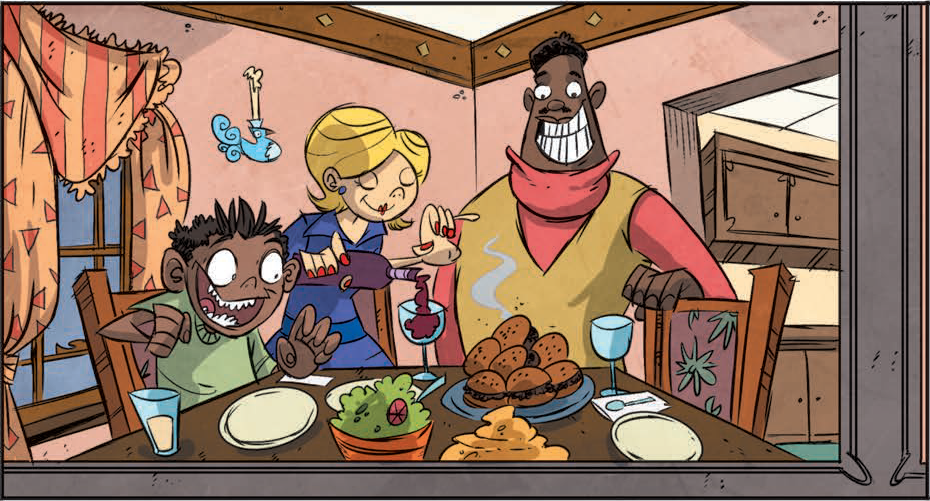 It’s clear that the team behind Edward Scissorhands continuation is approaching the modern view of life with the same biting satire that Tim Burton showed in his original story. It proves that despite the intent to remain faithful to the original, Kate Leth and Drew Rausch are still trying to tell their personal view of the story and that makes this modern continuation refreshingly honest in it’s execution. There are a lot of panels with no words that put pressure on the art to convey the tone. Luckily, the art proves to have Eli’s sad point of view figured out. It turns panels that would be considered dull and devoid of plot or exposition in to solemn and contemplative scenes, by using poses that work surprisingly well in conjunction with Eli’s expressionless face to appropriately project complex 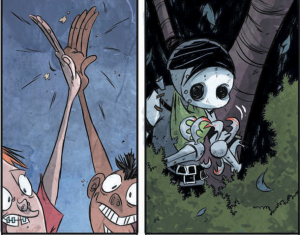 emotions through body language. It’s ironic, considering that the exaggeratedly expressive art of Drew Rausch is the biggest feather in the comic’s cap. Not to demean Kate Leth’s work of course, which perfectly captures the conflicting worlds of the movie from the vibrant and loudmouthed life of the modern neighborhood to the soft spoken, yet eerie and misunderstood Gothic aspect. She’s created an organic and sensible modern tale while still building off of the movie’s original time period.

Unfortunately Edward Scissorhands #2 can get a bit confusing at times, as the panels need enough of a lead in to properly build the suspense, and without the dialogue, you may find yourself questioning character’s actions (especially Eli’s) and the meaning behind them. But despite this slight misstep, IDW’s Edward Scissorhands is a downplayed yet worthwhile sequel of a classic that adds a modern twist, but still pays homage to it’s predecessor.