Comics Korner: The Fade Out #1 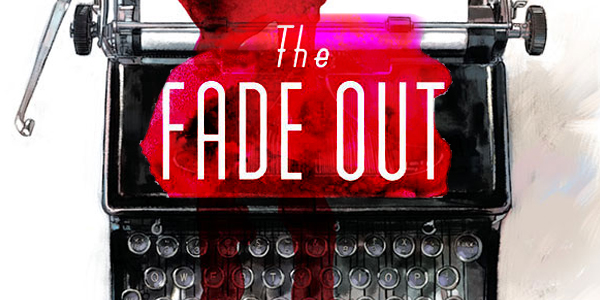 Ed Brubaker and Sean Phillips are back with a new tale of a hollywood starlet’s homicide set in the 1940s.

Yesterday, Image Comics released The Fade Out, a new story by Ed Brubaker with art by Sean Phillips and Elizabeth Breitweiser. This is the first project from their new five year deal at Image, and comes a month after the end of their previous series, Fatale. In this new tale of hollywood starlets and homicide, we travel back to the year 1948 and find the main character Charlie Parish, waking up in a bathtub.

Charlie is a screenwriter, working on some big Hollywood picture and last night he was partying it up at the star of the movie’s house. In a Hangover type affair, Charlie seems to have lost a good chunk of recollection of last night. He sits to think for a bit, remembering he picked up an old friend of his before the party, who was laying drunk in an alley. I really liked the part about his buddy throwing his back out trying to punch Bob Hope. Charlie continues racking his brain, trying to remember pieces of last night, but everything is coming in jumbled. We see a quick panel of some fisticuffs, followed by some fellatio, but we end on red lipstick on the mirror. This brings Charlie back. He remembers where he is, and when he goes to the next room to greet the beautiful, up-and-coming starlet Valeria Sommers, he finds her dead on the floor. Brubaker and Phillips throw in a nice series of panels that let the reader digest the scene the way Charlie would, focusing on one tidbit at a time, so that we can process what really happened. We see some bruising around her throat, and it’s deduced she was choked to death. Despite what happened to poor Val, Charlie knows he doesn’t want to be found at the scene when someone comes looking for her. He takes off before being noticed, and makes way towards his studio workplace.

The reader jumps to Victory Street Pictures and catches up with a crafty and sassy publicist named Dotty Quinn. She’s working on some young stud’s bio, getting him ready for a new role. It can be deduced easily that Dotty never lets the truth come between her and a good story. We learn that the studio’s big picture has been shut down for the day for some unknown reason, and we leave Dotty for a minute to take a startling phone call from the head of security for the studios. We find Charlie asleep on a couch, dreaming of creepy faceless dudes with stretchy mouths. Thankfully Dotty wakes him up, then hits him with some heavy news. Charlie has to pretend he doesn’t already know. After some talk as to whether or not shooting should continue, Charlie is asked to go see the head of security, Phil Brodsky, in his office.

Phil is roughneck that bears a resemblance to Broderick M Lawless from Brubaker & Phillip’s Criminal series. Aside from security, his job is to insure the studio’s proverbial nose stays clean. The pair talk about the party a bit more, and about how Val got her start in the industry. Brodsky also lets Charlie know that Val’s death was a suicide. This obviously perplexes Charlie, and when Brodsky excuses himself to talk to a couple cops outside his office, Charlie cracks open the police file on Brodsky’s desk. Inside he sees a picture of the actress hanging by a bed sheet. Brodsky returns unnoticed, and catches Charlie with the file open, but doesn’t seem to mind. He just curses actresses for having everything in the world and deciding it still wasn’t enough.

This new development sends Charlie into a tizzy. He’s lone gone from Brodsky’s office, and while walking the streets of LA, he takes pulls from his coat flask and remembers an interaction with the recently deceased. He finds his way to a newsstand and sees her portrait adorning the cover. One bit of criticism here, Phillips took the time to add the newspaper, and made sure we could read the words, but the headline doesn’t look like a newspaper would. Small bit of contention, but it was enough to take me out of the story, if only for a moment. Anyway, Charlie laments Val’s departure with a drink and his newspaper in a bar for a while before heading home. Once home, he finds his way to his typewriter, but is suddenly reminded of his visitor. His drunk buddy that threw out his back, is laying on his floor. They talk like they’re pals, but other context in the story would lead you to believe they don’t really like each other. Charlie insists that the only reason he helped the guy was because Gil’s wife had asked. While they’re talking, Charlie finds a rag from Val’s apartment in his pocket. Turns out it’s not a rag, it’s a pair of panties, and Charlie potentially makes one of the biggest mistakes of his life with a statement to Gil that begins, I think I really messed up. To be continued!?

I love a good noir story, and that’s what you get with a pair like Brubaker and Phillips. It seems like this mystery is going to take a few good issues to unravel, and if they continue to be this baiting, I’ll hurry back to grab them off the shelves each month. I don’t always appreciate the silver age stylings of Phillips linework, but he and Breitweiser have found their sweet spot, having spent time working together on Fatale. Aside from the one design gaff, I found this story to be an enthralling murder mystery that will have me anticipating September when The Fade Out #2 hits shelves.