Comics Korner: The Fade Out #3 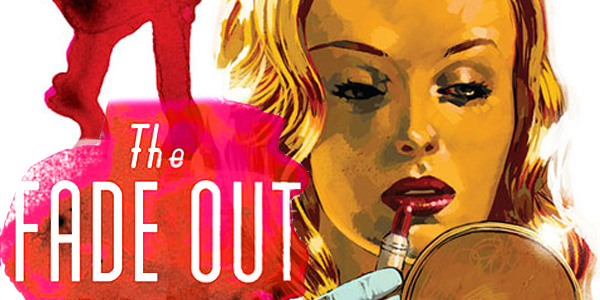 Meet the replacement to the slain starlet and add another murder suspect to the list in the latest issue of The Fade Out.

Back towards the beginning of November, Image Comics released the next issue to Ed Brubaker and Sean Phillips’ newest crime drama The Fade Out #3. Elizabeth Breitweiser is the third part to this creative team, and she’s responsible for coloring this early hollywood who-dunnit. We pick back up with a look at the founder of Victory Street Pictures, Mr. Thursby and how he got to where he is today.

In the previous issues, I would describe Mr. Thursby as a hard-assed, bitter old man who sees dollar signs before people. I definitely would not of thought of him as a nudist, bohemian and orgy lover, but there he is at the beginning of Fade Out #3, driving his old Cadillac out to the beach then canoodling with all sorts of bare breasted babes. It was in these times that Mr. Thursbay defined his own destiny, and decided that if he couldn’t be free, he should at least be in charge. So he set up the production company that employs all of our main characters, but even with all the money, he still pines for the lost time of yesterday.

From here we meet the late Val Sommers’ replacement, a girl named Maya Silver, who apparently was up for the role before Val came along. She’s seen in her dressing room talking with her agent Tom about the ludicrously long line of women auditioning for her role. Tom assures her it’s all a formality, but it still is unsettling for Maya. We see a glimpse back at the day she was originally supposed to get the role, the day she auditioned against Val. Her and Val seemed to not hate each other, but it was clear there was definitely competition. It didn’t matter anymore. Val was dead and it is Maya’s time to shine. So once she’s done preparing, she’s lead on set and introduced to her new co-star, Earl Rath, the director Franz and the writer Charlie. Once the happy yap yap is over, they’re finally ready to get back to making movies.

We’re given a scene between Tom, Maya’s agent and Brodsky, the head of security that looks a bit like Lawless. Tom walks in on Brodsky conducting a casting call with a potential new actress with his zipper undone. After Brodsky dismisses the dame, the two get down to brass tacks. Tom tells Brodsky about how they have a problem, the same reoccurring problem they’ve been having. Tom says that it he’s at his wits end, and doesn’t know what to do next. He’s tried throwing gobs of money at it, but it isn’t working. We’re not told exactly what the problem is, but given what happens at the end of the story, it probably has something to do with that. We get another look at Maya, who is floating around her room, very excited for her new role to start. She remembers all the things, both good and bad, that she had to do to get to where she is now, but she doesn’t care. She made it. However, a noise pulls her out of her happy place. A noise coming from the back of her closet, but before we know what it is, we’re taken back to Thursby who is looking down at his kingdom from the sound booth.

Thursby watches as his new start meets her new coworkers from high up in the studio’s sound booth. He points out that she has a certain something, but she’s no Val. This thought drives him into his secret passageway, and up to one of a few unmarked doors. He opens it, and it appears to be a closet, but Thursby pushes through the clothes, which eventually leads him into Maya’s dressing room. So we pick up with the startled Maya, slowly realizing that the commotion in her closet is really her new boss paying her a visit. Maya asks what he wants, but mistakes Thursby’s silence for something else. With no remorse, Maya drops her robe and exposes her nude flesh to him. This confuses ol Thursby, who is already having internal struggle, but is now faced with this. He asks why in the hell would she do something like that, then leaves back out the way he came in. Clearly both people in this interaction have no clue what the hell is going on.

Well, maybe one of them did? We see Maya talking to Tom about what happened. Seems Tom knew old man Thursby would clam up as soon as she dropped her robe, but he won’t expose his sources. It could be assumed it came from Brodsky, but it isn’t said explicitly. Tom drives off leaving Maya at her front door, and Maya goes to let herself in, but there seems to be something wrong. The window to her front door has been smashed, and on the other side waiting for her, is her drunk, ex-husband Armando. He asks if she banged her agent then follows up the question with a backhand across her face. This bloodies her lip up pretty good, but it doesn’t compare to emotional stings she’s hitting Armando with. Turns out Armando received quite a bit of money to forget about his wife, but he argues she forced his hand, and that she was already gone. It can be perceived that this is the problem Tom was facing, and clearly money wasn’t doing the trick anymore. THey fight for a bit, but she gets him to leave. Before he cam make it to his car though, some retribution is payed to Armando, in the form of a left hook to his face from Brodsky. Brodsky tells Maya that there’s nothing left to worry about with Armando, and that he won’t be troubling her again. Brodsky says he’s not going to kill him, but the panic in Armando’s eyes as they drive away suggest whatever’s waiting for him, will be very painful. Maya admits this excites her, and it helps her sleep better that she has in a while that night.

Fade Out #3 feels like a refocusing issue for this series. The first two issues were very heavily focused on Charlie and Gil, so the fact that they’re missing from a majority of the issue is a little strange. It shows that Brubaker values all his characters, and that this story is going to be developed by a group of actions, and not just that of one character. Phillips’ art continues to delight. Ink heavy dark panels paint the perfect place for this noir style drama, and Breitweiser is adding the finishing touches by including just enough color to keep the reader rooted. The overall palette is muted and drab, which fits the undertones of this story. Despite these people being the glitzy Hollywood type, they’re really all miserable human beings, ready to off each other for a shot at stardom. The next issue is out on December 17th, and will continue Charlie’s secret inquiry as to who murdered poor Val Sommers. I look forward to picking it up.