Comics Korner: The Fade Out #4 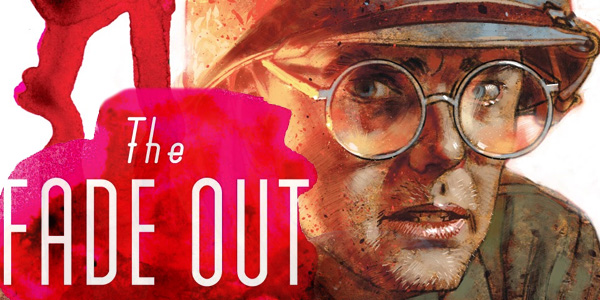 The photos get hot, the lovers do not, and who the hell is the guy in the horn-rimmed glasses?

The Fade Out #4 was released by Image Comics in the beginning of January. It is created by writer by Ed Brubaker and artist Sean Phillips with help from Elizabeth Breitweiser on colors. This issue marks the end of the first act, and barely sheds a light on how high up the ladder the murder of Val Sommers goes.

The Skinny
A lot of things happen in the span of a night, and they’re all captured within these pages. We start by hanging out with Charlie and Earl as they go visit Stevie Turner, photographer to the stars, specializing in birthday suit portraiture. Follow that up with a nice night out where Charlie may or may not be on a date with Dottie the outspoken PR woman from the last issue. And finish it all off with a heaping helping of 50’s Hollywood drama. The photos get hot, the lovers do not, and we’re left asking who the hell is the guy in the horn-rimmed glasses that can disappear? Oh and apparently Charlie knows Clark Gable.

The Good
The visuals in this book have continued to delight throughout the entire series. Phillips and Breitweiser continue making each other look good with page after page of illustrated brilliance. I really liked the look of the dream sequence, where Charlie was trying to remember how he knew the guy in the glasses. Everything is painted with this ethereal brush giving the composition a painted ghost feel. Also, the panel with Maya holding her hand down to Charlie while holding the cigarette with her lips, may be one of my favorite panels in the whole series. Something about the smug look on her face hits me square in my boy parts. The other thing I really liked about this issue was the look at Charlie’s time in the service with Clark Gable. It gave us some insight as to what might have caused him to stop writing.

The Not-So-Good
For one, the panel right before the one of Maya I just told you about sticks out so much to me. In every other panel of Maya, she has a more delicate frame, but the Maya in this panel seems sturdier. What ends up happening is the panel I was raving about looks even better due to contrast. Could have been intentional, and I’m not complaining about the results. The other thing I noticed is that it felt like the story moved faster this issue than in previous, with a lot of places and faces to cover. There’s always been a good amount of characters to remember, I mean they give a character sheet every issue, but for some reason I had a little trouble keeping it all straight this issue.

The Decision
At the end of The Fade Out’s first act, we’re not much closer to finding out who killed Val Sommers. It seems like whoever the guy in the horn-rimmed glasses is, he’s probably connected. But how high does it go? FBI? The President? Does the red scare play into this further? We’ll just have to wait and see when The Fade Out #5 is released on February 25th.