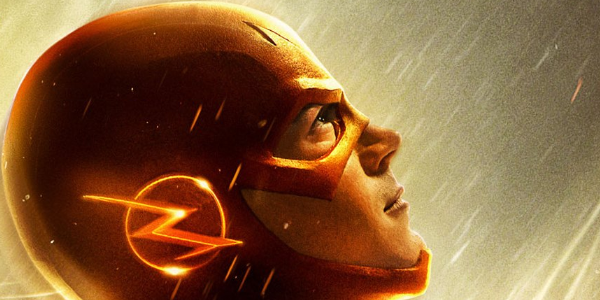 Super speed, explosions, tech jargon, and Star Wars.  It can only be Barry and Felicity.

You probably can’t get enough of this pair, and Andrew Kreisberg and Marc Guggenheim hear you all too clearly in this latest Flash: Season Zero.  It’s all about Barry and Felicity’s uncanny ability to entertain on the run, with colorful conversations and makeshift plans that could only come from the Arrowverse’s (arguably) biggest nerds.  What’s more, everything is entirely characteristic of both of the characters.  It’s easy to see Grant Gustin and Emily Bett Rickards having these conversations in the show, proving just how much they’ve brought to their respective roles.  The Flash is just how Gustin portrays him, as a bit cocky about his speed and little else, and Felicity is just as sarcastic and self-deprecating as her TV counterpart.  The story itself is just a bite sized chunk of the next Flash comic arc, but it’s enough to whet the appetite.  Everything seems to be more focused on Felicity than it is Barry, but it still utilizes his character to the fullest extent in both the serious life-saving aspects of the plot and the glib and idle small talk that makes the whole interaction between the two characters worth the lack of impulse (HA!).

Of course it’s Marcus To’s art that allows for the real connectivity with the TV series.  Not only is the action intense and satisfying, but everything is drawn from dynamically interesting angles and with appropriately conveyed levels of motion to give a more three dimensional and dashing direction to the action in the panels.  Kelsey manages to exemplify that level of detail with the use of rich warm colors to make Barry’s abilities a visual feast to behold.

Final Word: The Flash Season Zero #10 doesn’t have a lot to say.  There’s a carrot on a stick that’s gonna send more than a few DC comics fans over the edge and into their databases (It can’t possibly be…), but quite ironically for a comic about a guy who runs really fast, there’s not actually a lot of forward momentum to the story.  Instead it’s a short, but highly characteristic, romp on a windmill farm with Barry and Felicity.  As such, it’s entertaining as hell to watch these two work together to unmask the mysterious attackers.  To and Kelsey bring phenomenal levels of detail and scale to the proceedings with only a very occasional dip in the background quality.  If you’re a fan of Felicity (I know you are.) or of Barry than this is going to be the perfect Flash storyline to start with.  There’s not a whole lot here about the Flash’s own part of the story (what with Barry’s team only making a very small cameo in #9), but by capitalizing on the chemistry between the characters of Barry and Felicity, Kreisberg and Guggenheim whip up an uncomplicated but lively series of impish discourse about the dangers of being in a superheroic world.  The Flash: Season Zero #10 is an unapologeticly fun and pleasant issue that’s only made better by how simple and accessible it is.  A great read.