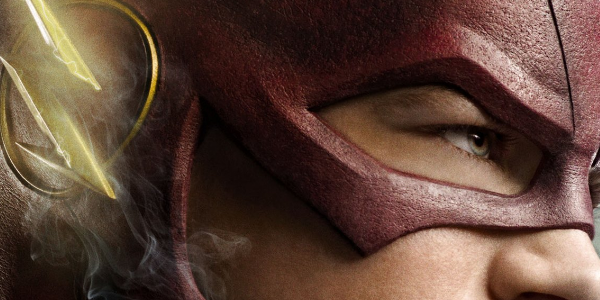 So begins yet another Flash chapter with The Flash: Season Zero #11 “Gite Marks!” *looks closer* Oh…sorry, make that “Bite Marks!”

All that’s done for and the Flash goes right back in to it’s previous groove with Phil Hester back at work on the illustrations.

It’s actually pretty good.  He’s stepped it up quite a bit from the Freak Show arc to give the characters more personality and expression.  Coupled with Kelsey’s sense of light, tone, and power effects, I’d say this is 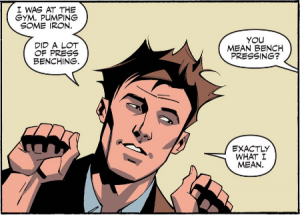 probably one of the strongest of Hester’s contribution to the series.  It successfully reflects the different tones present in the CW’s Flash.  There’s a constant shift in the setting that both artists keep up with beautifully, making the events with the panels sync with the visual presentation to allow for a clear sense of atmosphere in each scene.

The story is a simple introduction of the villain, who is a *spoiler alert* a shark man *end spoiler alert*, so you can kind of see why that one isn’t getting the live-action treatment.  It’s not particularly revealing about his identity, nor is it even very interesting (The guy is about as dangerous as Clooney’s Batman) or original (YOU MADE ME LIKE THIS, SCIENTIST MAN!).  Barry’s scenes are always fun though, including a new use for his powers that expands on his abilities in a lighthearted and enjoyable way.  There’s a little bit of mystery there too (For the characters, not us. We already sort of know what happened), which is interesting to see them pontificate and muse about after the fact, even if it ends up being sort of (for lack of a better word) stupid. 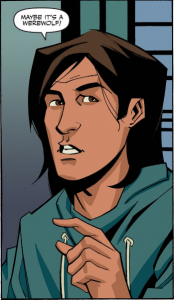 Final Word: Hester and Kelsey put forth considerable effort to give this Flash issue a better visual representation, and it shows in spades.  The atmospheres are incredibly easy to identify, making it easier to shift the mood accordingly.  Caitlin, Cisco, and Barry always have the best scenes together and this issue makes the most of that fact by giving us a few entertaining and lighthearted exchanges well worth the price of admission.  The villain however doesn’t reflect on these positive aspects.  Nothing interesting is revealed about him and we can only assume he’s dangerous based on his obvious physical aspects with no real insight in to his actual abilities (Is he super strong, or particularly durable, or is he just a guy with a freakin’ shark head?).  It’s just altogether kind of silly.

A good Flash Season Zero issue on the whole, but a crap villain dangerously close to jumping the shark (Ha!).