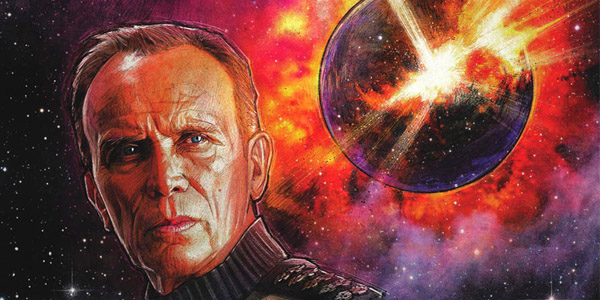 Can The Federation take advantage of Khan’s lost memories in Star Trek: Khan #4?

Having waken on a medical table Alex Marcus begins to fill John Harrison’s head with memories. Taking advantage of the situation Marcus convinces Harrison to help continue work on what appears to be an early version of the Enterprise. 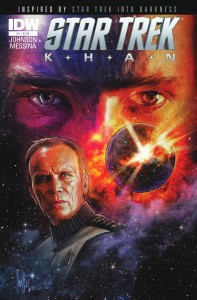 Never leaving anything to chance Marcus makes sure to monitor Harrison, knowing he eventually remember who he really and is prepared for the fallout. Harrison is able to develop warp 10, new photon torpedoes, and a personal transport system. Having developed the transport John asks to continue with the mission that he was told knocked him out of commission in the first place, an attack on the Klingons. After a short battle John plants all detonators on Praxxis a fuel mining facility for the Klingons, which orbits Kronos, and blows it to pieces. During the explosion Harrison finally realizes who he is, and Khan returns. What will happen when he returns stay tuned to issue 5.

Great continuation of the Khan prequel. Having convinced him he was someone else allowed for the development of warp drives and photon torpedoes which is a crucial part of the federations equipment. Dealing a major blow to the Klingons gives the federation a leg up in the war however gaining his memory could prove fatal to the federation at this point.