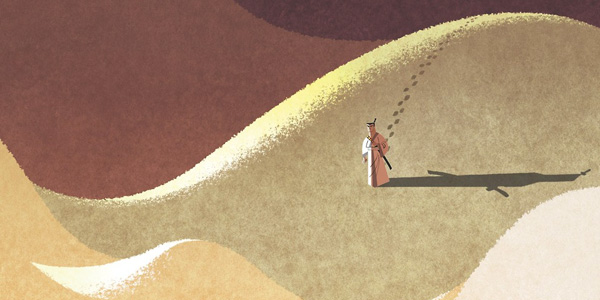 Can Jack gather the other golden threads and return to his own time in Samurai Jack #2?

After grabbing the first thread in issue one, it points Jack in the right direction for the next one.Jack finds himself in a village run by the twins, Dis and Dat. The twins protect the village with fear and taxes, feeling it’s the only way to keep it safe from intruders and visitors. Jack being the humanitarian notifies the twins that he will not stand for it and requests a fight with them. Unable to counter the paired fighting style Dis and Dat defeat Jack and send him over a cliff. 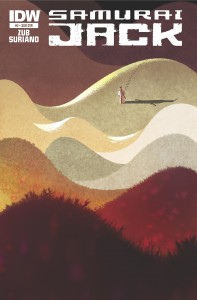 After his humiliating defeat Jack looks to the golden thread he obtained and questions his defeat.The thread reveals the secret of the twins and how they are able to remain synchronized. Their outfits are woven together with the next golden thread that Jack is searching for which enables the twins to fight as one. Challenging Dis and Dat to another match Jack is able to defeat the two of them by separating the bond of the golden thread between the two with his sword. After defeating them he removes their shirts and slices them up into pieces until he retrieves the golden threads.

Now with three of the threads needed Jack must continue on his quest to returning to his own time.Another action packed issue filled with excitement.