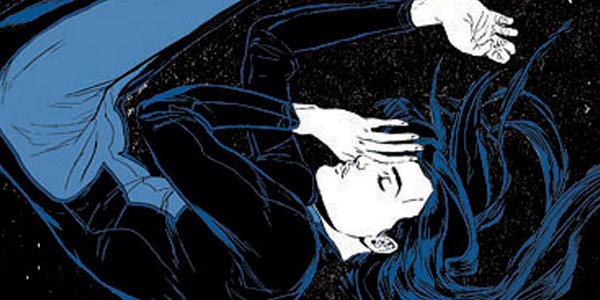 Are you looking for a change from the everyday superhero beat em up book?  Well look no further than Mara from Image Comics.

Mara is written by Brian Wood and drawn by Ming Doyle.  First I would like to compliment the artistic ability from Doyle.His panels and splash pages are done masterfully and have an elegance that you do not see every day.Combined with Wood’s story telling this book was an instant home run for me. 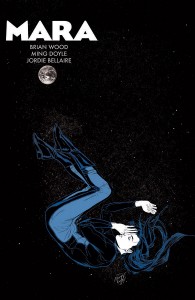 This is the sixth of the series and is set up so that you can jump in and not be lost in the storyline. The story starts off with Mara on the moon looking at the earth. The story is told via internal monologue from Mara’s point of view.She is mourning the loss of her brother and took exile to the moon while the earth sustained some missile attack. She witnesses a rocket take off and can hear the radio signal and knows its an astronaut on a mission.She attaches herself to the ship and tags along for a few weeks observing his behavior as she has internal conflict of who she is and what she wants to do. After a  several week travel she lets go of the hull and takes seven heartbeats to fly back to the moon (thus showing a major part of her power set). She contemplates her return to the earth chastising it for its failure to her but praising it for producing good people like the astronaut in the ship.

I recommend this book to all who are looking for a change in their reading.  The character of Mara has many similarities of the early Superman internal conflicts, for example the conflict with the powers, humanity, and where she fits in. Do yourself a favor and snag this hidden gem of a book at your local comic shops. And if you in the Baltimore area pick it up at Collectors Corner on Wednesday.