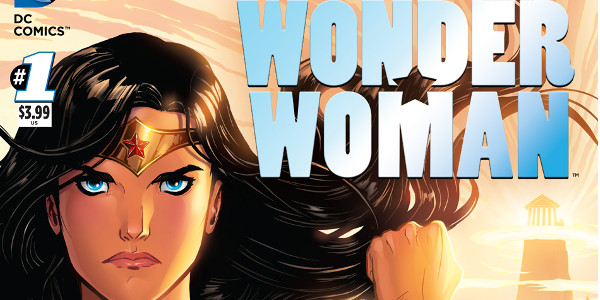 The digital comic series finally arrives in print. Exploring the early days of Diana, before she became Wonder Woman. 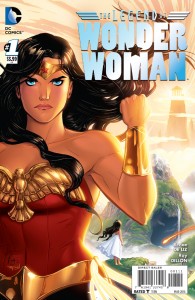 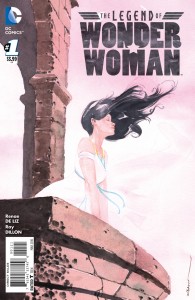 The origins of Wonder Woman have been told time and time again over the years. Readers have seen Diana take up the mantle of Wonder Woman more times than a fanboy can count. Her origin is usually through flashbacks as the story of her as the only young girl on Themyscira, but most of those origins have had Diana as the only child on this island of immortal warrior women. In this newest adventure writer/artist Renae De Liz took a different approach; Diana is not the only one who has the chance to grow up on the island.

De Liz has done a wonderful job “retelling” the origins of the Amazon and I loved the fact that she incorporated real Greek history and legends into the book. In the many legends of Amazons, Hippolyta falls in love with Theseus, and I was excited to see that incorporated in this version.

In this telling of the origin, Hippolyta and her sisters are cursed with immortality, the other Amazons all age as regular women, and are made pregnant by the Gods. Hippolyta and her four sisters, because of their immortality, unable to have children and have a yearning to have her own. But as we all know, the Gods have her create a child out of clay and then bring that child to life. Of course, that’s Diana.

When we catch up with Diana in the story, she’s about 8 yrs old. In some ways, she’s wise beyond her years and in many other, still a naive child. Diana separates herself emotionally from the other children, feeling the pressure of being the princess of the Amazons. It all seems very typical behavior in some instances.

De Liz does an amazing job making this an all-ages tale. At the same time, I found it extremely empowering and positive for young girls, with the same tone as books like Hunger Games and Divergence.

The art is just beautiful, conveying the emotion that necessary for this story, highly detailed facial emotion, but  also a sense of the flow of action in the art. I’ve seen a lot of comic artists that can draw a pretty picture, but are missing the flow that is necessary for this medium. And the art is just amplified even more with Ray Dillion’s colors. The story just pops on the page.

I’m really glad that DC Comics is collecting this digital series in print. I highly recommend picking this book up. The Legend Of Wonder Woman #1 collects the first three issues of the 9 issue digital comic and so far I’m hooked.