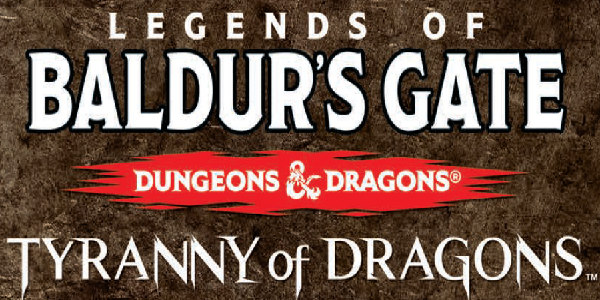 Legends of Baldur’s Gate #4 puts Delina and her brother together, but is it the reunion she had hoped for?

Jim Zub and Max Dunbar’s Legends of Baldur’s Gate adventures have been filled with fun characters, comical situations, and more than it’s fair share of action, drama, and swashbuckling (not necessarily in that order). But up until this point, both the drama and humor has been entirely situational. Now we have some real story driven events to sink our teeth in to, and as a result more of the world is revealed. But since most of the previous volumes have been spent presenting a fun and engaging world filled with brightly colored characters, the story has a lot of catching up to do. Good news, it does it all in this volume. Bad news, it does it all in this volume. Here we learn absolutely everything about what’s led the characters to the point they are in. The identity, motivation, plans, and background of the villains is revealed, and their evil machinations are put in to action. It’s all put together effectively, but not enough time has been spent on this particular part of the story to have real impact. Yes the identity and plan of the villain is both shocking and exciting, but the boldness of it is softened by a lack of time spent on either. The story has a very clear beginning, middle, and end though; and it’s efficiently contained within just nineteen pages. It works well within the series as a whole, (especially the villain’s backstory) but it also functions autonomously as an impressive plotline, all on it’s own.

Max Dunbar and John-Paul Bove bring that same level of engagement with an even more detailed world filled with characters displaying all levels of emotion, as well as a few monstrous entities. The villain’s facial expressions are twisted and intense, and satisfyingly unsettling. Plus this time there’re some classic D&D enemies here with old favorites hobgoblins and even a (*gasp*) dragon! In fact, I’d say Dunbar and Bove really put forth their best of the series thus far, with a great sense of scale, impactful angles, and varied colors and expressions.

Final Word: The pacing takes some serious hits, when the story tries to catch up to make up for lost time; and without adequate space to build up, the identity and plan of the villain lacks the impact that it’s supposed to. Regardless, there is an incredibly entertaining exchange between Krydle and Fetcher (Diplomacy Nat 20), a great large scale fight scene, and a dramatic conclusion that makes anticipation for #5 palpable. Considering all of this, even with the minor pacing problem, Dungeons and Dragons: Legends of Baldur’s Gate #4 maintains incredible amounts of personality, a unique approach to its material, and incredibly entertaining characters that drive it’s story.