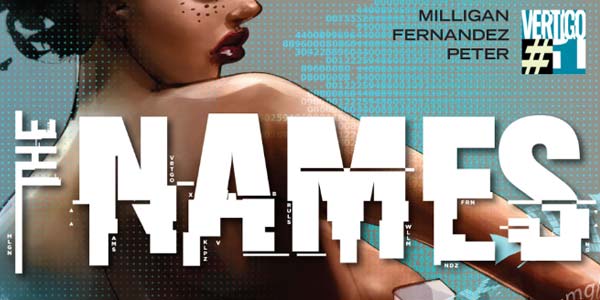 Debuting last week, under DC’s Vertigo imprint, was The Names #1 by writer Peter Milligan and artist Leandro Fernandez. An 8 part mini series, The Names is being touted as “Kill Bill meets Wall Street”. 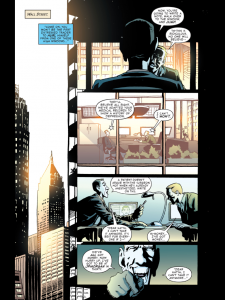 I’ve read that line enough times over the last few weeks, to feel like someone in DC Marketing is pushing some sort of agenda. I hardly ever get a good feeling when a property is described as “something meets something.” It hardly ever bodes well for said property.

That being said, the Names is fairly interesting. A banker (Kevin Walker) is “forced” to commit suicide, by what appears to be the leader (the Surgeon) of a sinister banking organization (the Names). Leaving a bunch of unanswered questions for his second wife (Katya Walker) and his son (Philip). Along with a secret, cryptic message from Kevin for Katya, to decode.

And, of course, to go seek vengeance. 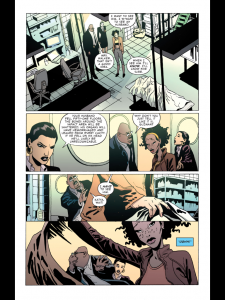 Some of the art is fairly violent, pretty bloody and it’s against women (or in this case, a woman, Katya). There’s also some nudity along with the violence, which makes it feel a bit…gratuitous. Personally, I’m not offended. However, there’s seems to be a growing backlash against this stuff in the comic book community. So, you should be aware before you pick it up.

It does say right on the cover that it’s for mature readers. Consider yourself warned.

Final verdict? Most times it’s hard to judge a series/story arc on one book alone. So, I’m in at least for one more issue. Besides, any time bankers get what’s coming to them, that’s alright by me. Even if it’s just in comic book form.