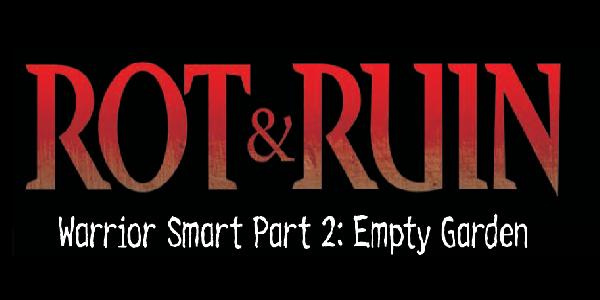 Volume one of Rot & Ruin introduced us to the character of Benny Imura, and hinted at what he had been through since the world ended. The twist is the extremely young ages of the protagonist, but that also injects the story with a certain playfulness that’s missing from the lot of more serious zombie stories. But Rot & Ruin #1’s most significant misstep was focusing more on the things that made it a zombie story, and less on the things that made it truly unique. #2 has this same problem as well, but instead of being a background issue with the narrative it’s brought right up to the foreground to become a major conflict.  It’s been done far too much to garner any reaction beyond eye-rolling. Stop me if you’ve heard this one. 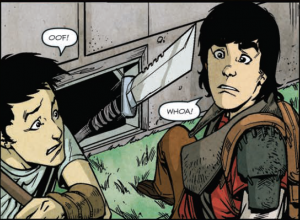 Survivors of a zombie apocalypse walk in to a hospital, they get overrun and escape narrowly with the help of a single person. This person reveals that they are part of a significant makeshift society erected by a patriarchal leader who acts kindly and welcoming to the survivors. He offers to let them join their village, and assures them that they will be safe within it’s walls. On a side note, everyone in the village is polite, southern, and just slightly off in some way. If this sounds familiar it’s because it is familiar. It’s so so *so* VERY familiar…

Rot & Ruin brings up an interesting argument though, that’s been split right down the middle. In one camp you have the people who say that zombie stories, as a whole, have run their course and should be finished, and then you have the people who will only stop wishing for a zombie apocalypse when it’s finally upon them. So, should Rot & Ruin be condemned for following the standard zombie story rules?

Yes! Because if you have something that enables you to stand out and be different and interesting, why wouldn’t you use it? 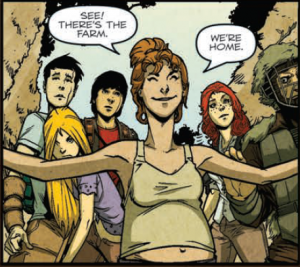 Of course there’s a farm… —

While Rot & Ruin introduces the conflict effectively enough, and it’s even a likely scenario to make sense within the context of the story, it is far too familiar to fans of the zombie genre to have any real impact. Even the art seems to be taking a holiday. The colors and hues still fit the atmosphere, but intense moments prove ineffectual without the unique visual perspectives and camera angles of the first volume. Even Benny’s internal monologues are gone, and without them there’s a huge chunk of personality from the first volume that ends up missing (and being missed). There’s a lot to love with Rot & Ruin, even though it has fallen headlong in to the first BIG zombie cliché, because the characters are still self-proclaimed Bushido practitioner teenagers who bicker like real friends and fight zombies with swords and spears (No one else has that!); but instead of that, the volume focuses on the same tired tropes that have plagued the zombie story from the very beginning of the genre. The things that make it silly are the things that make it interesting; and sadly, without those, Rot & Ruin #2 flounders and disappears in to an endless sea of zombie stories.