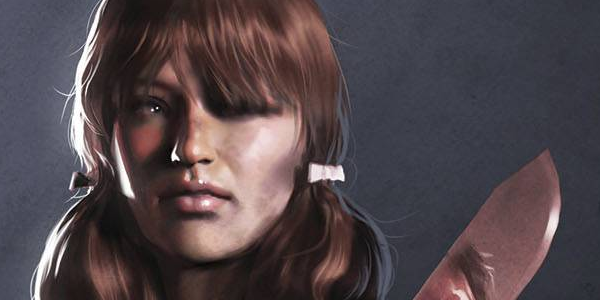 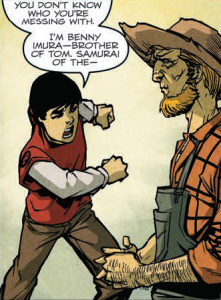 Rot & Ruin #3 puts the kids face to face with the true horror of the zombie apocalypse wasteland. The other survivors (Cause you know…that hasn’t been done before). Still, what some could consider a tired trope, others might argue as likely progression. Bearing that in mind, still has pretty much nothing to do with zombies, and everything to do with humanity. We all knew this was going to happen, so it’s hard to see this as anything more than going through the motions. The cult parallels, radical lifestyle, and livestock metaphors have all been done a million times before. In fact, the only thing that makes Rot & Ruin’s approach memorable is the pure shock value from the idea of kids being put through this kind of trauma; especially when you consider the sexual elements. It’s enough though, and despite all of the trampled ground that Rot & Ruin #3 stomps down, it does so with enough confidence and precision to tell it’s own story with no apologies to anyone (and everyone) who did it before.

There are a lot of moments that stand out in #3 that can be described as the death of the playtime precedent that was set in the first volume, by driving the actual savage nature of the world they live in home with a reality check from hell. Benny and his compatriots have experienced the danger of their world plenty of times in the past two volumes, but nothing compares to an enemy that can reason with you, study you, and learn about your disadvantages and that’s the most prominent feature of the volume; how utterly defeatable these kids are. It’s sickening enough to put a knot in your stomach, when you consider how outmatched the protagonist and his friends are against their enemies. It’s not easy to separate the connection to a story with your own personal common sense (they won’t kill anyone this early on, right?) but Rot & Ruin #3 has a way of blocking out your common sense and making you believe that the danger is real, and little things like production value, marketability, and story longevity have nothing to do with what you’re reading on the page. It’s not easy to make me worry about comic book characters (unless you count the Walking Dead and Gantz), but Rot & Ruin did it, and for that reason my hat is off to it. Bravo, Rot & Ruin #3. You scared me. 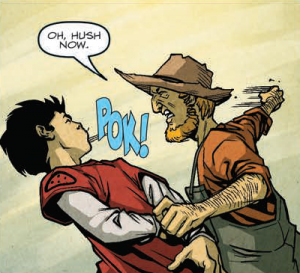 How did you think that was going to end, Benny?

Personal feelings aside, Rot & Ruin #3 is not as interesting as the first, but it is a real step up from the second. The story relies heavily on established cliches and tropes, but it does so with such sincerity that it’s hard to believe that within the context it could have gone any other way. The panel layout is pretty uninspired and sort of boring (with the exception of page 19, which is just so awesome); but the art is still just as characteristic and expressive as always, but dips in quality when things get too idle; but the action still clicks together exceptionally from a choreographic standpoint just like the previous volumes. On the whole, it’s still worthwhile for fans of the zombie genre, but if you’re looking for something new within it’s pages, you might be left wanting.