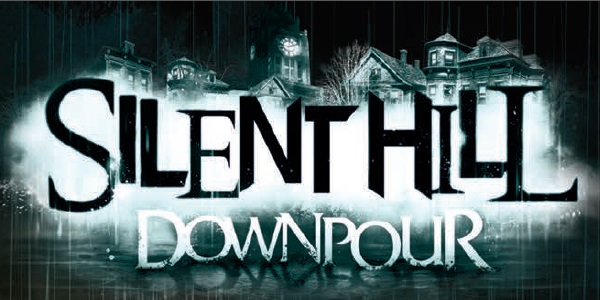 You don’t need to have played Silent Hill: Downpour to understand this side-note, but after reading Anne’s Story, you just might want to. 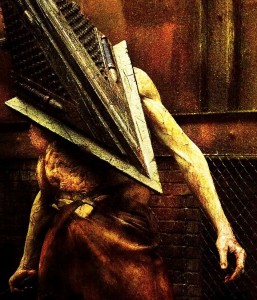 Silent Hill is a video game series developed originally for the PlayStation by the Japanese company Konami. The game is regarded by many to be the competitive answer to the survival horror standard at the time, Capcom’s Resident Evil. Though it had a similar control style to Resident Evil, Silent Hill shifted it’s focus on themes involving psychological horror by having players take control of characters with average abilities as opposed to the “super-elite” police officers of the Resident Evil series. This change in theme definitely made the horror effects of the series much more tense as the character’s abilities ended up acting as a detriment, rather than a resource. Whether you’re a fan of survival horror or video games, or neither, you’ve probably heard of Silent Hill by this point. The series has had two movies based on it released in the past 10 years (Silent Hill and Silent Hill: Revelation 3D). It’s also erected one of the series most prominent villains in to the collective conscience on the mainstream. Regardless of your knowledge of Silent Hill, no one could blame you for not hearing of the game Silent Hill: Downpour which received bad to mediocre reviews that basically forced Konami to reinvigorate the franchise (See: Silent Hills).

Well, this isn’t about the way Silent Hill: Downpour plays or how popular or fun it was; it’s about story. And while the game focuses on the escaped prisoner Murphy Pendleton, IDW’s new series, based on the game’s story, focuses on the corrections officer going after Pendleton, Anne Cunningham. I have played most of the Silent Hill games, and I purposely avoided this one because of the reviews. But thanks to this comic, I think I might be adding it to my backlog. 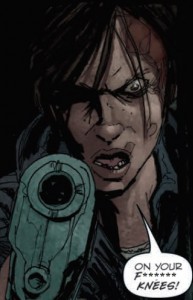 Do I really need to say “Not appropriate for children?” or is that obvious?

Anne has a deeply heart wrenching story that doesn’t require any actual context because it’s told in such raw detail. The comic has Anne falling from one incredibly screwed up bout of psychological horror to the next in the present, all the while revealing a soul-shattering past of misery, exploitation, and sacrifice. After Anne finally comes face to face with Murphy Pendleton we start to see her sanity shattering as all of the pain and misery that’s led to this point comes crashing down on her all at once. It’s really scary. Not just the messy bit of horror that seems to have followed her around since she ended up in Silent Hill, but you can see her sanity cracking with each turn of the page. What makes this so amazing is that we are experiencing this story through her eyes, so we’re subjected to the same level of grief that follows her around. And based on this sudden exposure to the context of her grief, I can’t say I blame her. Anne has been through a lot, and sacrificed a lot, and it’s all bad. It’s no wonder she’s having so much trouble staying sane.

The art itself is an absolute nightmare. Of course this *is* psychological horror, so that’s a compliment. Tristan “T-Rex” Jones really pushes the insanity home with wide-eyed expressions and almost formless monsters that prey on really basic fears with incredible success.  It’s not always detailed, and can get a little muddy at times which can definitely distract more focused readers; but Michael Spicer’s colors fit well with the pens and with the tone of the story.  He covers everything with darkness, and dirt, and filth, and grime showing the real stink of Silent Hill. He also transitions well with the change in locations providing a cleaner (but not pristine) look for the flashbacks, and even the eerie light of the fog in the city of Silent Hill itself. It’s all very accurate to the look of the game.

Silent Hill: Downpour is well known to have kind of sucked. It’s a shame, but sometimes the game part is more important than the story. None of that matters though, because Silent Hill: Downpour Anne’s Story is such a competent side-note that you’ll probably want to play the game regardless. It’s saying something when a story for a game can be so good, that you’re willing to look past all of it’s problems just to get at it. Anne is unbelievable as a protagonist that has been getting her ass kicked by the world for too long to get out unscathed. It’s tragic in many ways, but more than that it’s actually scary. Seeing how much Anne’s been through isn’t going to make you wonder why she’s starting to crack, but you will about how she’s managed to keep it together as long as she has.