Comics Korner: Star Trek: The City on the Edge of Forever HC 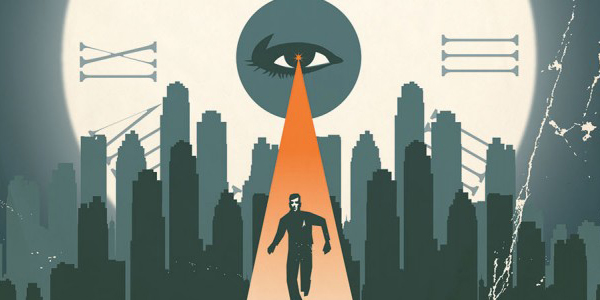 Ellison’s original dark vision for his classic Star Trek episode gets a word-for-word treatment in a new medium.

There are certain moments in television that are the benchmark for their respective genres, moments that elevate a series to a new level and transcend the decades that follow them. These are the moments that we never forget, the moments that make casual fans into diehards and further support the argument that genre is not a hurdle but a sandbox that we all can play in. Very few shows have been able to personify this notion as much as the original Star Trek. And very few hours of television have been able to convert the uninitiated as much as the Star Trek episode “The City on the Edge of Forever”.

“The City on the Edge of Forever” is widely considered the best episode of the original Star Trek series, an hour of television filled with dramatic impact and human emotion that effortlessly weaves itself into the realm of science fiction. Even if you are not necessarily a Star Trek fan – or a science fiction fan for that matter – “The City on the Edge of Forever” is a quality teleplay. It was the product of a screenplay written by Harlan Ellison, a master of speculative science fiction, and has a great deal of drama and controversy connected to its creation. The script went through a variety of contentious revisions due to differing viewpoints on whether the script was too dark and political, was submitted to show producers late, was allegedly so ambitious that it went over initial budgeted specs, and was not executed and directed completely as Ellison wanted it to be (the weight of this information varies greatly depending on who you talk to and what you read about the subject). All of that notwithstanding I was interested when I heard that IDW was planning to release a miniseries meant to execute Ellison’s original teleplay for this iconic episode the way he originally intended – rawer, darker, more in line with all of his other novels and collected works. Was the televised version of this dark and somber tale the best version? Or would it have been much more impactful if it were done the way Ellison wrote it?

I have to say that the edited version of his script that made it to television is actually superior.

IDW’s “The City on the Edge of Forever” collected edition hardcover is quite the nice package. Keeping in line with the style of science fiction novels of the 60’s IDW created a beautiful set of covers for the miniseries, a trend that they continued with the hardcover. The cover to the first issue of the miniseries is used as the front cover to the collection and it is still just as striking as it was in the single-issue format if not moreso. It looks and feels mod minimalist, which is the right tone for the era the story depicts. All of the cover images, expertly crafted by Juan Ortiz, are also inserted for your perusal pleasure in the Gallery section of the book. Scott and David Tipton handle transitioning Ellison’s screenplay into a comic script and they do a great job at formatting the small screen to comics. J.K. Woodward, who teamed with the Tiptons on IDW’s Star Trek: The Next Generation/Doctor Who crossover, provides the art for this adaptation. Woodward’s painted art is strong for the most part but gave me some of the same issues I had with his work on the aforementioned crossover: it’s a little too loose and sparse in areas. There are spots where the backgrounds have obviously gotten minimal treatment and attention in comparison to the foreground. Some of the figures also look a bit awkward here and there. With that said Woodward’s style ultimately works for this classic work way more than it did for the Star Trek: TNG/Doctor Who miniseries because it actually feels throwback in many respects.

It’s with the source material.

Look, I like a lot of the Harlan Ellison stories that I’ve had the pleasure to read. And I like his original screenplay for “The City on the Edge of Forever” for what it’s worth. But I must say that the edits that were made to place his story on the small screen were honestly necessary and more in line with how the characters in the original Star Trek interacted with one another and their world. Ellison’s vision is a great deal darker than it needs to be to be effective. When it comes to Ellison, though, this is par for the course and something his writing is universally known for so take that as you will. The original ending that Ellison proposed falls flat, lacking the more human elements that exist in the televised version. One of the added appendices in the collected hardcover edition is the complete original script; reading that script then comparing it to the script that eventually made it to television gives you a perspective on how dark this episode could have really been . . . and how that darkness would have hampered the humanity of the piece in many aspects.

“The City on the Edge of Forever” is worth a read if you are a Trekkie. I enjoyed it for what it was. But I am also thankful that sometimes extremely talented people like Harlan Ellison have people running interference for them because sometimes we all need some redirection. The televised choice was the right choice – and this adaptation proves just that.