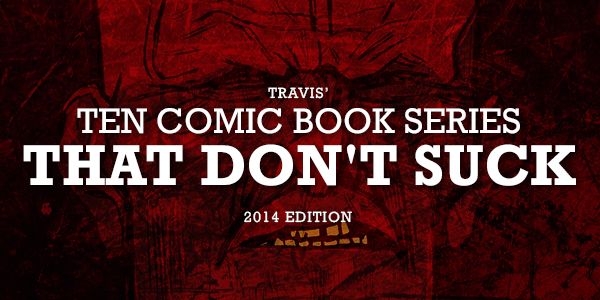 You’ll never guess who made my list of ten series you should be reading. Ok well you probably could, but you should click this anyway.

Happy New Year everyone. We were asked to put together a top ten list of whatever we wanted, so I thought I’d go the easy route and picked top ten series. At first I was eager to develop my list, the list of titles I think you should be reading, or the ones you might have missed from 2014. However, it became very clear, rather quickly that it is difficult to justify the rankings when I hold the same regard for a lot of these titles. Their position on my personal leaderboard (which I keep in my bathroom) changes from week to week, and there are definitely some titles that were hard to cut (Sundowners and Spread to name a couple), but I managed to cull a list down to ten series that don’t suck. So without further ado… 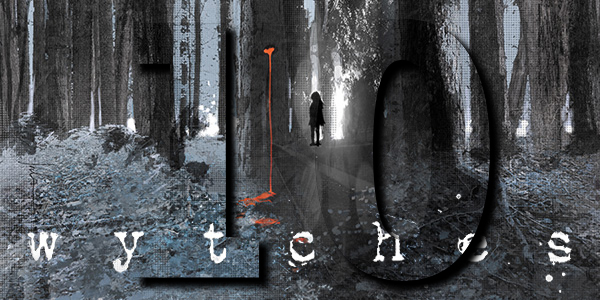 Wytches only made it to issue 3 in 2014, so it’s hard to gauge how good this series will be at this point. However, in that short period of time, the creative team have peaked my interest with a chilling story about the horrors of man and the creatures that go Chit in the night. The art fits the story so well, and is colored using a layered and textured style causing the reader to wade through pages that feel cluttered and unnerving. The series looks to continue it’s dismal path, as one of the lead characters, Sailor, fights for survival after being pledged to the Wytches. 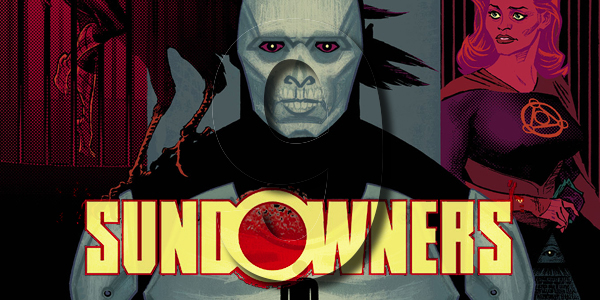 Sundowners is a superhero story unlike the ones you see from the big 2. These heroes come together at a local superhero anonymous meeting and discuss their delusions of peril. The story toes the line between justice and insanity, and leaves the reader questioning the psychological state of the heroes as well as the severity of the threat. Each issue has me slipping further and further into the Sundowners madness, forgetting that these really might just be a bunch of psychos in spandex. The art plays up the psychosis very well at times, putting us inside the heads of the heroes then showing what’s really going on around them. It’s a pretty cool series, and one I look forward to continuing.

Sex Criminals saw its start in 2013, but I think it really hit its stride this past year. The story follows two main characters, Suzie and Jon, who have the ability to stop time with their orgasms and move around in the quiet (or Cumworld depending on who you ask). Naturally this leads to Suzie and Jon taking advantage of their abilities and using them to raise funds in a less than legal fashion. The story is so absurdly fun. I got a lot of pleasure by reading this series while riding the PATH train to and from NYCC, and enjoying the random looks I’d get. Akin to reading a Playboy on an airplane I imagine. Zdarsky paints an almost magical world, which plays up the mystery behind the quiet really well. Jon and Suzie are so meant for each other, that you can’t help but root for them. There’s a lot of good things about this series, but I’ll leave it at how many other comic books do you know of that feature some Kama Sutra type illustrations? Swaffling helped my marriage. Just sayin. 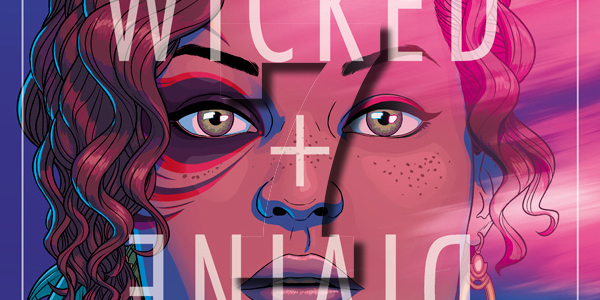 The Wicked + The Divine is a story about modern day gods and the lives they lead. They start out as normal people, but develop superhuman abilities and attract the attention of the world’s media. Along with abilities comes a curse. Two years is all they have left to live, so the gods of The Pantheon waste little time on follies of man. Oh, and these gods also happen to be teen pop superstars. The first arc centers on Laura, a teenage fan-girl and her relationship with the modern day Lucifer as they try and figure out who framed Luci. Oh yea, forgot to mention that. Luci is an attractive blond woman in a white pantsuit, and she can make your head explode with a snap of her finger. The art for this series is fun and energetic, with perfectly detailed faces atop a vibrant palette. I was skeptical at the onset, mostly of how a grown ass man can relate to the turmoil of a teenage girl, but with each issue I find myself liking this series more, so cast aside the doubts and give this series a gander. 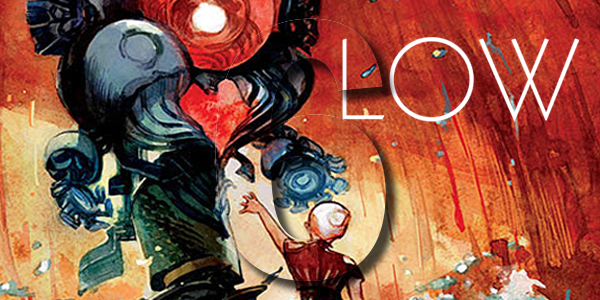 Low is set in the far distant future on an Earth that is reeling from the expansion of the sun. The surface has been compromised, so society is forced to retreat under the sea to shielded cities similar to the famed lost city of Atlantis. We follow the Caine family as they are torn asunder by savages, and left to cope with loss and letdown. The prevailing theme is hope, which we find in Stel, the main character of the story. Despite her demeanor, she is met with trial after trial as she struggles to keep her family together, air in her lungs, and hope in her heart. Aside from a fairly interesting story, I’m reading this series just to look at the mesmerizing art of Greg Tocchini. His world is so fluid and loose, allowing the illustrations to reach a dream state type of softness. This reacts with the vibrant colors for a fantastic one-two punch that fills issue after issue with compelling images. Things don’t seem like they’ll be getting easier for the Caines any time soon, which delights me to no end. 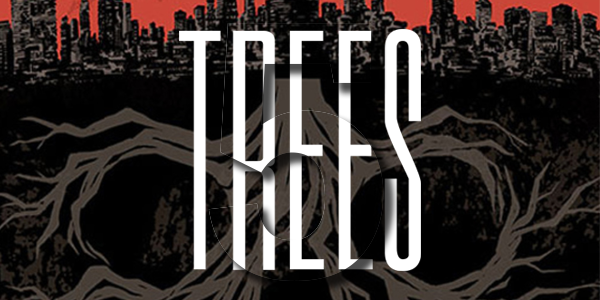 Trees is a bizarre science-fiction series about Earth, ten years after being inhabited by seemingly lifeless alien Trees. The story has a collection of point of view characters, each offering a little more insight as to the overall issue of the Trees. As the story progresses, we also learn that the Trees might offer military advantages, but they come with a cost. Some scientists have been studying the flowers growing around the base of one of the Trees, and have come across something shocking. I really like the dichotomy found in the characters, with each one dealing with their own issues surrounding the Trees. Ellis also uses this series to comment on some very real life issues, including transgenderism and race with expert and intelligent depiction. Howard created a very well drawn and expressive environment that offers just enough emotion to feel realistic. It took me a couple issues to get into this story, but I’m thoroughly glad I stuck with it. 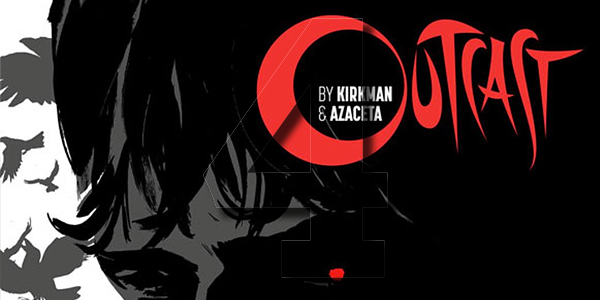 Outcast is the newest offering from the mind of Walking Dead creator, Robert Kirkman. The story is a supernatural horror about a guy named Kyle and the demonic possessions that take place around him. Together with the Reverend, they try and figure out what Kyle’s abilities mean, and how they can use them to save everyone. The art is dark and textured, with creative use of lighting effects. Some scenes are straight up horror gore, reminiscent of The Exorcist, while other scenes are cleaner yet creepy all the same. This series is so good, that it not only outsold The Walking Dead on its initial release, but is already being turned into a television show for Cinemax. The first arc ended with the release of issue 6 this month, and provides a great jumping on point for the start of the next demon hunting arc, particularly with the first trade paperback due out in January. 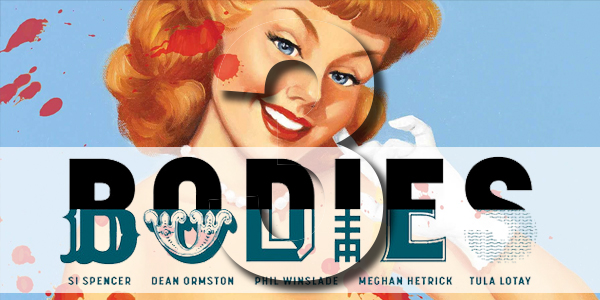 Bodies is a very intriguing murder mystery story that spans over a hundred years and features four different detectives. The crimes take place in 1890, 1940, 2014, and 2050, and we get to peer into each time frame and watch the sleuths of their respective times work. Each gumshoe finds a murder victim bearing similar marks and resemblances in their version of London. As the story progresses we see the timelines overlapping and intertwining, showing that Spencer has written a very intricate tale. What really sold this idea to me was that he has given one of his four characters to each of the four artists working on this series. What results is four fantastic stories rolled into one, with each time period and detective having a unique feel and flavor. What started as a summer event will soon wrap up with issue 7 due out in January 2015 and the conclusion due in February 2015. The creators should know that this series is loved. 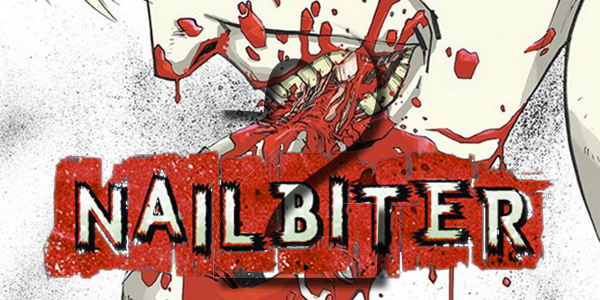 Nailbiter is a chilling series about a little Oregonian town called Buckaroo, which happens to be the home of sixteen of the craziest serial killers you can imagine. A special agent has come to town to unearth the mystery, but goes missing before he can reveal his secret. So his long time friend teams up with local law enforcement to help locate the agent and and put the problem to rest. The story twists and turns, not allowing the readers to focus too much on one thing, leaving more questions than answers. Henderson and Guzowski are illustrating this spawn of Twin Peaks and Se7en so eerily well that it amplifies the suspense and causes the little hairs on my arms to stand up at times. I’ve used all the puns I can think of to describe how excited I am to see where this series is going, but I’d be remiss if I didn’t tell you that this is a series you can really sink your teeth into. 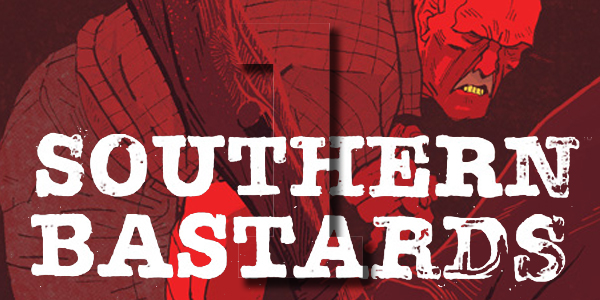 Southern Bastards is a fantastic southern-fried crime drama, filled to the brim with bbq food, football, and bloodshed. The first arc centered around an unlikely hero named Earl who’s gone back to his hometown of Craw County, Alabama and found himself forced to stand up for a town that won’t do it themselves. It ends up costing Earl a lot more than he bargained for, but there’s a cliffhanger that left me hopeful. Latour’s style throughout this series is built on red tones, which starts each page with a good, rage-colored base. The people are all a little off-colored, which makes the cast memorable and enjoyable. The story lures you in, then punches you in the gut, and now, with the second arc, we’re left finding sympathy for the same man they made us despise in the first place. Damned bastards and they’re great writing. This contrast could make for an interesting meeting, especially if Earl’s daughter comes to town in the third arc. All I know is I plan on reading this one to the bitter end.

So there it is. My top ten. If you liked it, sweet! If not, tell me where I went wrong down in the comments section and maybe I’ll listen to you, but I doubt it. Hope you and your’s have a safe New Year, and we’ll see you in 2015.